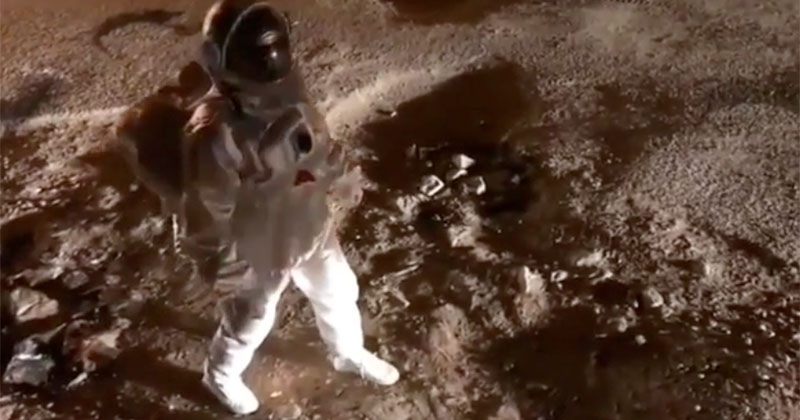 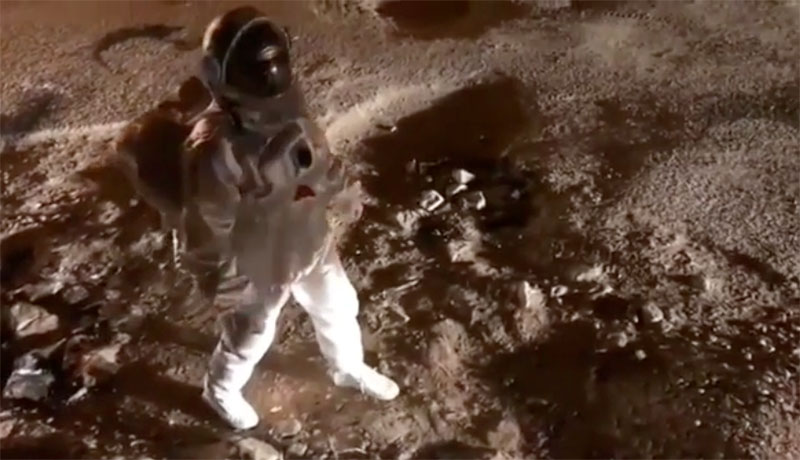 In an effort to bring attention to the terrible road conditions, he created a parody video where he pretended to be an astronaut walking on the moon—that is until a car passes by and the camera pans to show the road.

Check out the viral vid embedded below.

Not only was the video successful in creating awareness about the problem but it led to direct and actionable results. As the city was forced to promptly respond and road crews were filmed fixing the potholes!

Check out the video below for proof.

The creative approach has even spread to other parts of the globe, with Baadal recently sharing a video of another activist in Mexico using the same concept to spurn his city to action.

Check out the video embedded below.

Baadal Nanjundaswamy has actually become well-known for incorporating potholes into his street art. If you want to see more check out his work on Facebook.

You can also see a close-up photo of his homemade astronaut helmet below. Bravo Baadal! 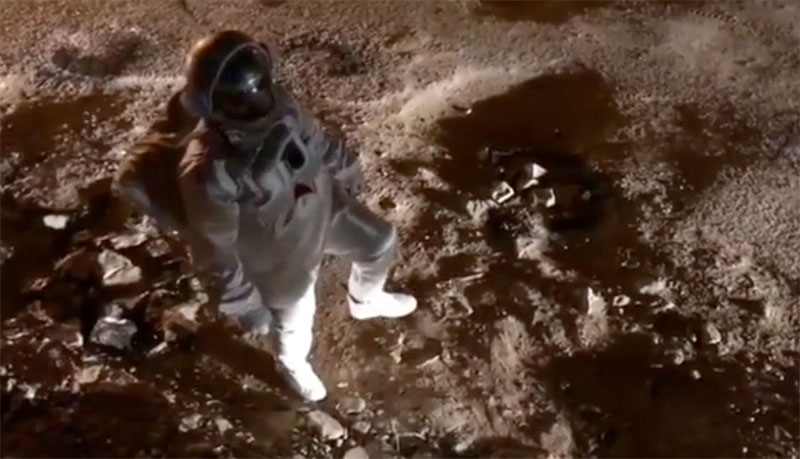 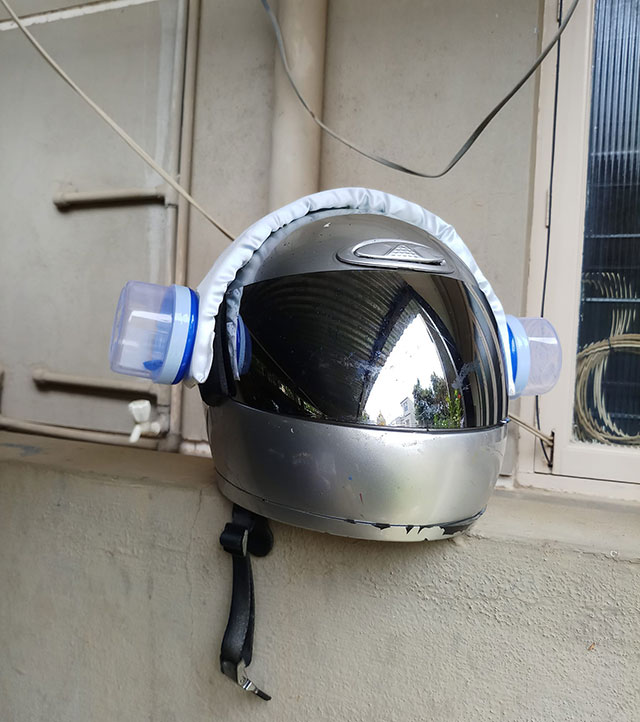