This is the Most Ambitious Stop Motion/Timelapse Painting I’ve Seen. Nearly 3 Years in the Making 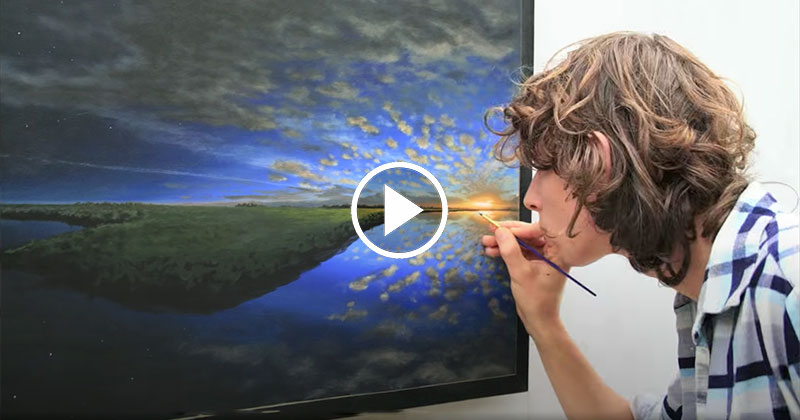 “I Paint” is an ambitious stop motion/timelapse short film by artist Thijme Termaat. In an interview with Reality Sandwich, Thijme says it took him roughly three years to complete:

It took me roughly three years to complete I Paint. I made it entirely alone, without any help and without a script. It is a combination of time-lapse and stop-motion, just still pictures with no digital effects. In fact, one could have made such a movie a hundred years ago. With the intention to make an inspiring video animating this blurred reality-experience, I just started working slowly towards the end of the film, frame-by-frame. Some frames took me whole days to create. If you look closely you can see my hair growing about six inches before I put it in a knot in the middle of the film.

The music in I Paint was chosen from the start. I used Nigel Kennedy’s version, but I could not afford to pay the rights I needed to put it on YouTube worldwide so I had to make a remix of the song. The exact timing was needed to enlarge the flow-like feeling of the video. Every single note, I transformed into a stroke of my brush, a color appearing or whatever else I wanted it to be. This is the way I experience music when I paint. I wanted all elements to fall together seamlessly and create a more ‘whole’ experience. [source]