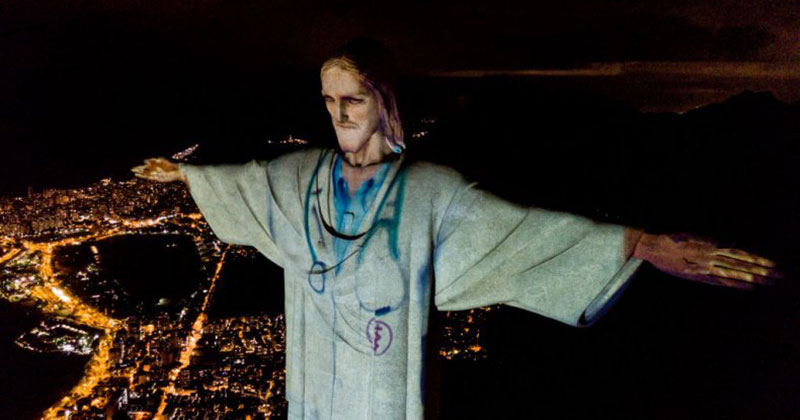 In a moving tribute to front-line healthcare workers around the world battling the pandemic, Rio de Janeiro’s iconic Christ the Redeemer statue was illuminated on Easter Sunday with doctors, nurses, and flags of several affected countries; along with words of gratitude and encouragement to “stay at home” (fique em casa).

Rio’s archbishop, Dom Orani Tempesta, performed a mass at the base of the statue during the light show, in which he paid tribute to medical workers. This is the second time the monument has been illuminated in response to the pandemic. [source] 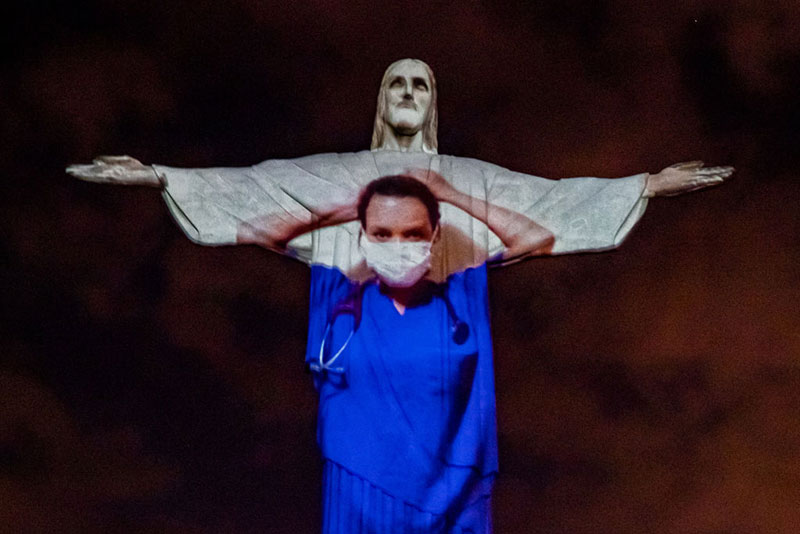 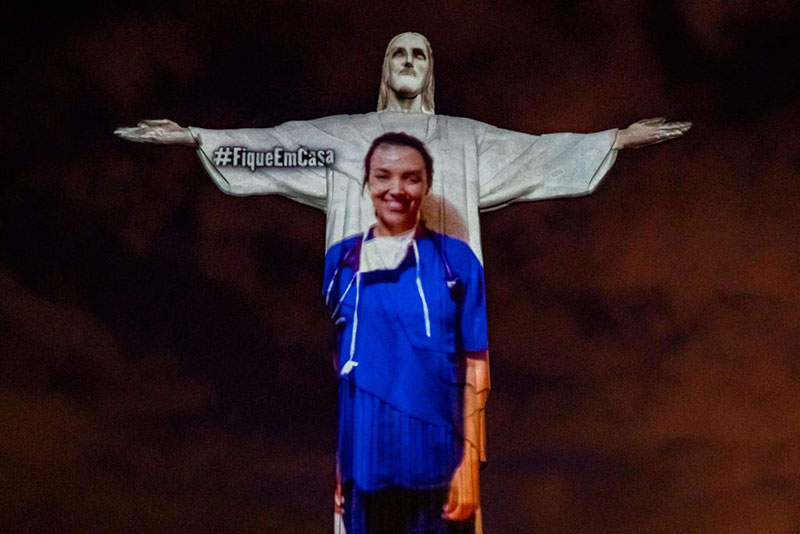 The statue weighs 635 metric tons (625 long, 700 short tons), and is located at the peak of the 700-metre (2,300 ft) Corcovado mountain in the Tijuca Forest National Park overlooking the city of Rio de Janeiro. [source] 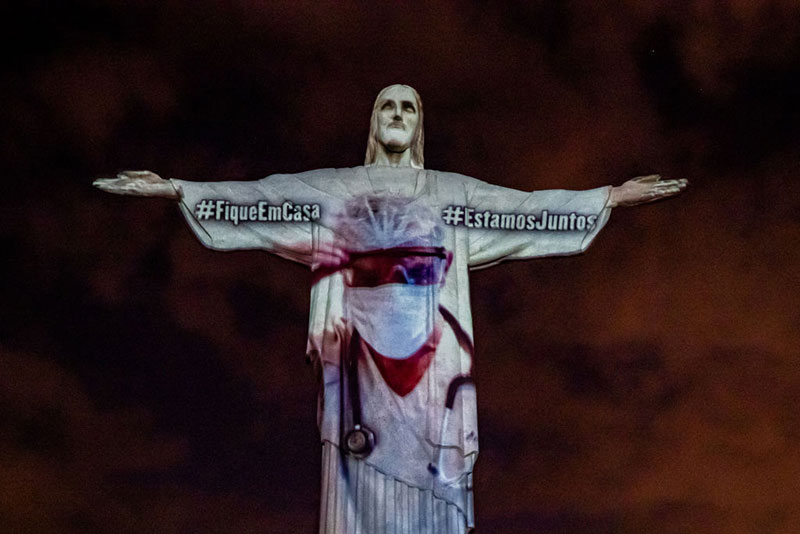 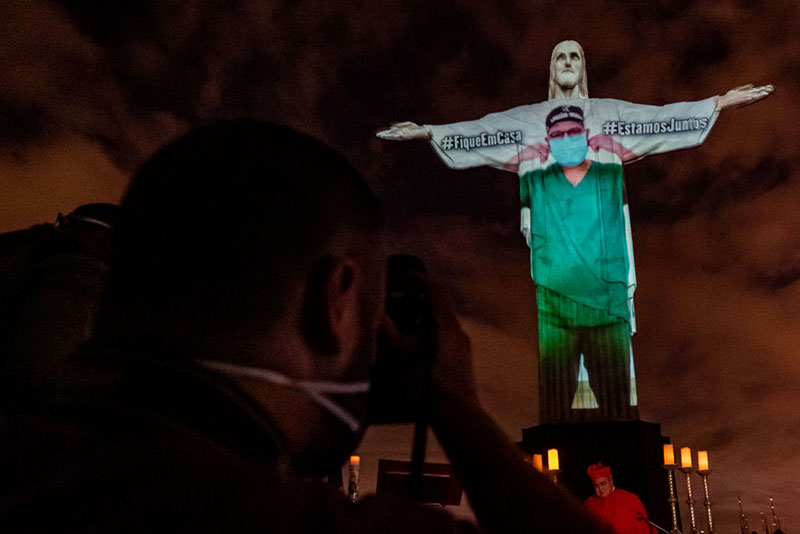 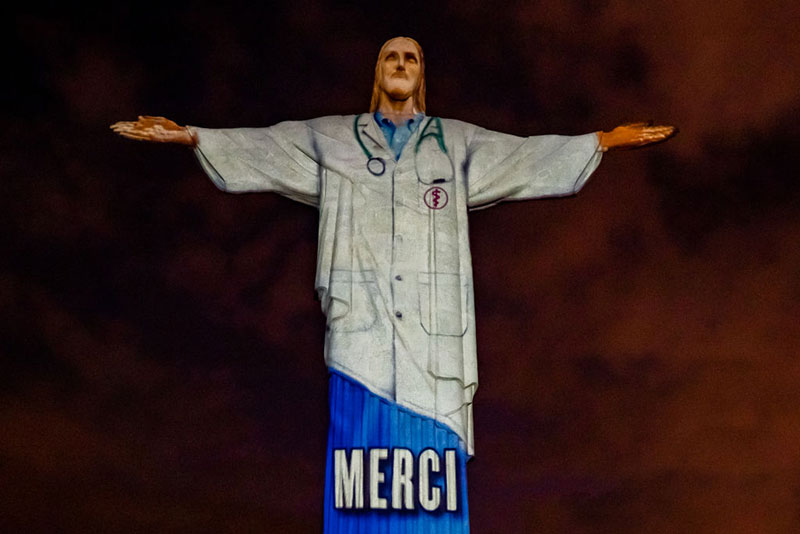 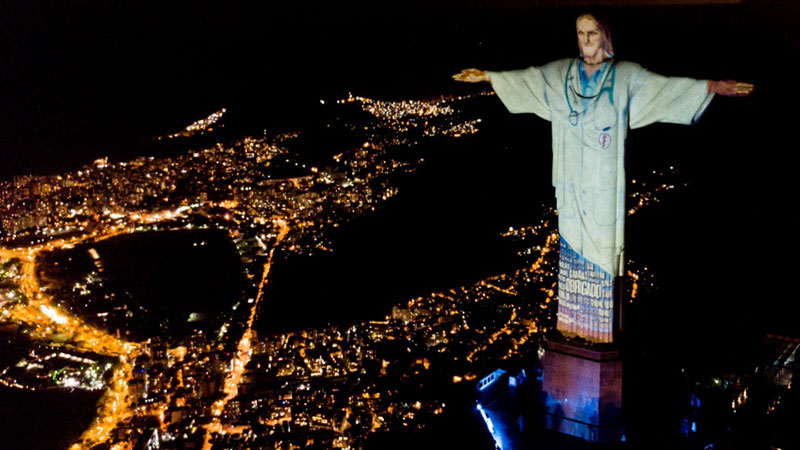