This Space Engineer Hates Touchscreens So She Built a Rotary Cellphone 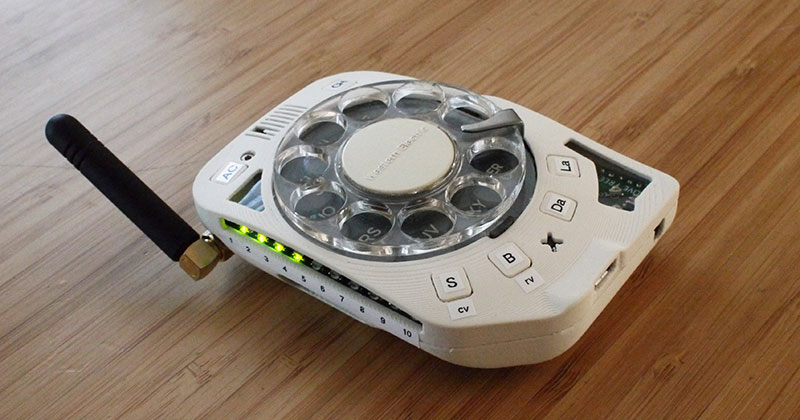 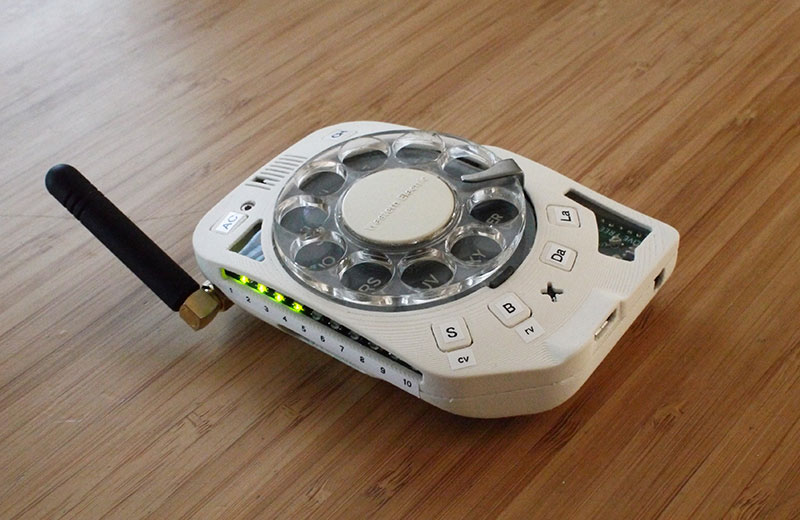 Justine Haupt, a space engineer at Brookhaven National Laboratory, doesn’t care for touchscreens—so she built and designed her very own rotary cellphone. Why?

“Because in a finicky, annoying, touchscreen world of hyperconnected people using phones they have no control over or understanding of, I wanted something that would be entirely mine, personal, and absolutely tactile, while also giving me an excuse for not texting.”

Justine says she’s not trying to be anachronistic, she just wanted to demonstrate that it’s possible to have a perfectly usable phone that goes as far from having a touchscreen as she could imagine. Justine takes it a step further and believes in some ways her rotary cellphone may actually be even more functional:

– Real, removable antenna with an SMA connector. Receptions is excellent, and if I really want to I could always attach a directional antenna.

– When I want a phone I don’t have to navigate through menus to get to the phone “application”.

– If I want to call my husband, I can do so by pressing a single dedicated physical key which is dedicated to him. No menus. The point isn’t to use the rotary dial every single time I want to make a call, which would get tiresome for daily use. The people I call most often are stored, and if I have to dial a new number or do something like set the volume, then I can use the fun and satisfying-to-use rotary dial.

– Nearly instantaneous, high resolution display of signal strength and battery level. No signal metering lag, and my LED bargraph gives 10 increments of resolution instead of just 4.

– The ePaper display is bistatic, meaning it doesn’t take any energy to display a fixed message.

– When I want to change something about the phone’s behavior, I just do it.

– The power switch is an actual slide switch. No holding down a stupid button to make it turn off and not being sure it really is turning off or what. [source] 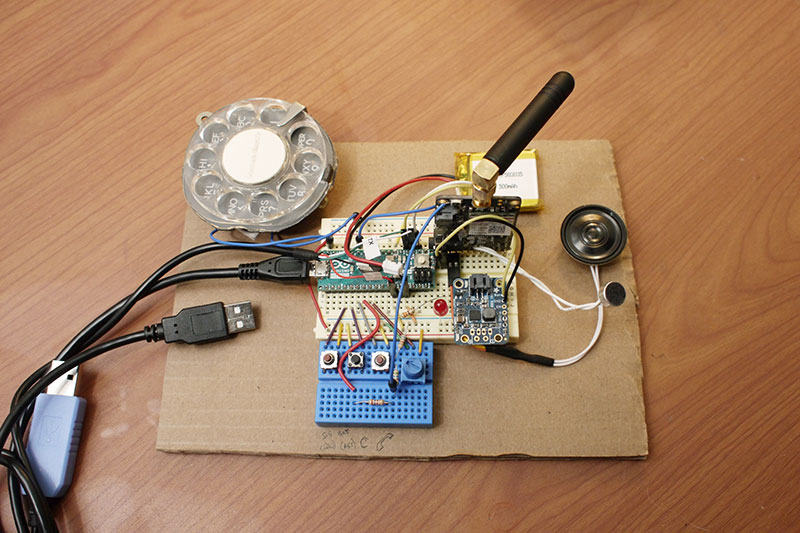 “Originally I was intent on making this a quick and dirty project. I laid everything out flat to make a proof of principle phone and used an Arduino Micro as the controller.” [source] 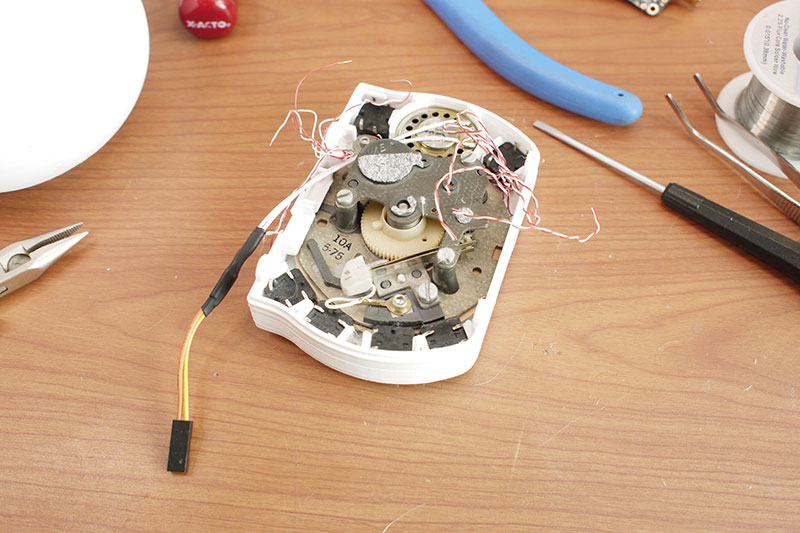 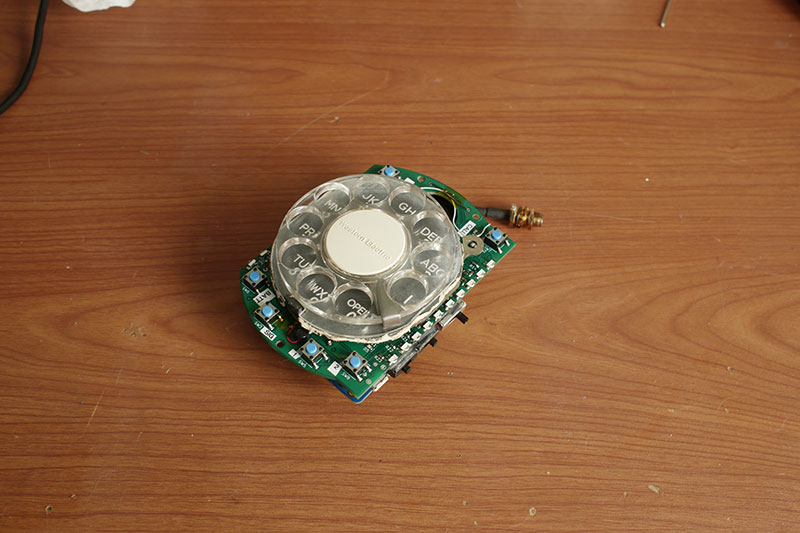 After the project went viral, Justine decided to make her rotary cellphone available in kit form. Builders will still need to find the right rotary dial and order a handful of other bits, but the “hard part” (the mainboard and the 3D printed casing with threaded inserts and buttons shown below) is available for sale.

Justine has also open sourced the design elements. You can find build notes and explanations here, and the actual design files here. 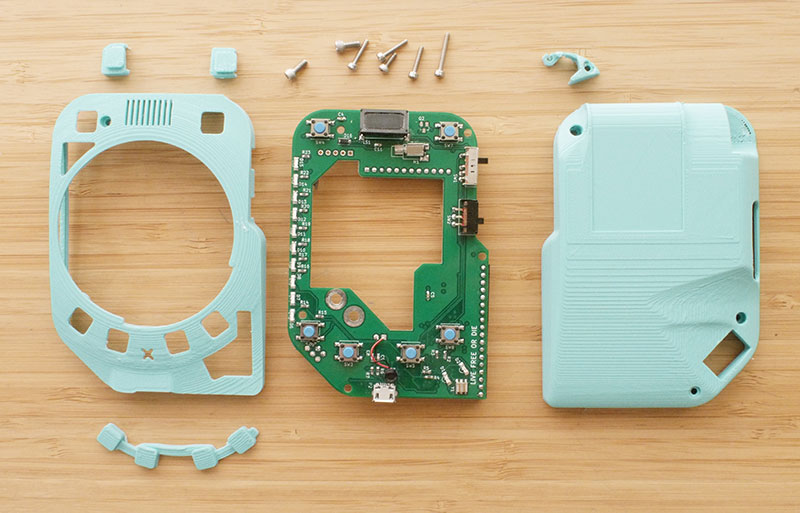 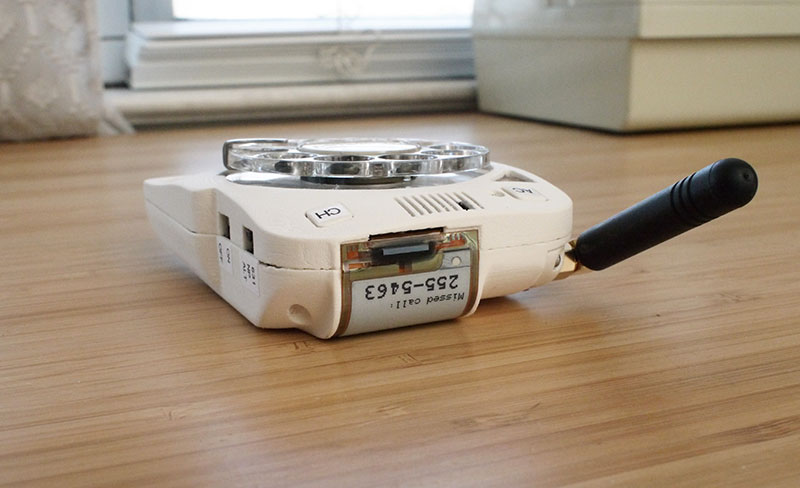 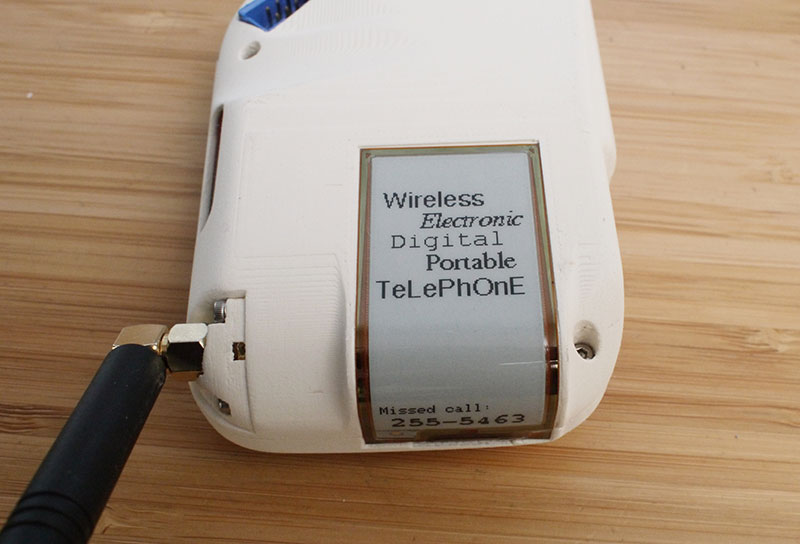 “The curved ePaper display on the back was a later development in the creative process but it’s now my favorite part. I think of the screen as having two sections… the part that’s facing toward the top of the phone, and the part that’s wholly on the back. In this way I can have relevant messages display on the top part ‘pager style’, like the most recent missed call. And still have the back available for other messages, or for contacts lists, etc.” [source] 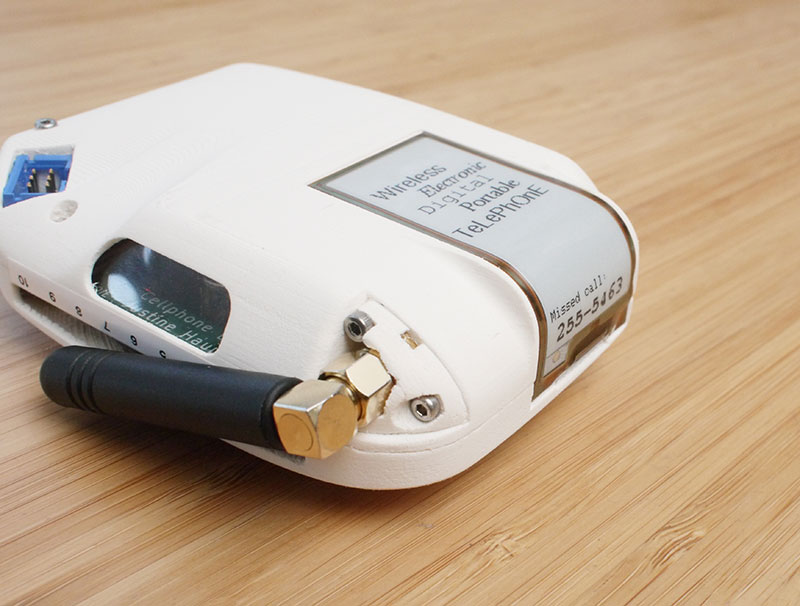 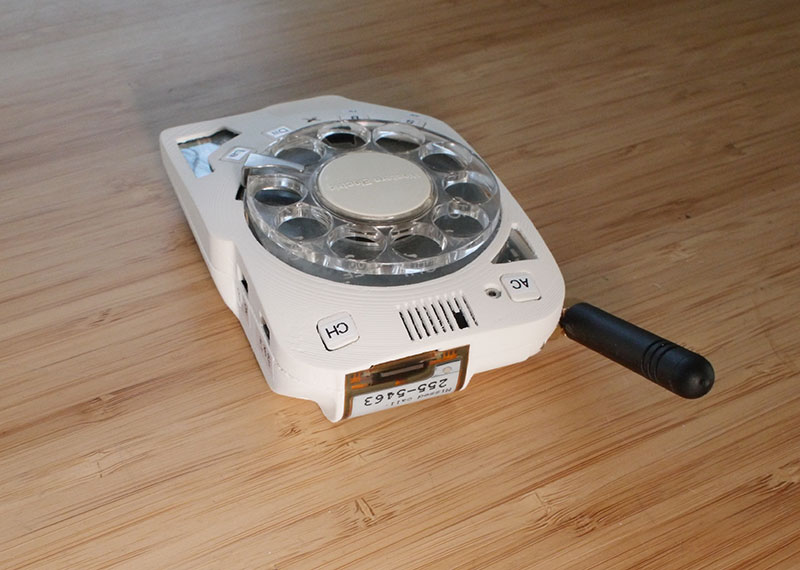 You can read the full explanation of the build and design on Justine’s website. If you’re interested in a kit, visit Sky’s Edge. 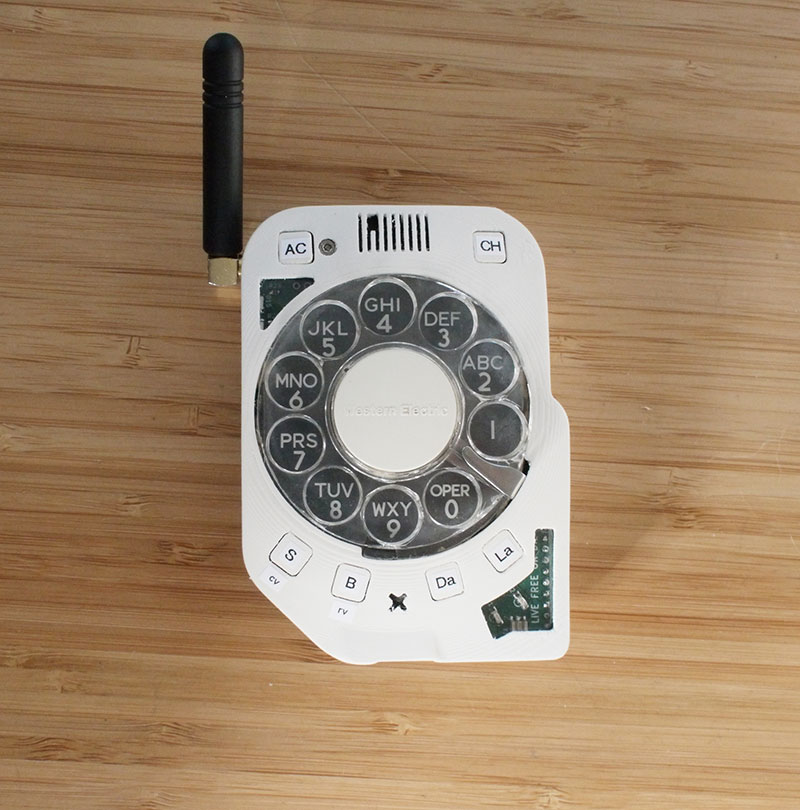 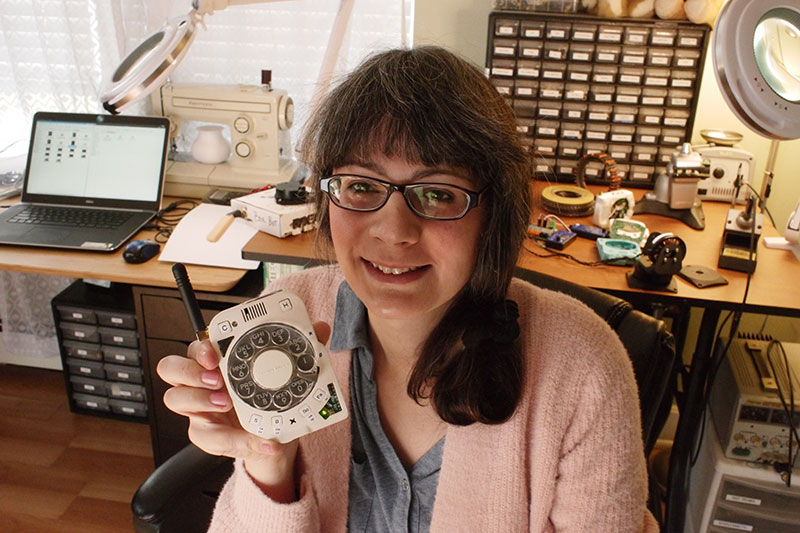