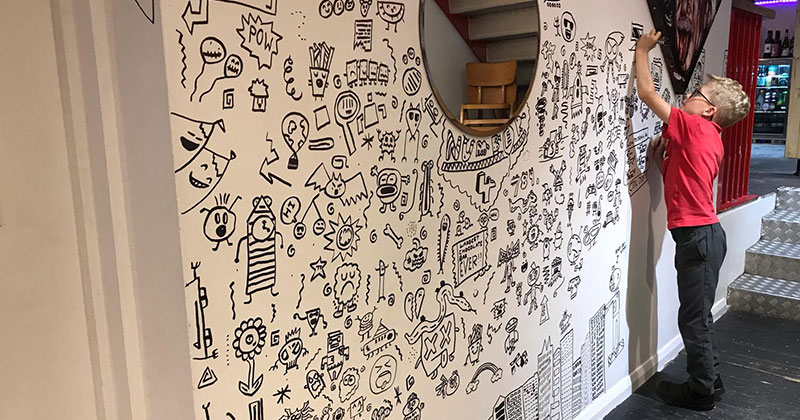 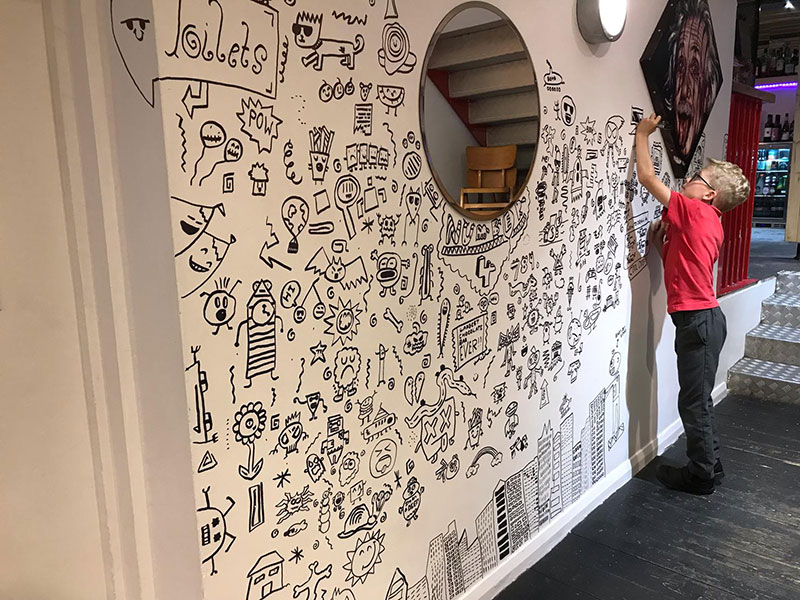 Nine-year-old Joe Whale was doing great at school. According to his Dad, Greg, he was excelling in academics and even got placed into the gifted program at age 4. He also loved playing football and cricket but his biggest passion was by far, drawing. And it was this love that was getting him into a bit of trouble.

Apparently Joe was frustrated at the little amount of art he could do at school, so he resorted to constantly doodling on the whiteboard in class, which in turn drew disapproval from his teachers.

So his parents decided to enroll him in an after-school art class where he flourished. His art teacher was so impressed with his work that she (with permission) shared some of his drawings on Instagram where it was spotted by a local restaurant (Number 4 in Shrewsbury, England) who reached out to hire Joe to decorate their interior.

The rest is as you say, history. Joe now has a blossoming online following where he calls himself ‘The Doodle Boy’, and looks forward to growing and nurturing his passion for art. 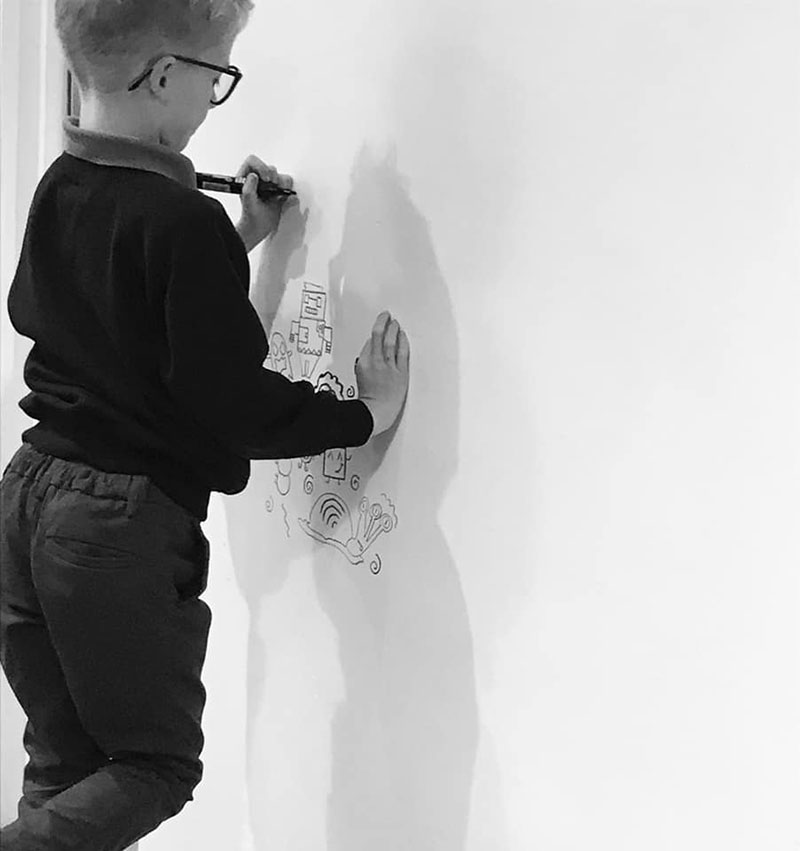 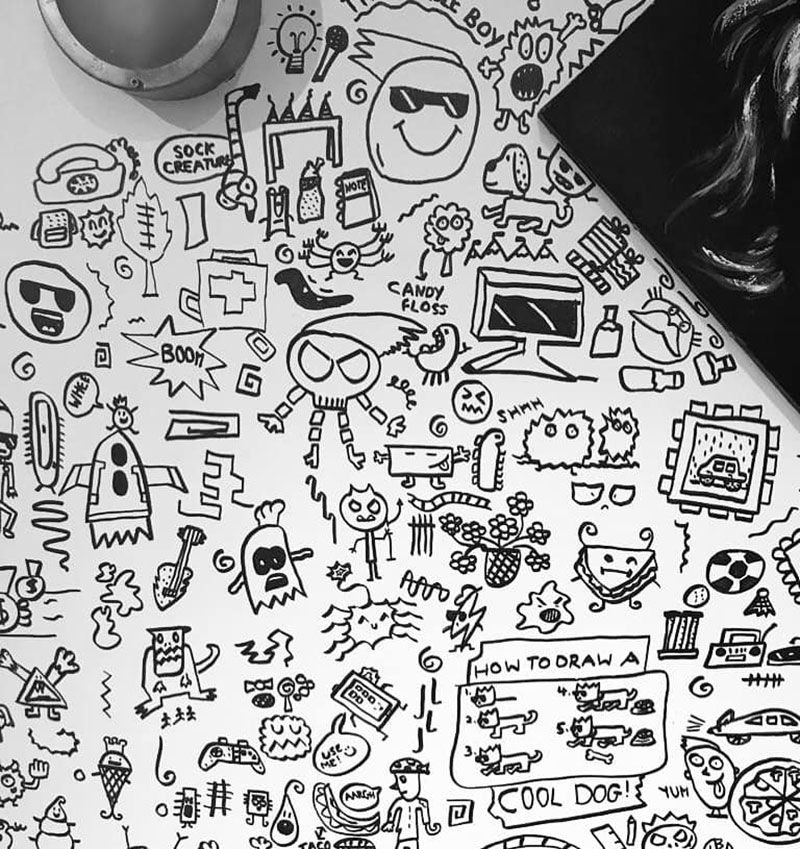 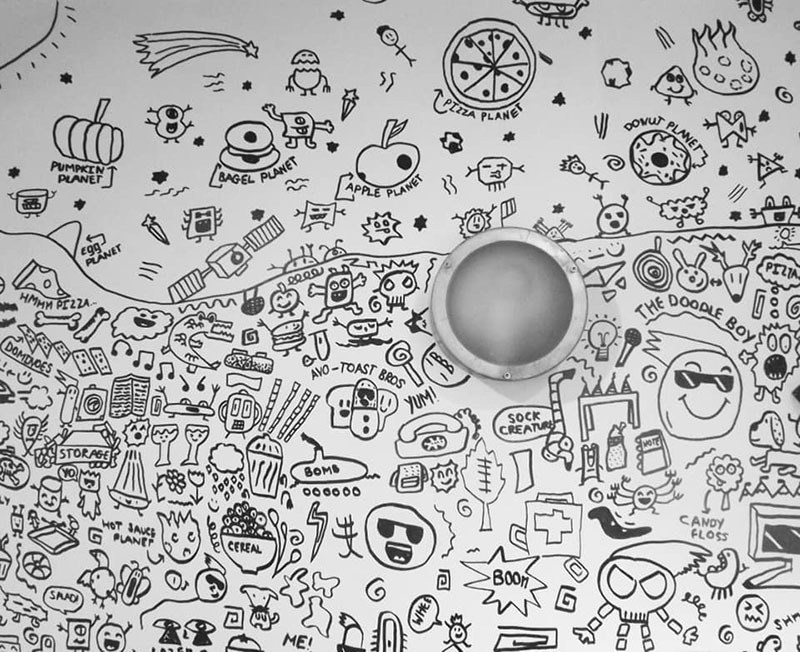 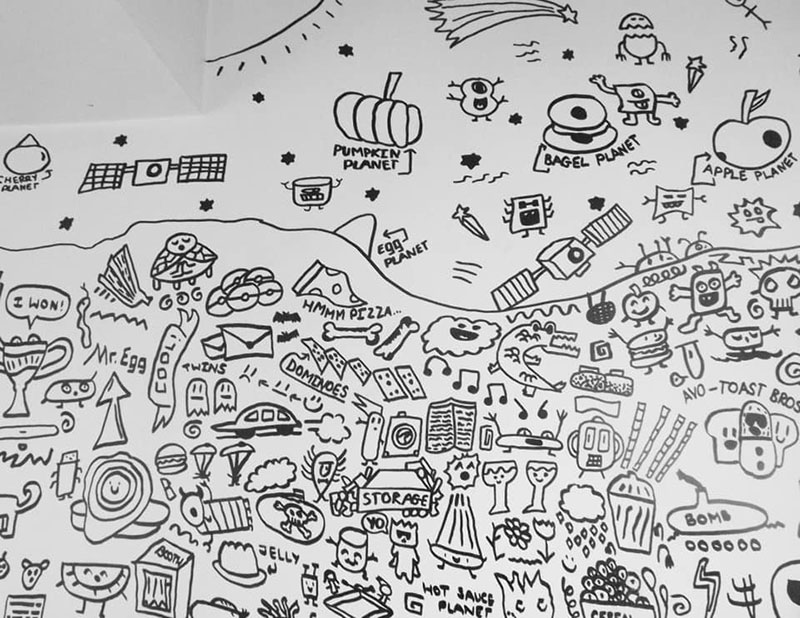 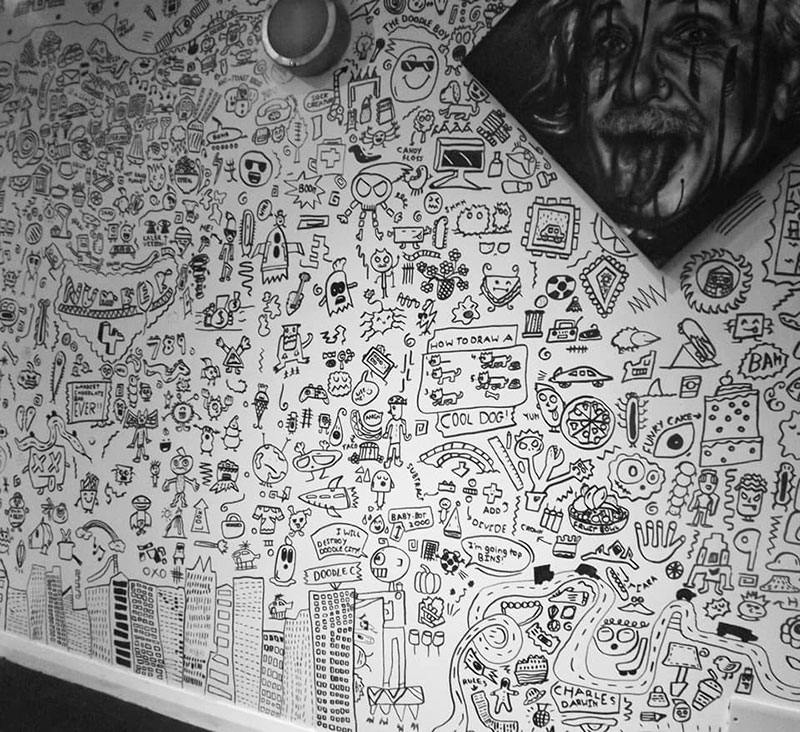 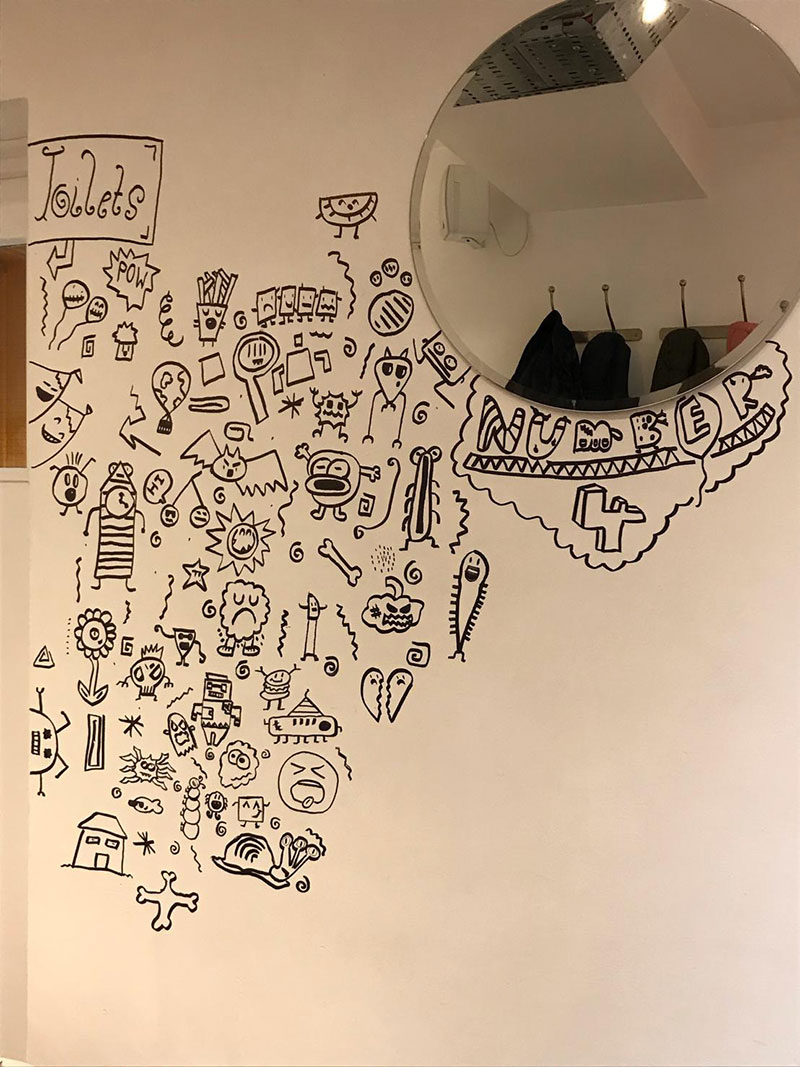 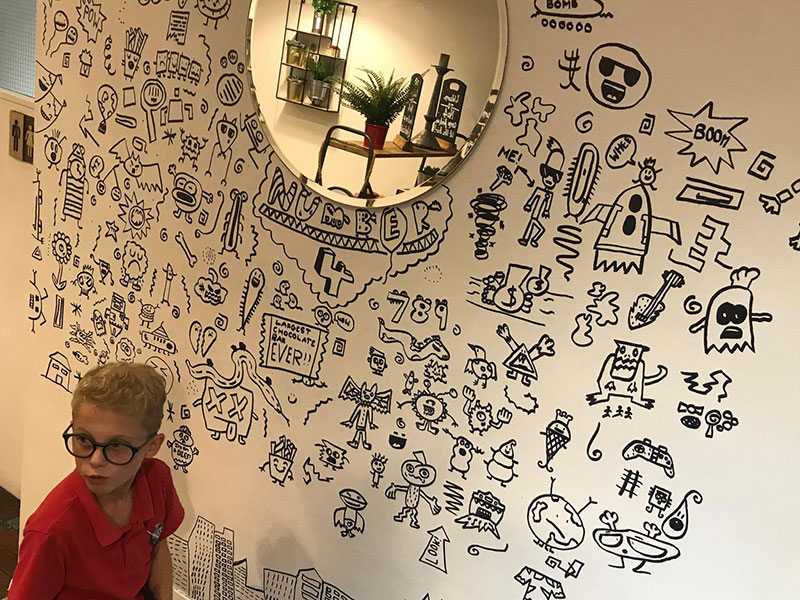 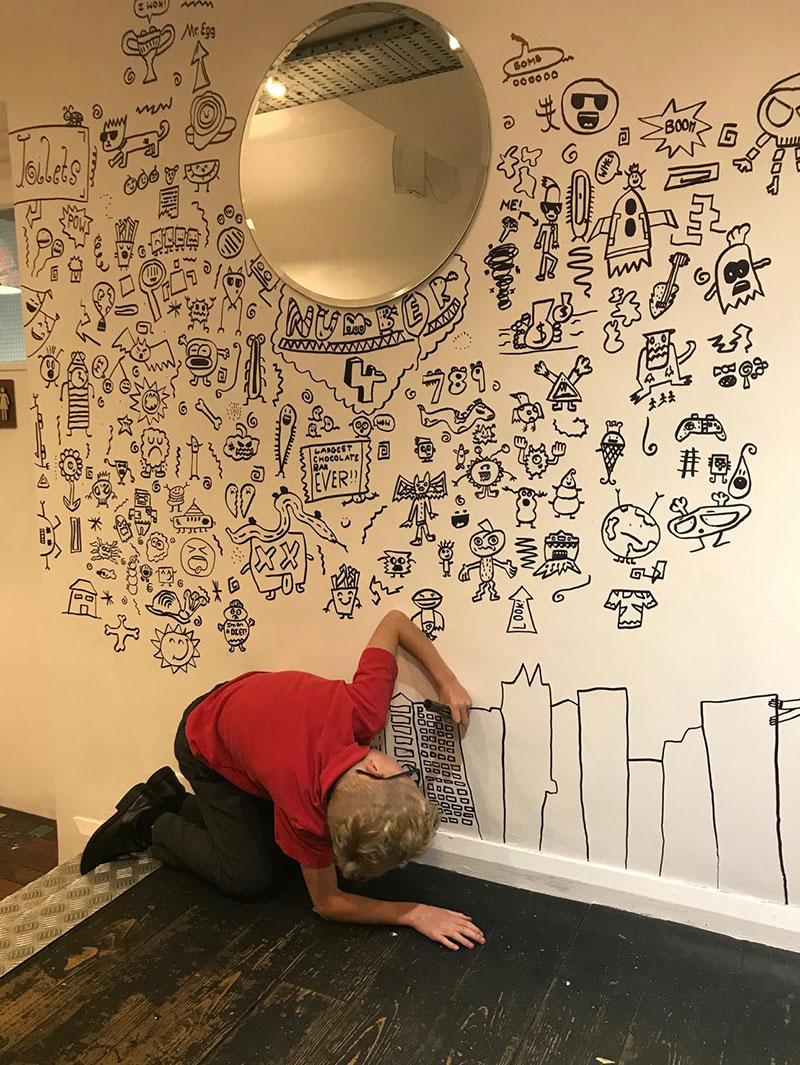 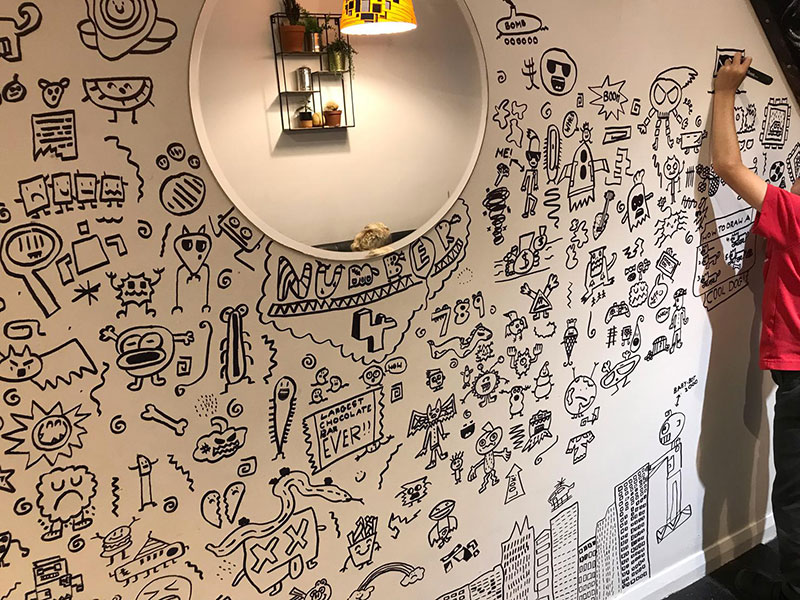 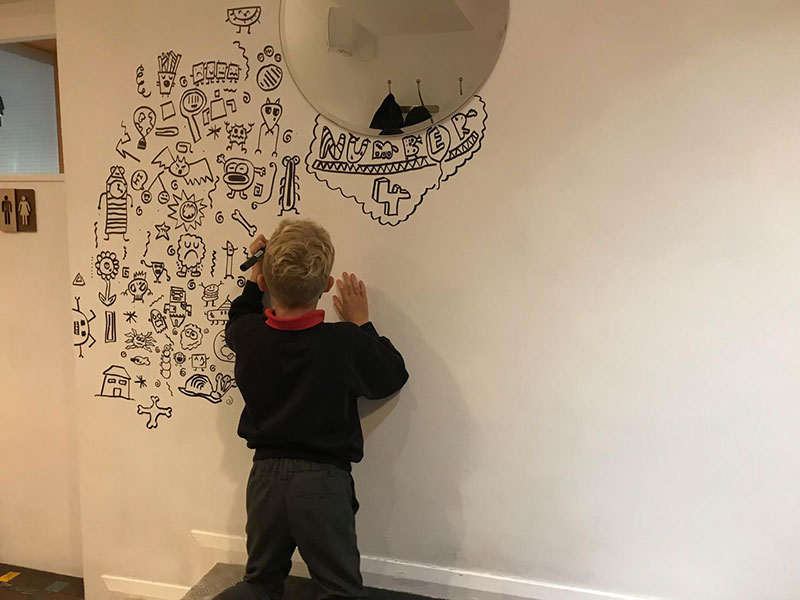 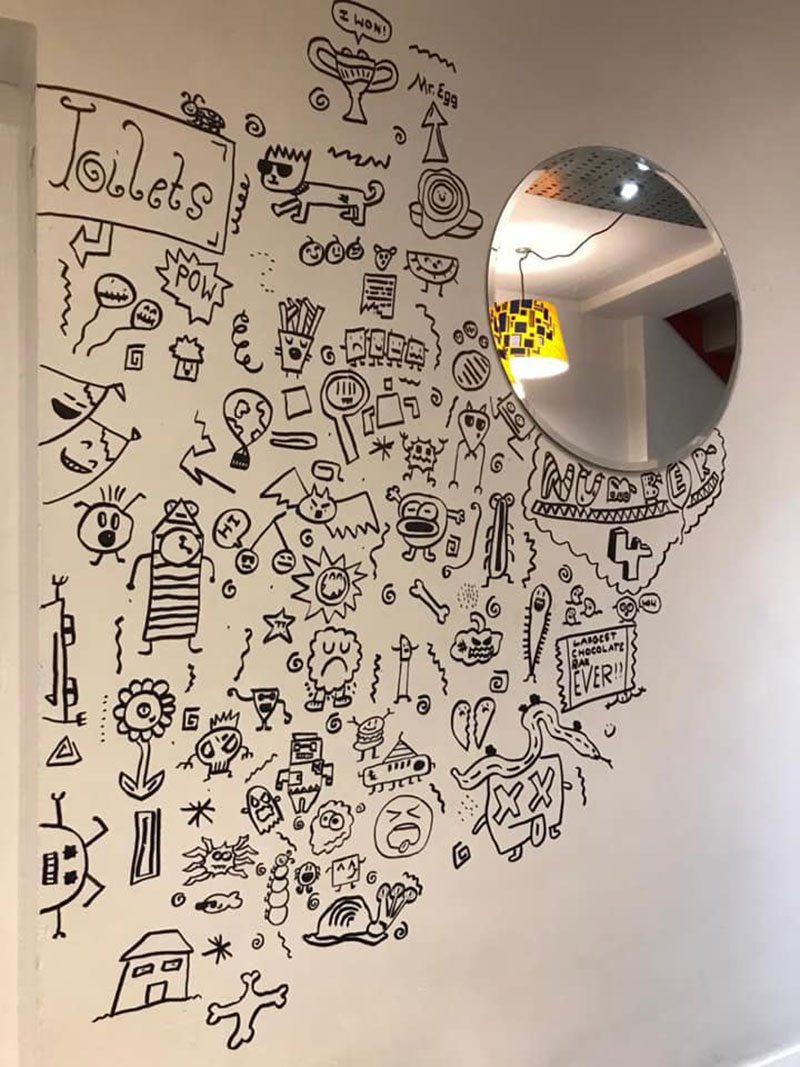 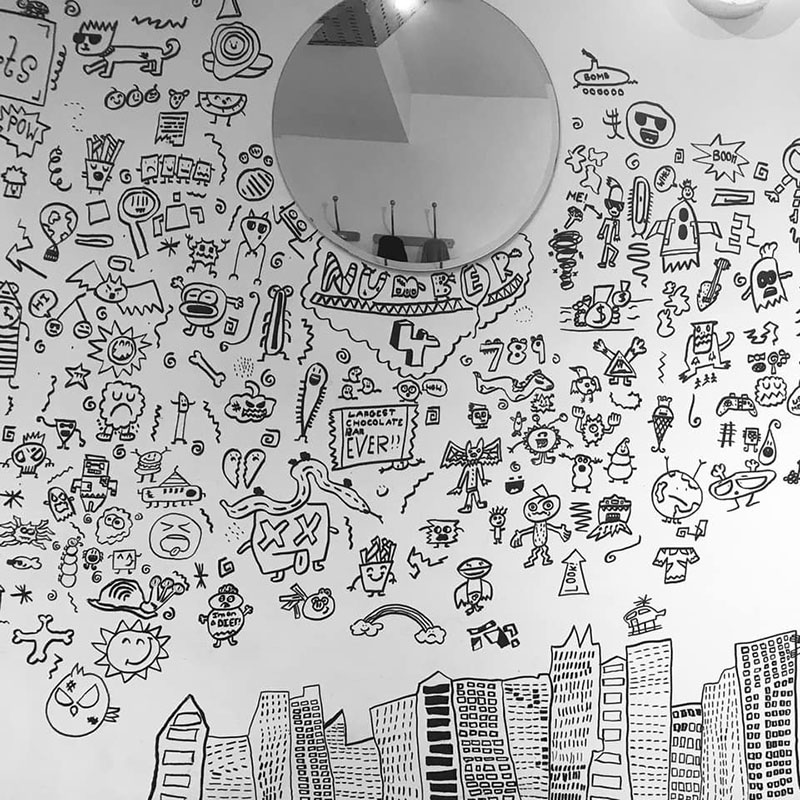 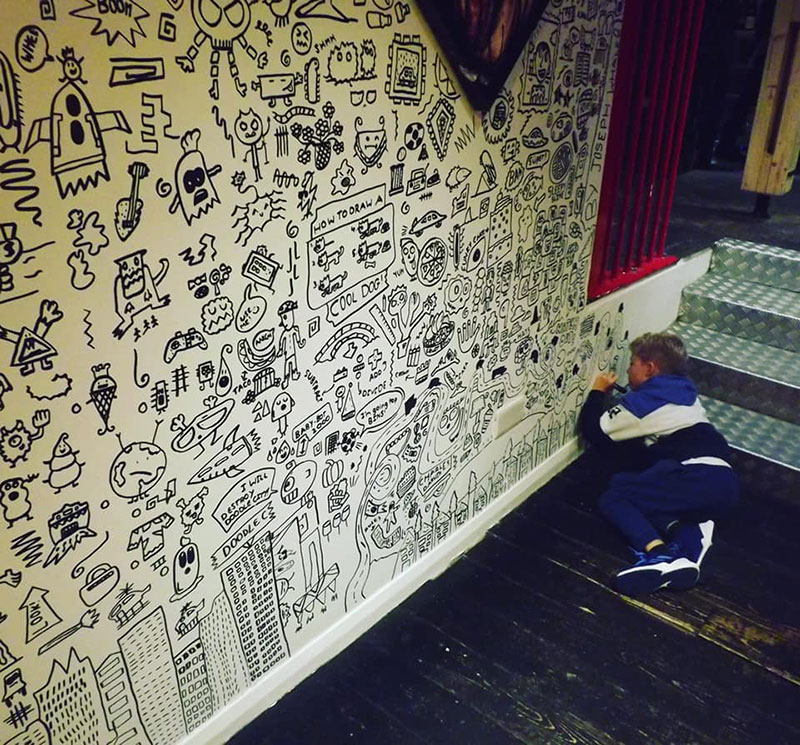 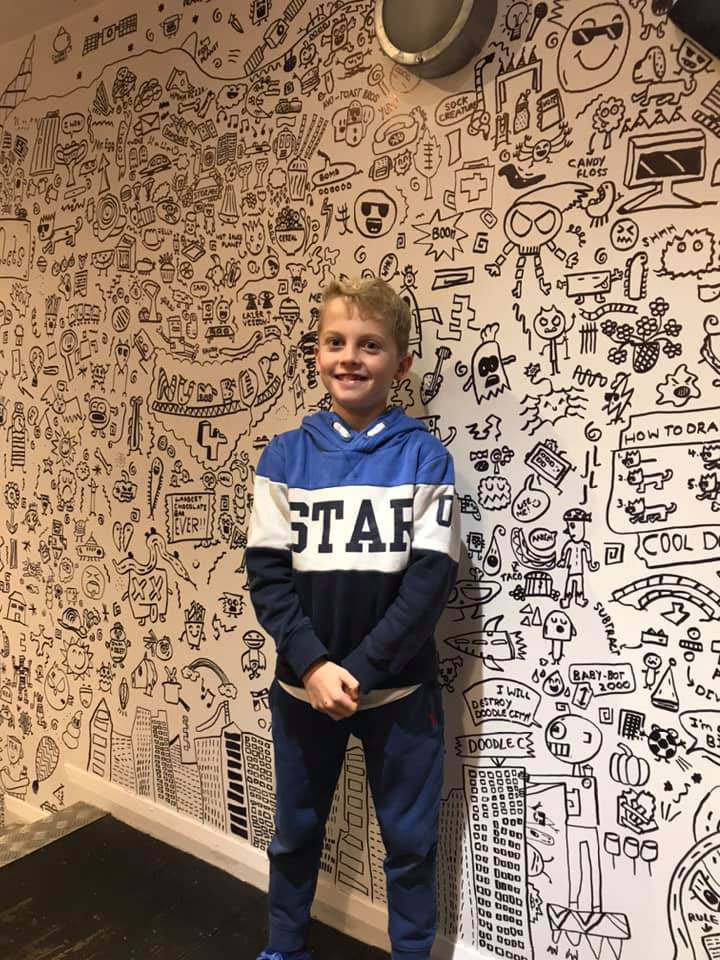