Laborers in Victorian England, 1901 Colorized and Upscaled to 60 FPS 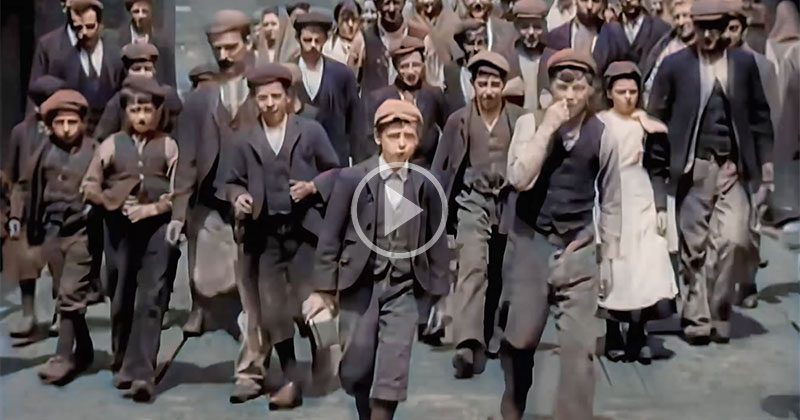 Upscaled by Denis Shiryaev with neural networks using footage from the dawn of film taken by Mitchell and Kenyon in North England, 1901. Ambient sound was added by sound engineer Guy Jones.

In the video, various films taken in 1900-1901 display some of the grittier side of work in those days. You can see the impact of not having the best source quality, had on the neural networks’ ability to upscale and colorize the footage.