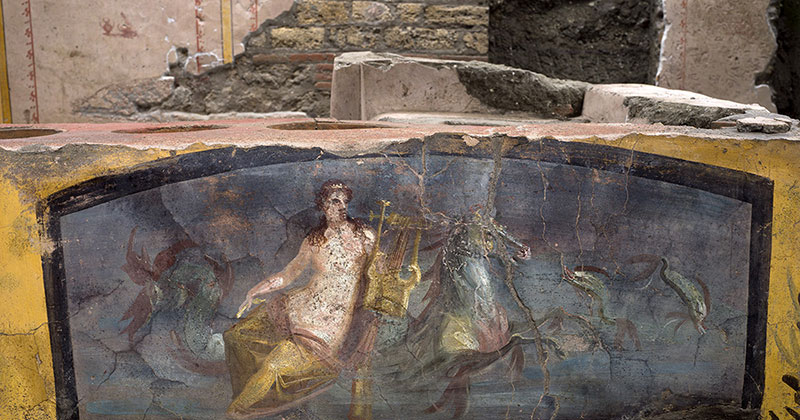 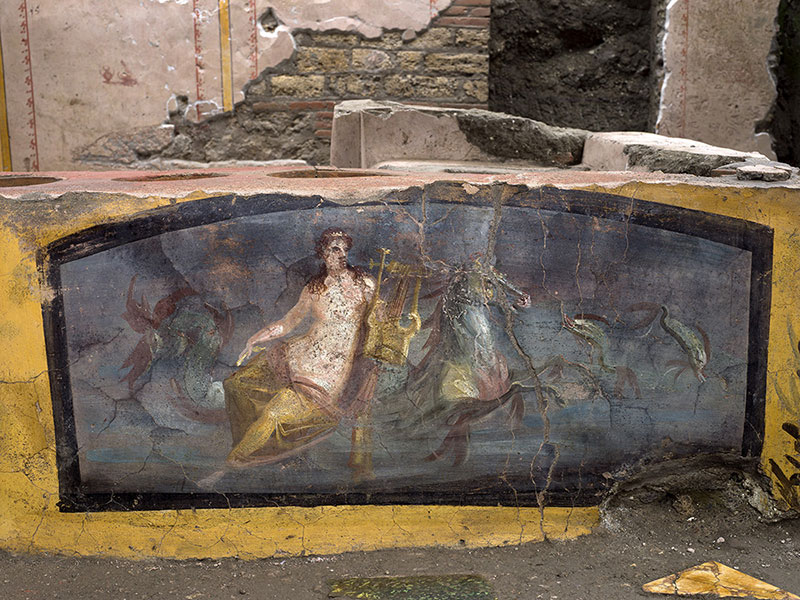 First discovered and partially excavated in 2019, the Thermopolium (snack bar) of Regio V was fully revealed last month. The city of Pompeii was buried in a devastating volcanic eruption in 79 AD, but archaeologists are still uncovering extraordinary structures in the region.

The amazingly preserved Thermopolium of Regio V is one of the many snack bars at Pompeii. It features an image of a Nereid riding a sea-horse and other rich decorative still lifes, food residues, animal bones and even victims of the eruption. [source] 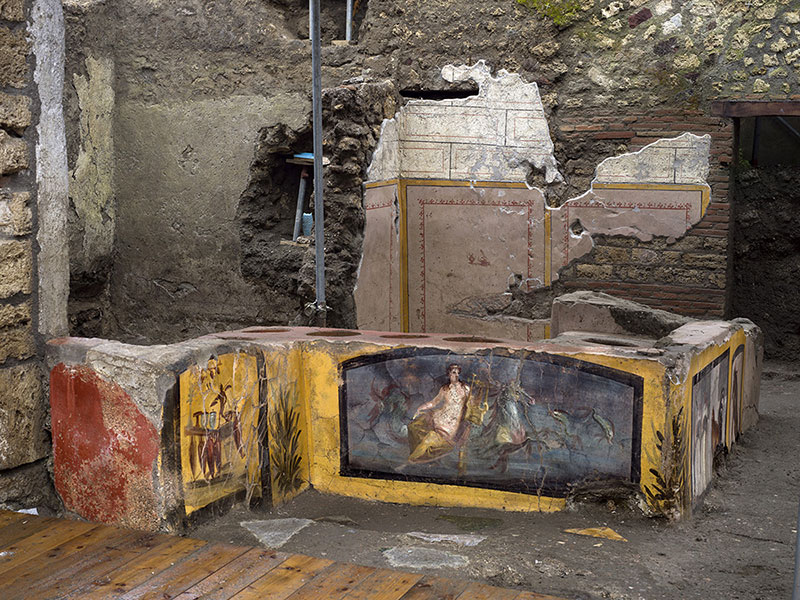 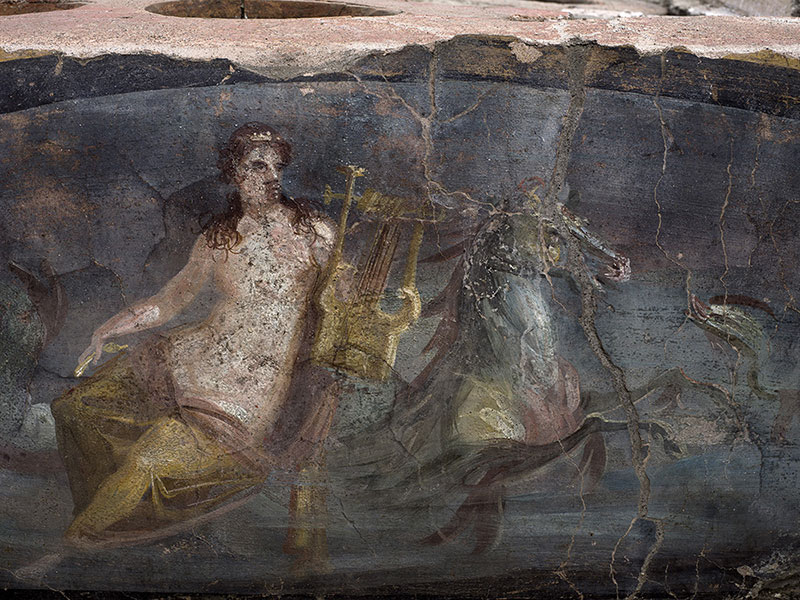 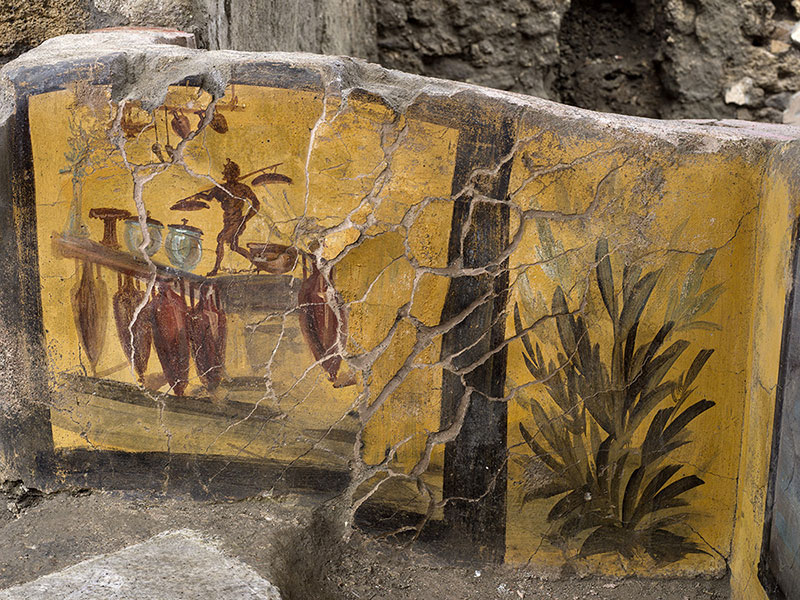 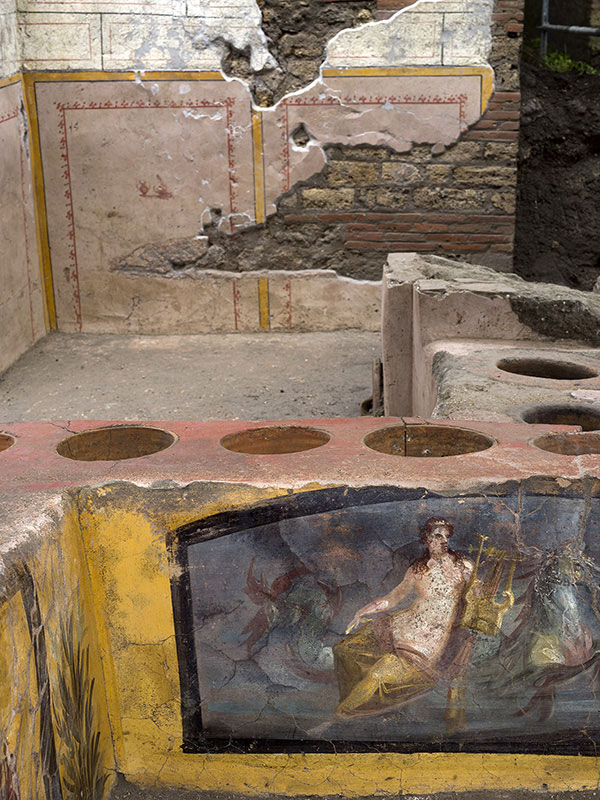 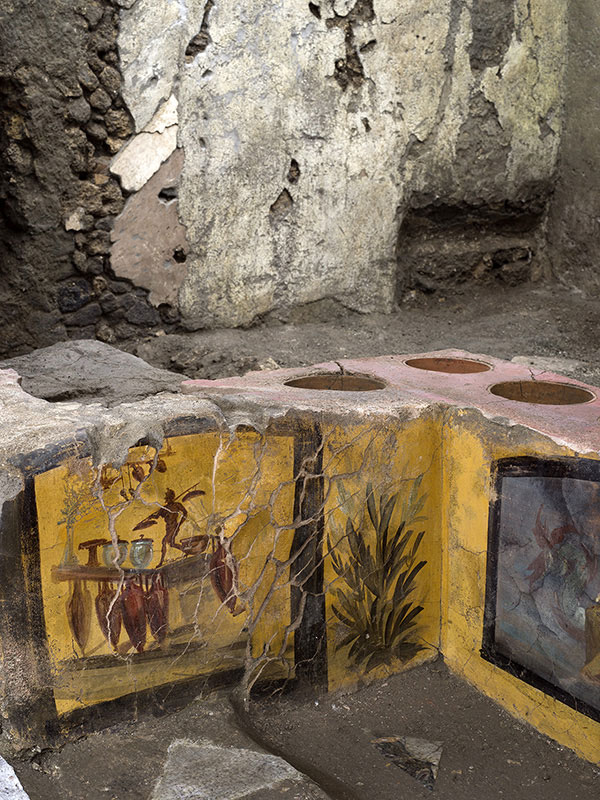 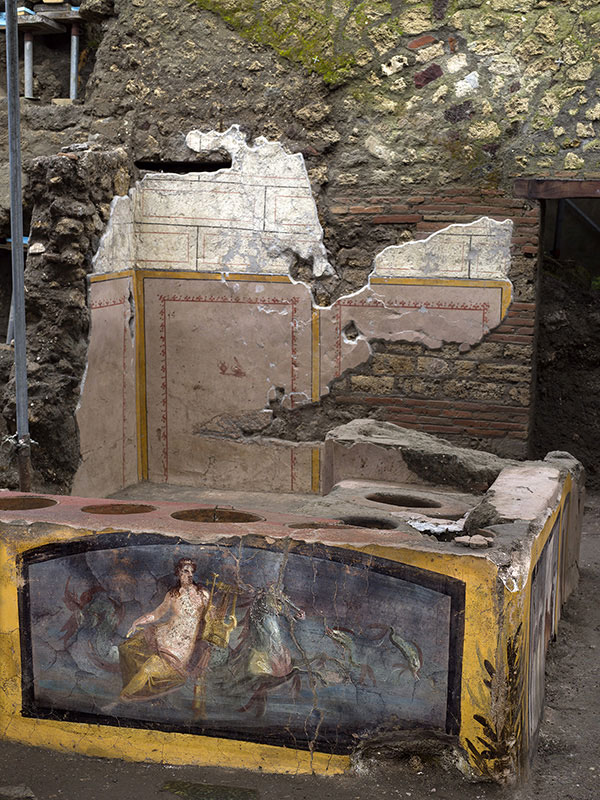 The decorations on the counter – which were the first to emerge during the excavation – comprise the image of a Nereid riding a sea-horse in a marine setting on the front, while the shorter side features an illustration which is probably of the shop itself, like a kind of trademark. [source] 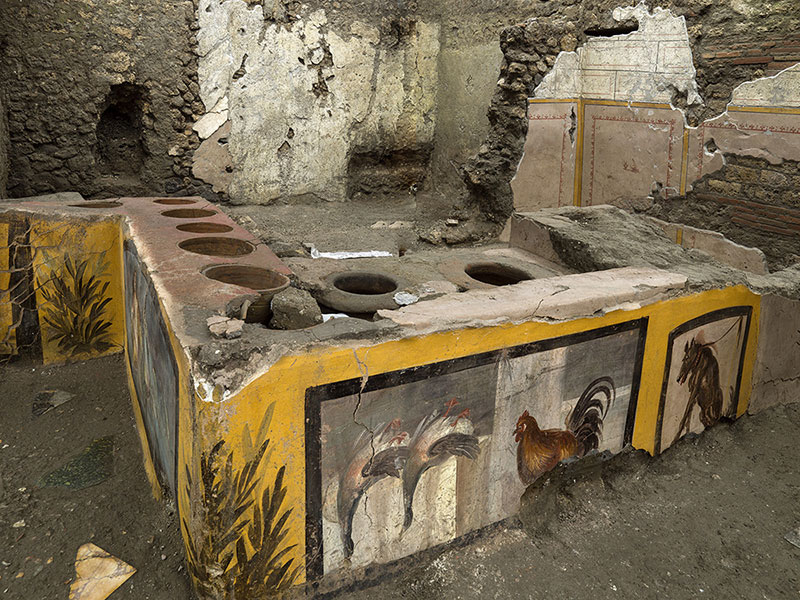 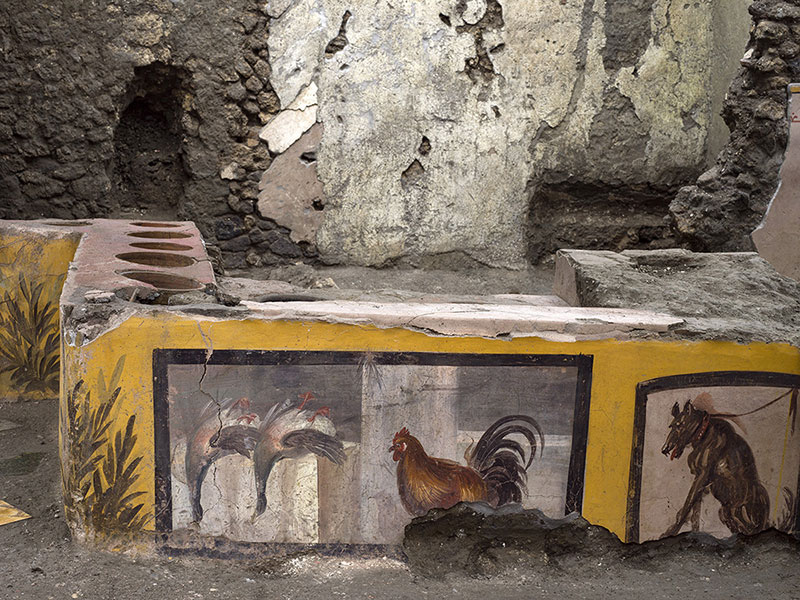 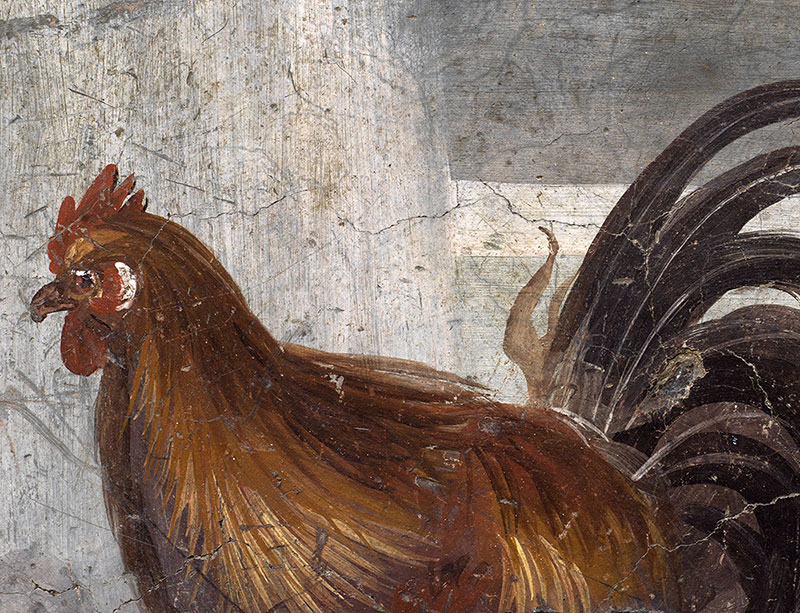 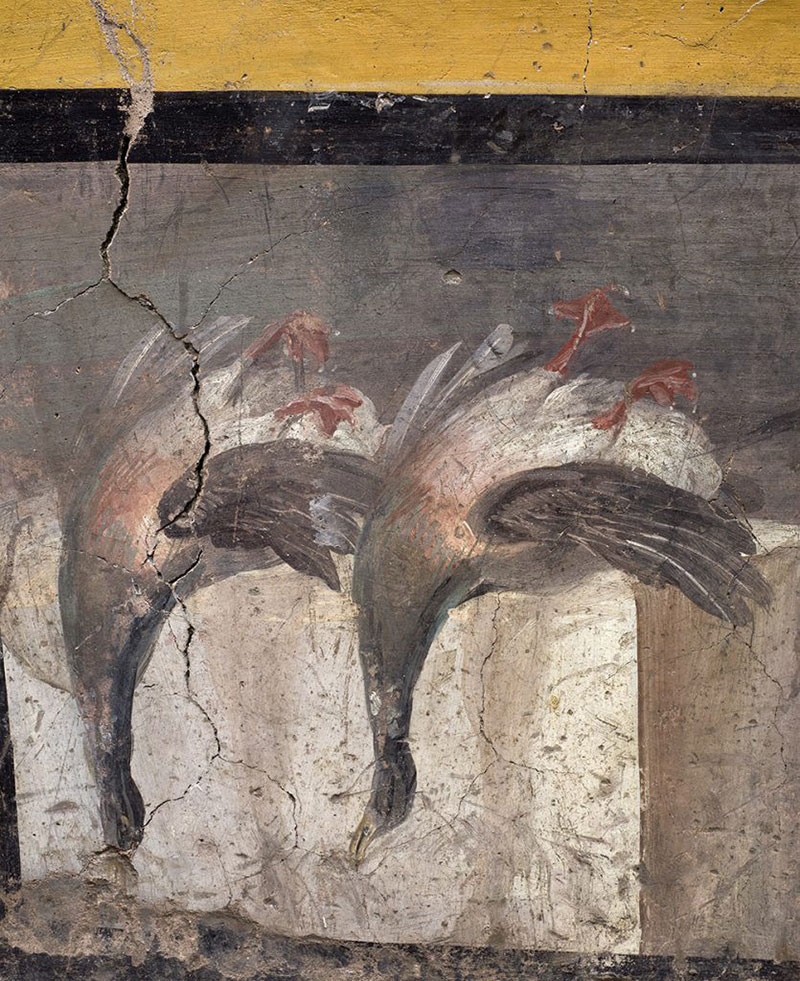 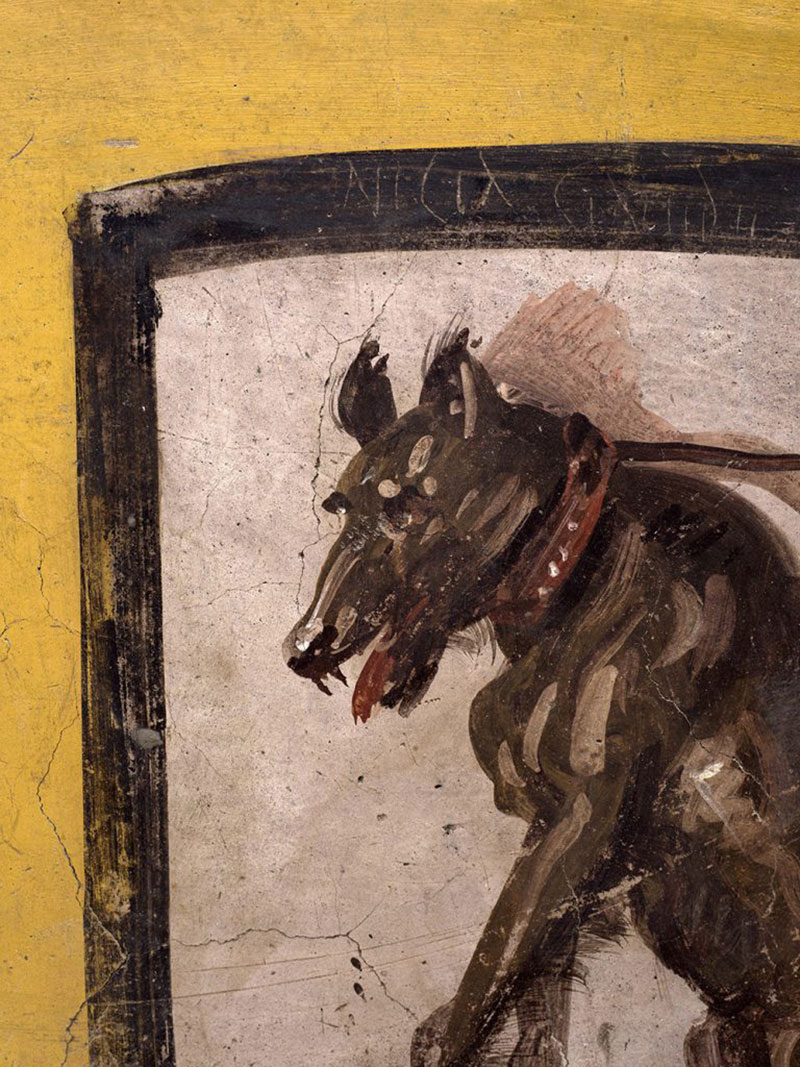 In this new phase of excavation, the last section of the counter to be unearthed revealed other exquisite scenes of still life, with depictions of animals which were likely butchered and sold here. Bone fragments belonging to the same animals were also discovered inside containers embedded in the counter, which held foodstuffs intended for sale, such as in the case of the two mallard ducks shown upside down, ready to be cooked and eaten; a rooster; and a dog on a lead, the latter serving almost as a warning in the manner of the famed Cave Canem (beware of dog). [source] 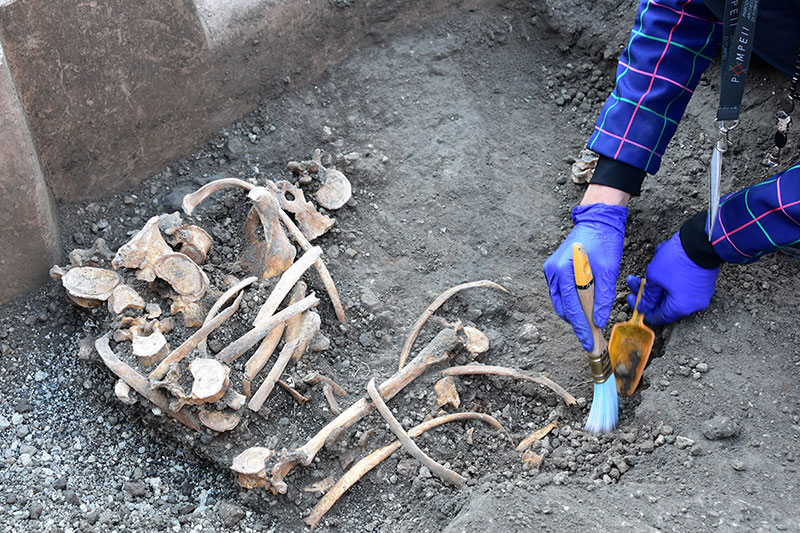 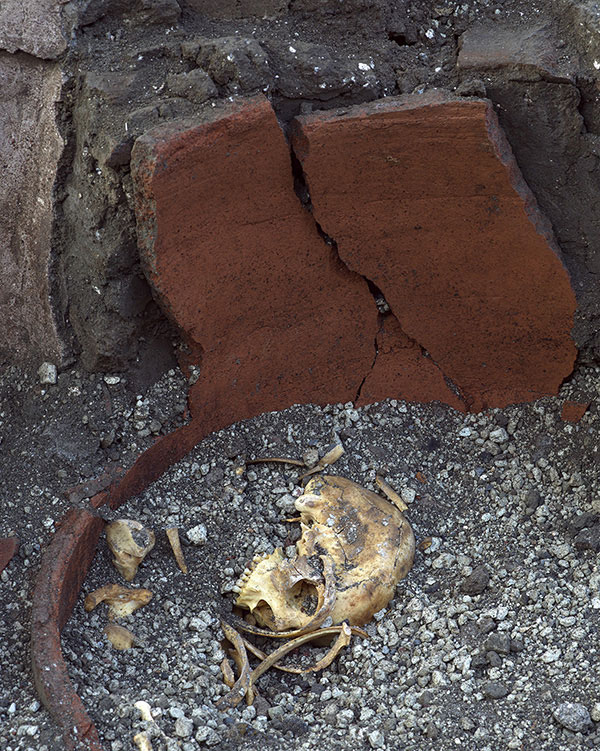 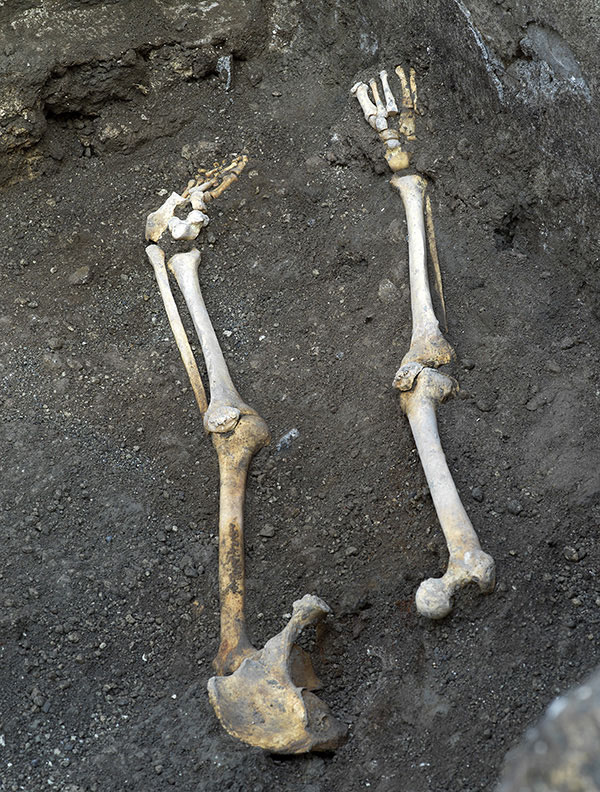 Another observation of note is the discovery of human bones, albeit found sadly dispersed as a result of the tunnels which were dug in the 17th century by illegal excavators, who were searching for precious objects. [source] 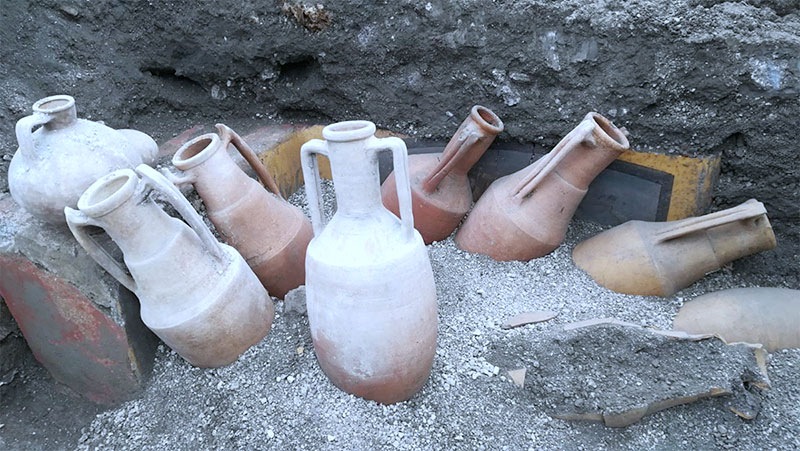 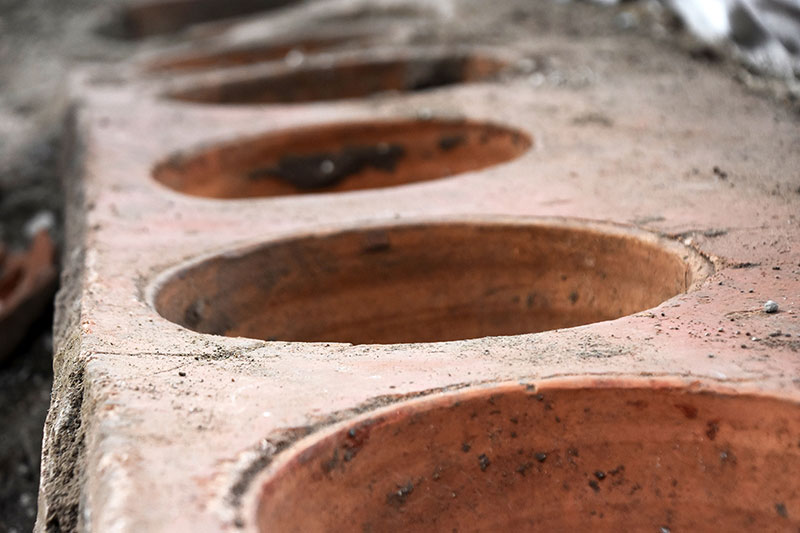 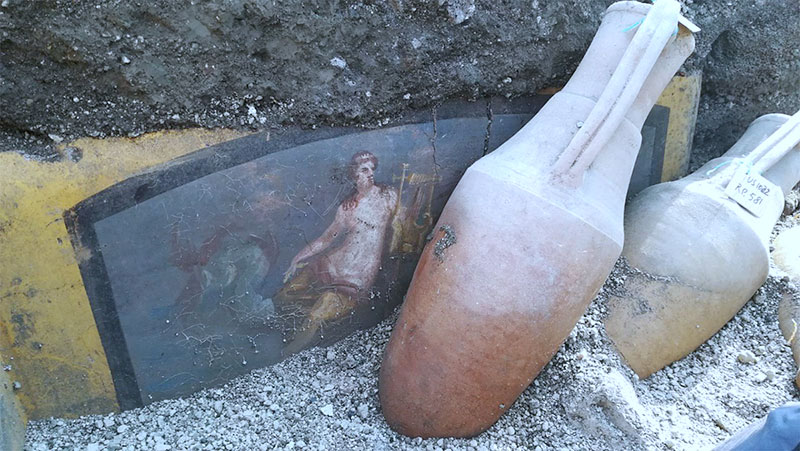 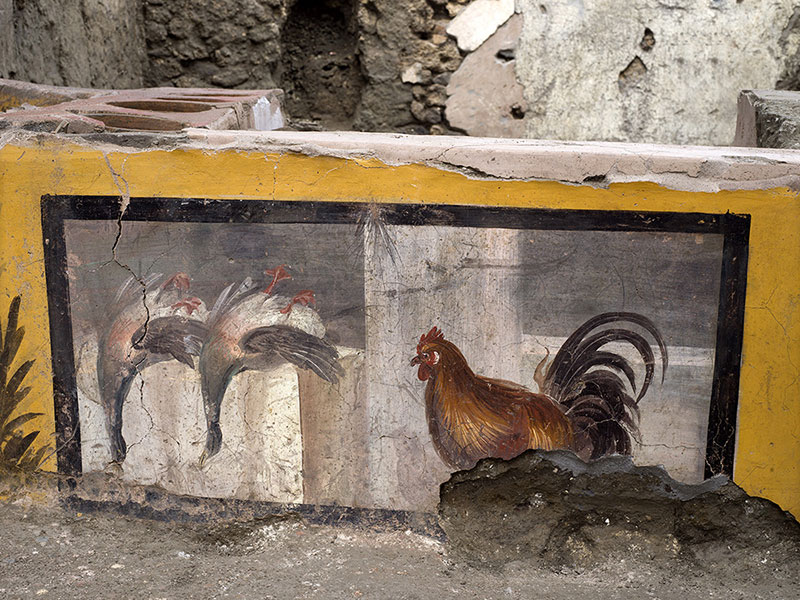 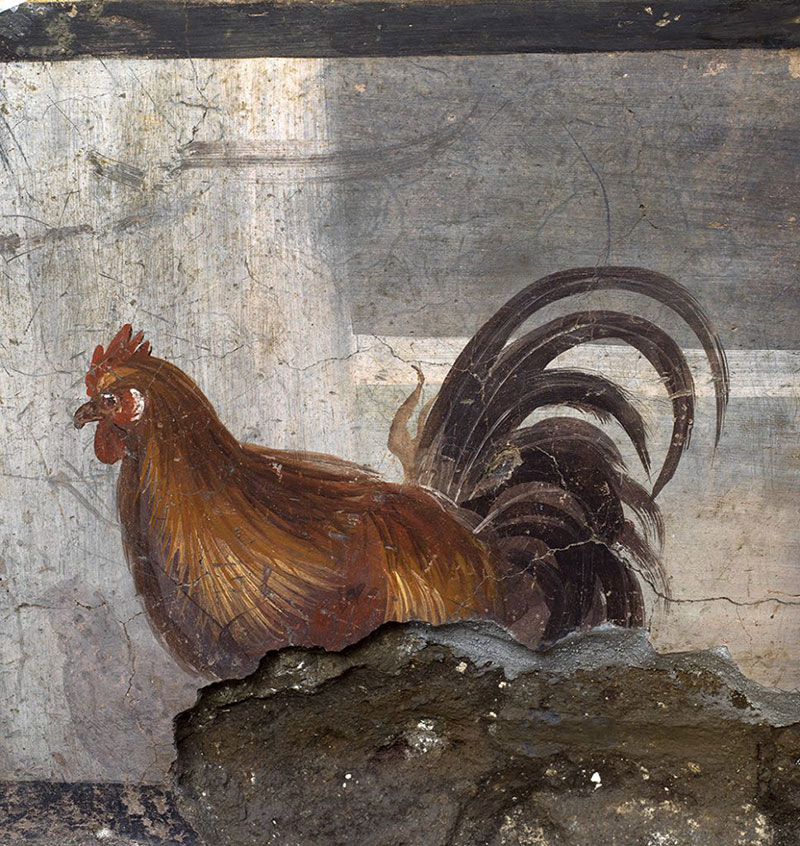 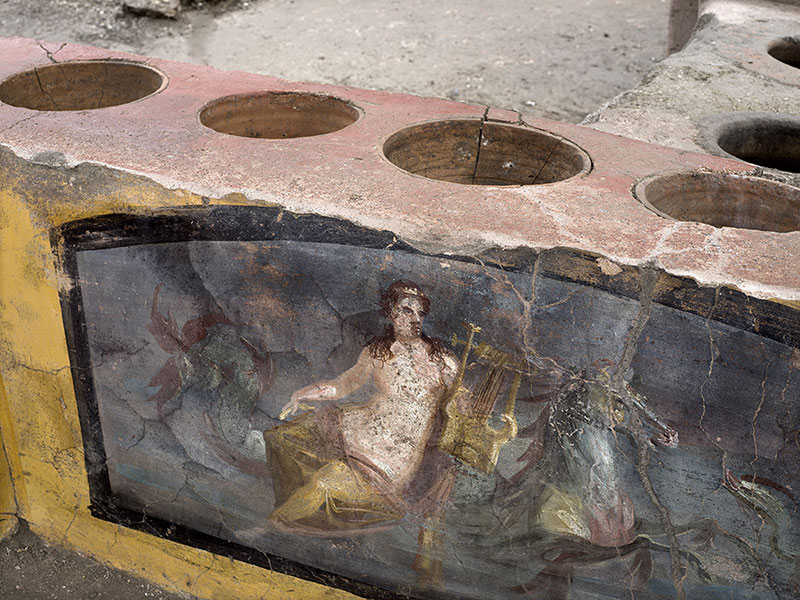 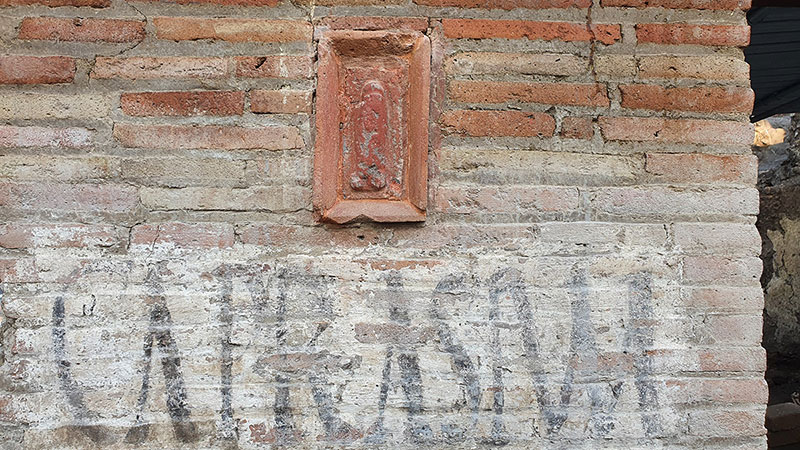 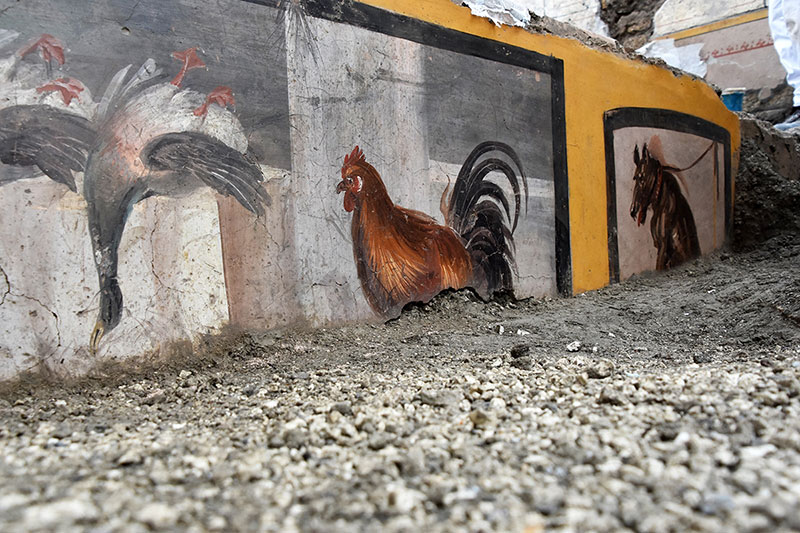 The Thermopolia, where drinks and hot foods were served, (as indicated by the name of Greek origin), and stored in large dolia (jars) embedded in the masonry counter, were widespread in the Roman world, where it was typical to consume the prandium (the meal) outside the house. In Pompeii alone there are eighty of them. [source] 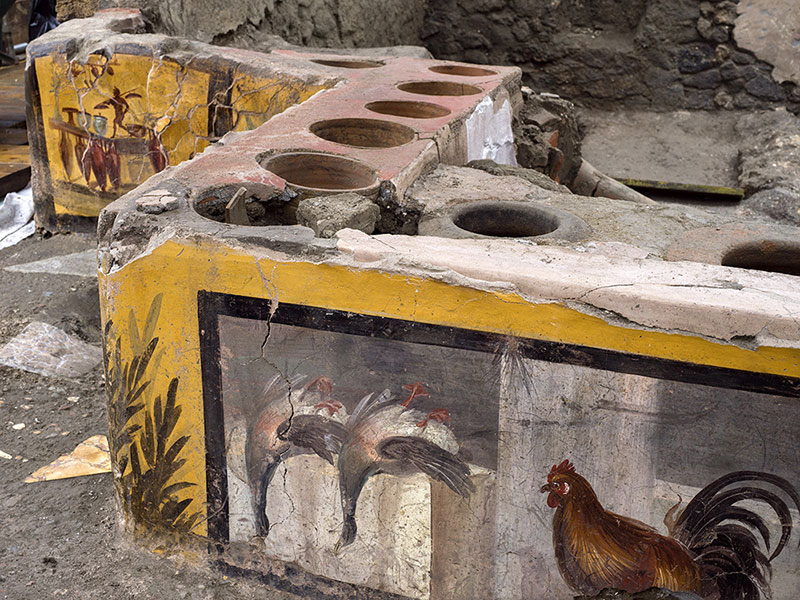 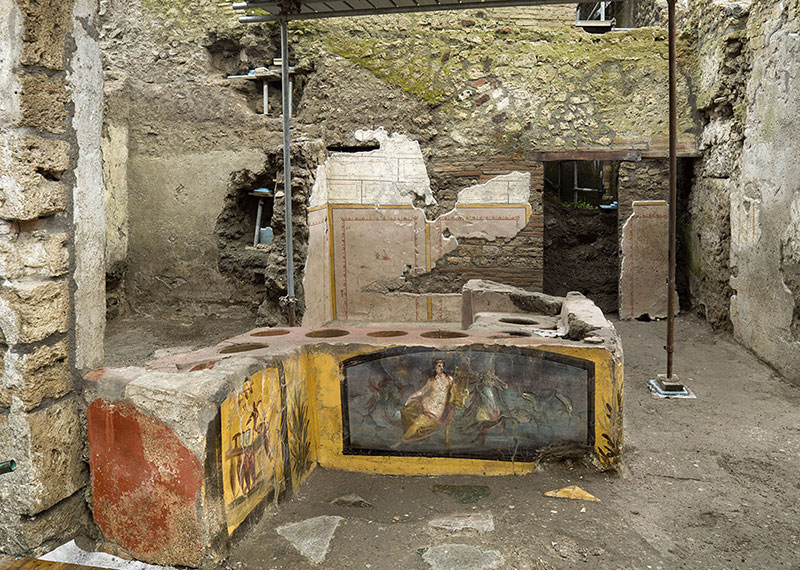 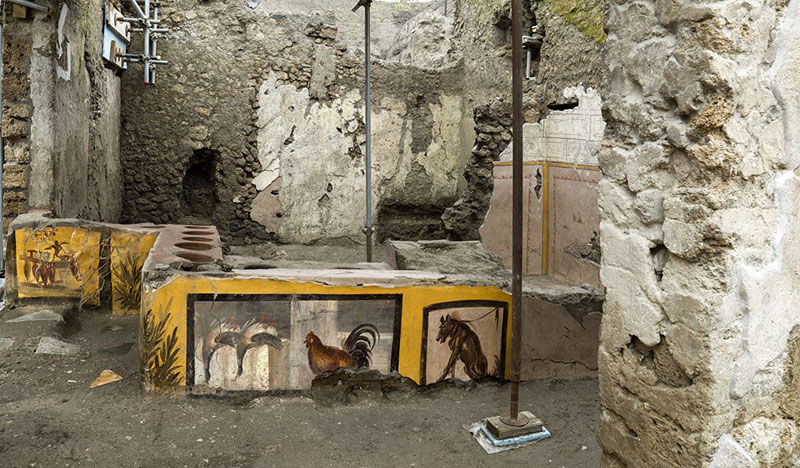