75 Years Ago, Japan Surrendered and Canada Signed in the Wrong Place 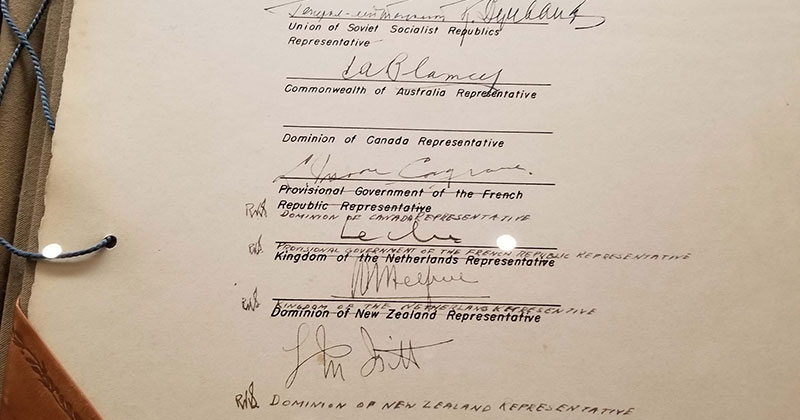 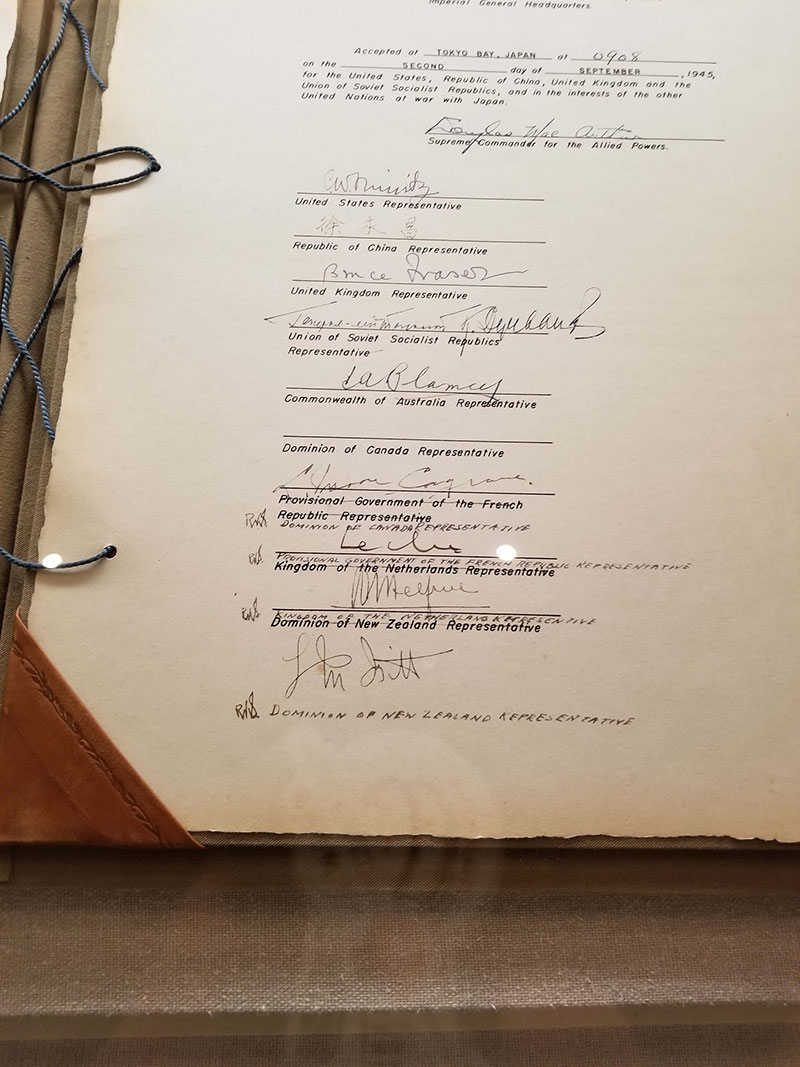 The surrender of Imperial Japan was announced by Japanese Emperor Hirohito on August 15 and formally signed on September 2, 1945, bringing the hostilities of World War II to a close.

Interestingly, on the official document, Canada signed in the wrong place, forcing every subsequent country to have to manually re-write their country. If you look closely you may notice that the “Dominion of the Netherlands Representative” made a typo, writing “Representive” instead.