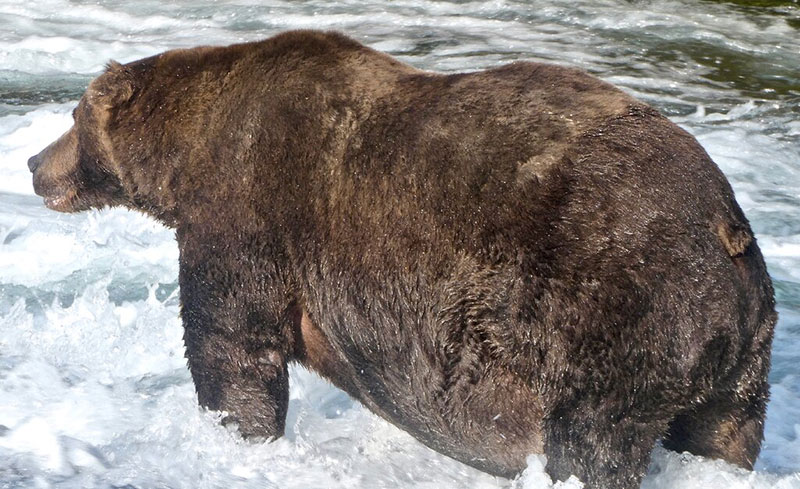 Since 2014, the Katmai National Park and Preserve has hosted the annual “Fat Bear Week” bracket-style tournament, an online competition that highlights how intensely the bears eat, gorging themselves with sockeye salmon at the Brooks River to gain weight for winter hibernation.

This year, Bear 747 was voted the heftiest out of 12 contestants, defeating 32 Chunk in the final round. Last year Bear 747 was estimated to weigh more than 1,400 pounds and park officials said he looked just as plump this year. 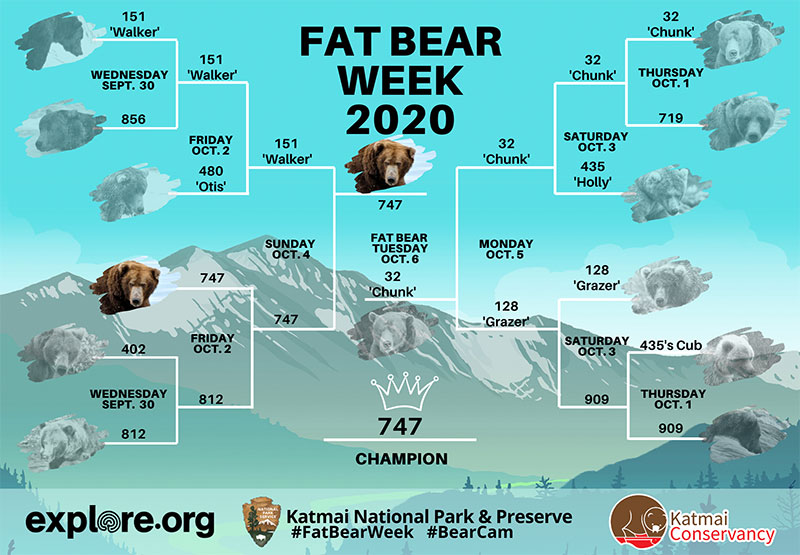 The idea for the “March-Madness” style tournament was to educate people about brown bears and nature in a fun and entertaining way. To show the bears’ drastic weight gains, the park shows photos of them before and after they began packing on the pounds this summer.

Alaska’s Katmai National Park and Preserve, which stretches roughly 4.1 million acres, is home to nearly 2,200 brown bears. It is famous for having the densest population of brown bears in the world.

Once the bears curl up in their dens to begin hibernation, they will not eat or drink for months, losing about a third of their body weight. Their survival rests on having a large amount of stored fat, meaning the brown bears have to eat a year’s worth of food in six months in a process known as hyperphagia.

Brown bears can put on up to four pounds of weight a day and, as hibernation begins, the largest adult males can weigh more than 1,200 pounds. [source] 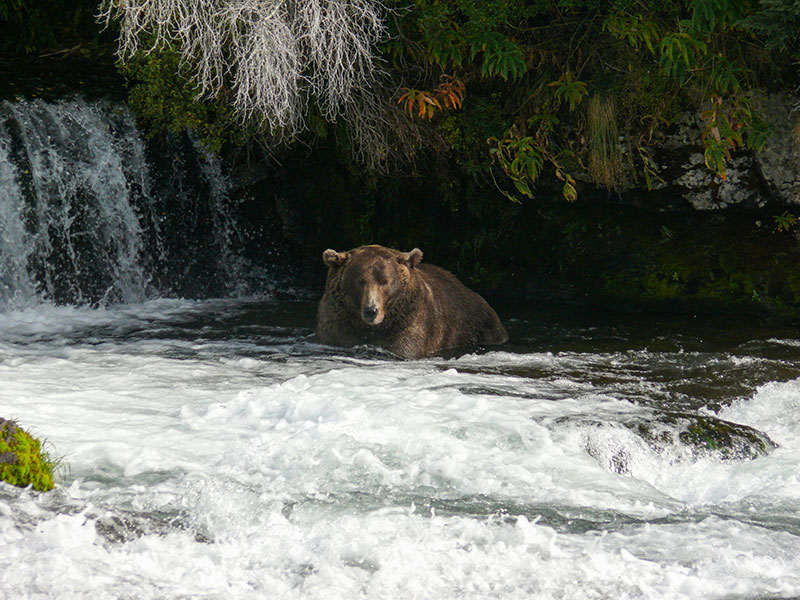