Helmcken Falls in BC, Canada Looks Incredible No Matter What the Season Is 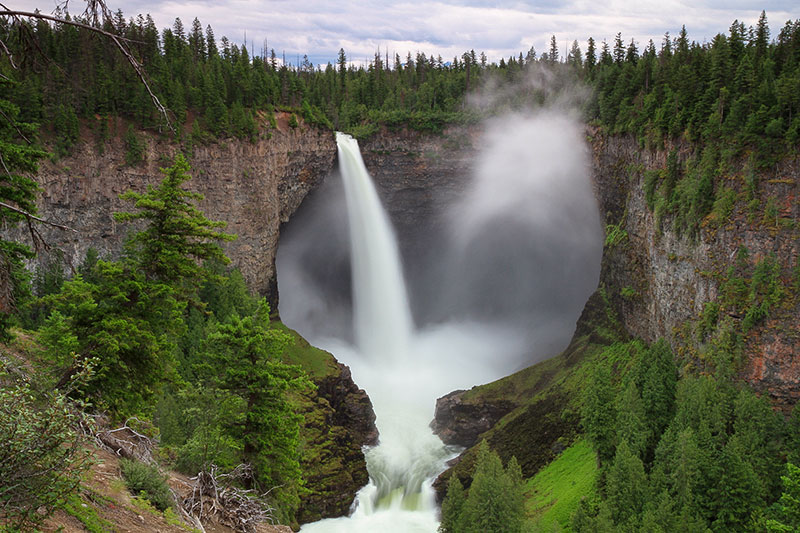 Now most people can agree that waterfalls look absolutely stunning in the warmer seasons, especially summer. But some would argue that Helmcken Falls is even more breathtaking in the winter. And that’s because of one very cool feature.. snowcano!

A winter visit is worthwhile because the ice cone at the base often grows to 50 m (164 ft) tall and sometimes even higher in very cold snowy winters. It has occasionally been seen reaching halfway up the falls. The best time to view the ice cone is from late January to the end of February. The cone collapses inward sometime during March and some remnants are still visible in June. [source]

Helmcken Falls is the fourth highest waterfall in Canada, measured by total straight drop without a break. It is one of 39 stunning waterfalls inside Wells Gray Provincial Park.

Located approximately 35 km from the town of Clearwater, the provincial park is about a 6 hour journey from Vancouver.