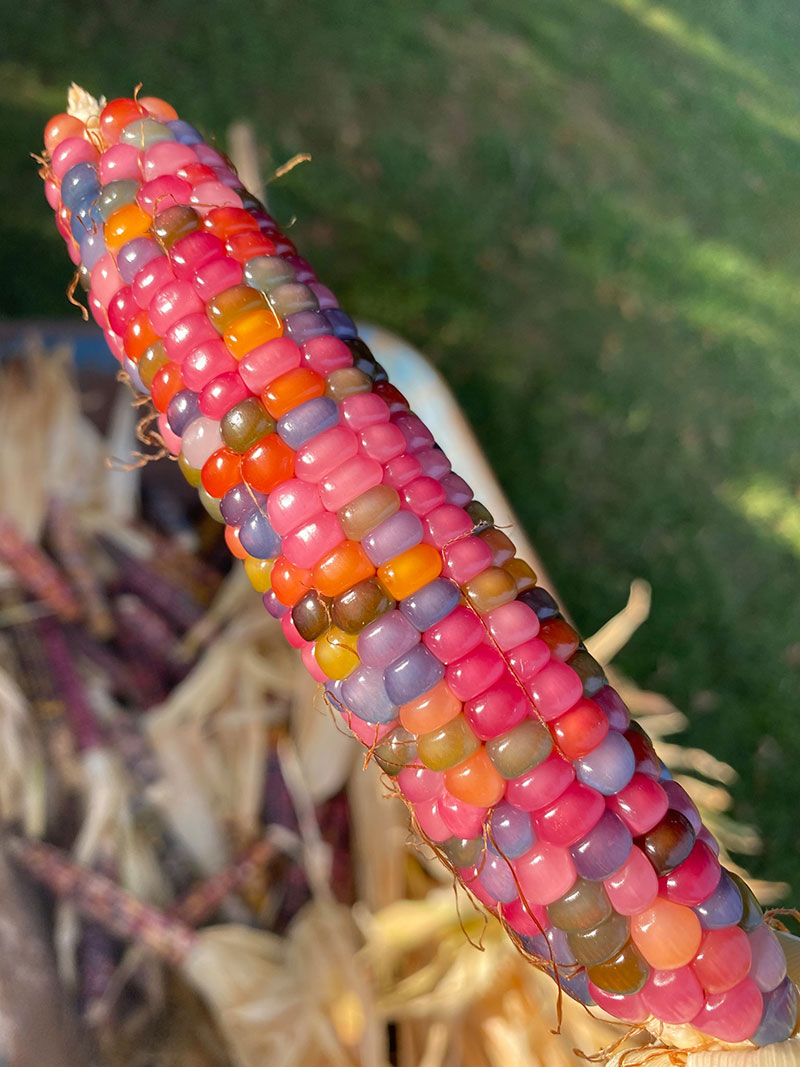 Reddit user lurkface recently shared this beautiful specimen of glass gem corn from this year’s crop. She explains that the unique strain was developed by farmer Carl Barnes before he passed, and that she traded for some of the seeds nearly a decade ago and has been growing them on her farm in Fallsington, PA ever since.

Glass gem is a flint corn that can be made into a ‘decent’ popcorn or ground into flour, but is not suitable to eat ‘off the cob’. Other potential uses could be for grits, hominy, masa or even whiskey. For those wondering, when popped, the popcorn is white, not colored.

If you’re interested in trying to grow your own ‘jellybean’ corn she sells the seeds on Etsy and offers the following basic growing advice:

“Put corn into ground, at least 10 seeds, spaced 1 foot apart. Water. Watch grow and weed. Fertilize with a high Nitrogen fert 2 times, once at a foot tall and once again when going to tassel.”