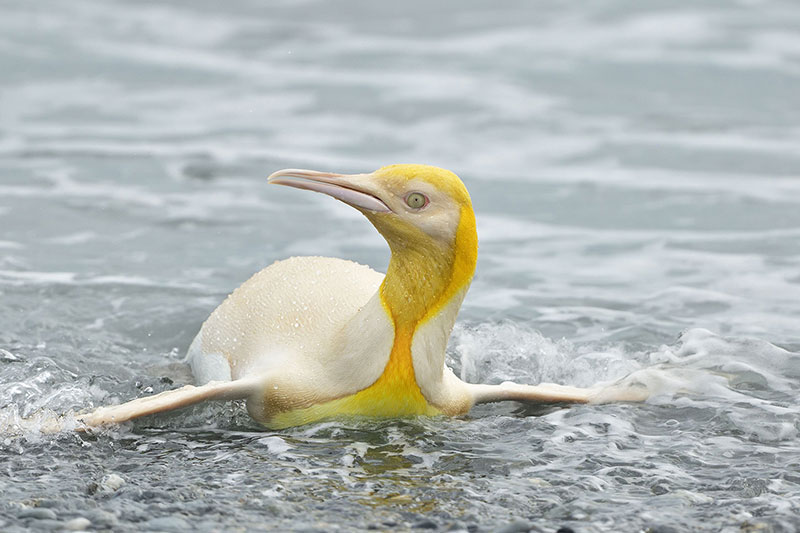 Wildlife photographer Yves Adams recently shared a rare, ‘never before seen’ photo of a yellow King penguin on Instagram. In his description he adds:

While unpacking our rubberboats merely after landing on a remote beach on the island of South Georgia, this leucistic King penguin walked up straight to our direction in the middle of a chaos full of Sea elephants and Antarctic fur seals, and thousands of other King penguins. How lucky could I be!

The Belgian photographer told news agencies that he took the photo in December 2019 but only recently published the image. At the time, Adams was leading a two-month photography expedition through the South Atlantic and had fortuitously stopped on a South Georgia beach.

“There were 120,000 birds on that beach, and this was the only yellow one there,” Adams told Kennedy News and Media. “We all went crazy when we realized. We dropped all the safety equipment and grabbed our cameras.”