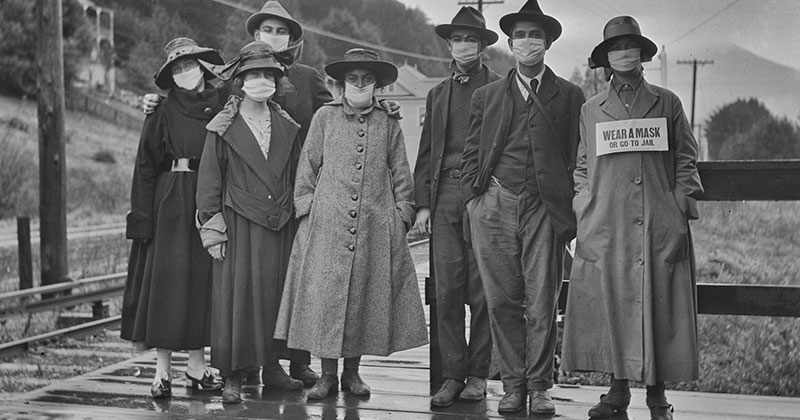 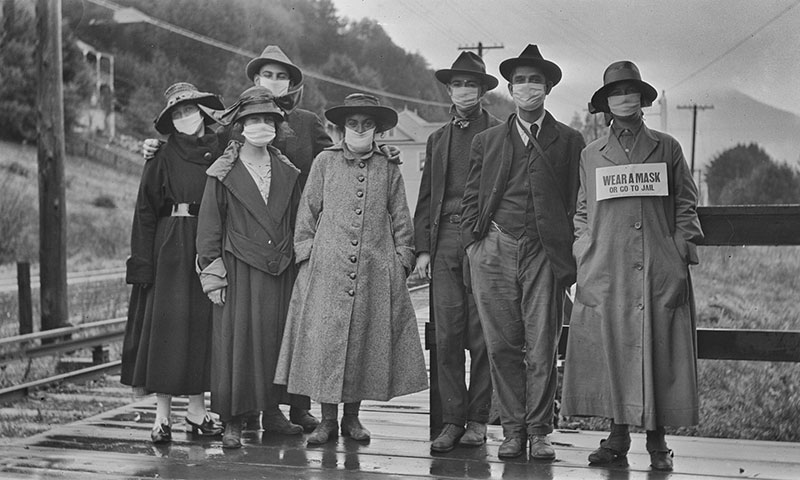 In this photo, taken in 1918 during the 2nd wave of the Spanish Flu, a group of citizens in California attempt to spread awareness on the importance of wearing a mask.

According to The Guardian:

Some states quarantined citizens; others made the wearing of face masks mandatory, at the same time as shutting down “all places of amusement”. According to a law passed in San Francisco in October of that year, on the day that state-wide infections passed 50,000, anyone seen not wearing a gauze face covering was subject to fines that ranged from $5 to $100 and the possibility of 10 days’ imprisonment.

Official advice insisted: “Wear a mask and save your life! A mask is 99% proof against influenza”. This was supported by advertising campaigns and jingles: “Obey the laws and wear the gauze. Protect your jaws from septic paws.”

The Spanish flu, also known as the 1918 flu pandemic, was an unusually deadly influenza pandemic caused by the H1N1 influenza A virus. Lasting from February 1918 to April 1920, it infected 500 million people–about a third of the world’s population at the time–in four successive waves.

The death toll is typically estimated to have been somewhere between 17 million and 50 million, making it one of the deadliest pandemics in human history.