When the comedian, formerly known as Joe Lycett, heard that fashion house Hugo Boss was sending cease and desist letters to charities and small businesses who were using the word ‘BOSS’ in their name, he turned his outrage into action.

It's clear that @HUGOBOSS HATES people using their name. Unfortunately for them this week I legally changed my name by deed poll and I am now officially known as Hugo Boss. All future statements from me are not from Joe Lycett but from Hugo Boss. Enjoy. (2/2) pic.twitter.com/IlDoCrfmaO

That’s right, he legally changed his name with the UK Deed Poll Office and you can see the official letter below. Check out his signature lol. 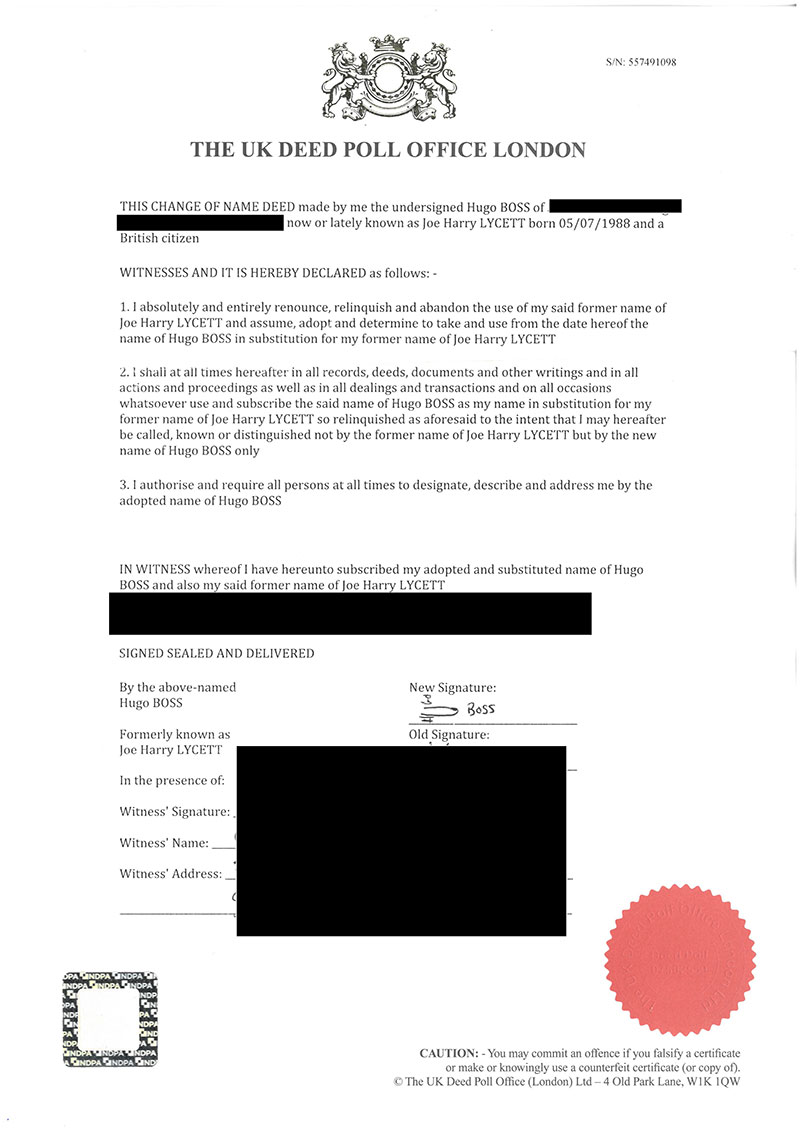 The Swansea brewery in question was named Boss Brewing. His decision has been met with widespread approval on Twitter where he first made the announcement. Someone even updated his Wikipedia page!

The comedian’s stunt has also been picked up by news stations wanting to learn more. He most recently did an interview with BBC’s Victoria Derbyshire:

This is Hugo Boss… the comedian formerly known as @joelycett.

According to BBC, a charity called DarkGirlBoss also received a legal letter from Hugo Boss when it tried to trademark the name. The BBC went on to add:

Anyone over the age of 16 in the UK can legally change their name. German label Hugo Boss was founded in 1924 in Metzingen, Germany, and famously supplied uniforms for the Nazi party. In 2011, the firm apologised for its maltreatment of forced workers during World War II. [source]

And now some thoughts from Hugo Boss, not to be confused with Hugo Boss: