Earlier this week, Elon Musk shared the happy news that he and his partner—the musician known as Grimes—welcomed a baby boy to the world! When a Twitter user asked what his name was, Elon casually replied:

Unsure if the reply was in jest or actually his name, the Internet did what you’d expect. Commenting and replying with typical reaction gifs, memes, and inside jokes.

It wasn’t until later that day, when his partner Grimes shared the actual meaning behind the name that the Internet collectively realized this was indeed for real.

•X, the unknown variable ⚔️
•Æ, my elven spelling of Ai (love &/or Artificial intelligence)
•A-12 = precursor to SR-17 (our favorite aircraft). No weapons, no defenses, just speed. Great in battle, but non-violent 🤍
+
(A=Archangel, my favorite song)
(⚔️🐁 metal rat)

Amazingly, the first reply to the tweet was Elon himself, correcting Grimes! You can’t make this stuff up!

this is how to pronounce X Æ A-12 btw pic.twitter.com/yZbOtmEC5K

As news of the name spread, people attempted to decipher the name and concluded that his name was actually Kyle..

We are also in the year of the Metal Rat in the Chinese zodiac. 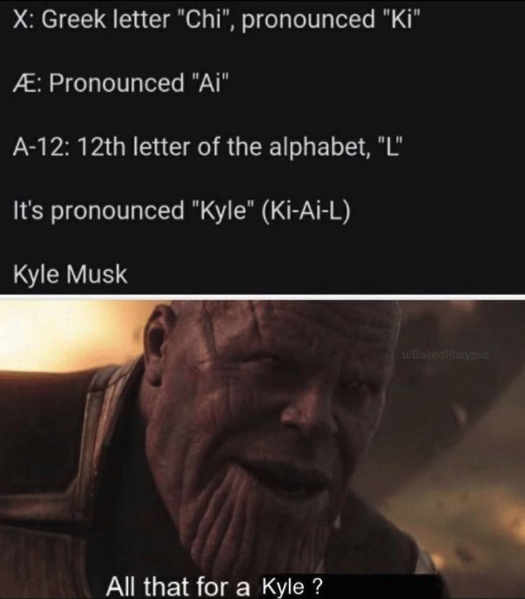 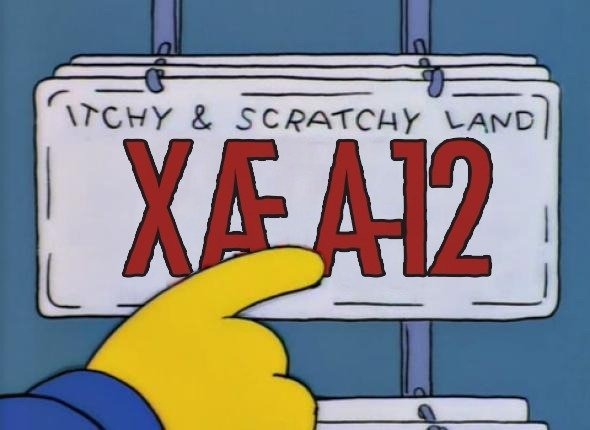 hey so do we pronounce “metal rat” or is it silent

Your kid's name must contain at least one lowercase letter, one capital letter and one number.

Finally, in an attempt to bring this back to reality, CNN chimed in saying the name might no be accepted in California where the couple live. Names can only use the 26 alphabetical characters of the English language, according to the state constitution.

This is the couple’s first child together. Musk has five other children — twins Griffin and Xavier and triplets Damian, Saxon and Kai — from a previous marriage. [source]

Regardless, welcome to the world baby X Æ A-12 Musk! And congratulations to the happy couple 🙂 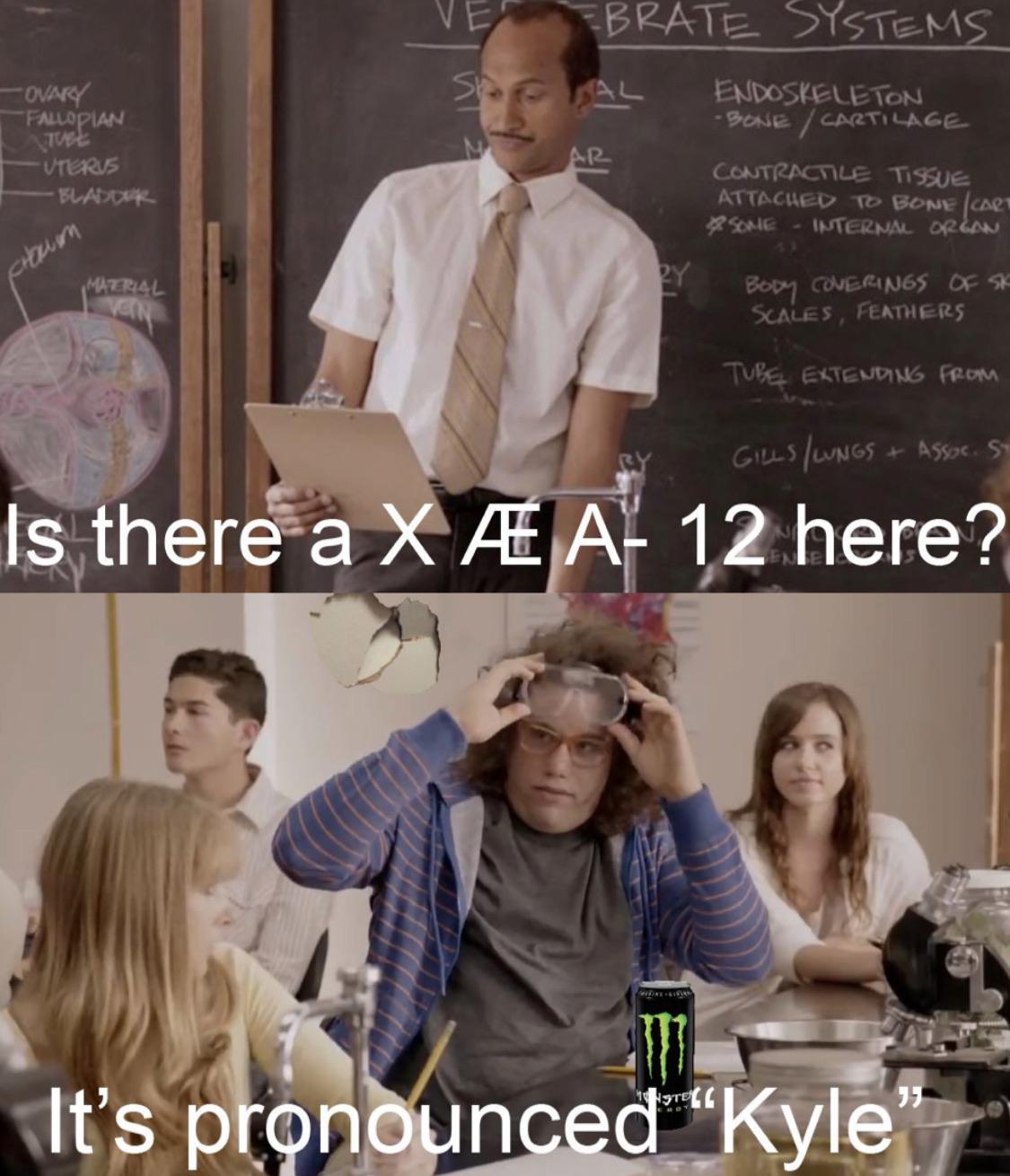