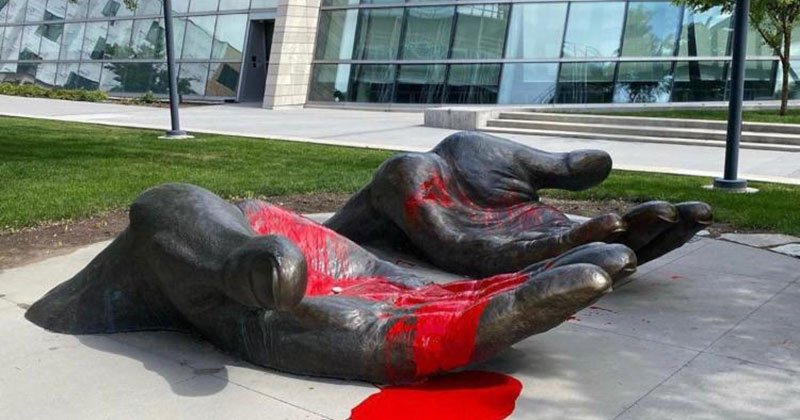 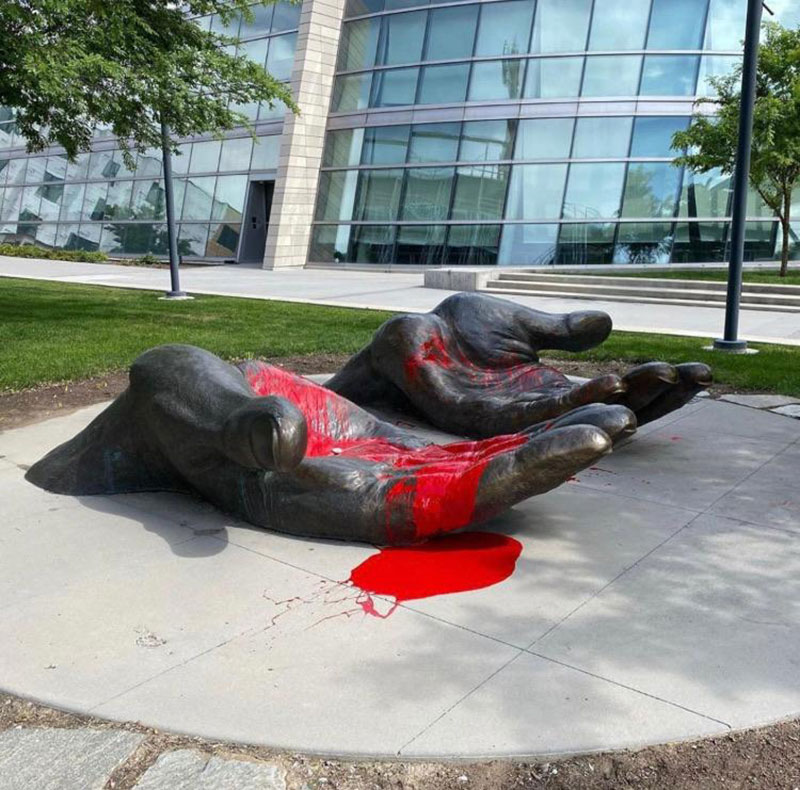 During the large-scale protests this past weekend in Salt Lake City, Utah, a public artwork had its symbolic meaning completely transformed when demonstrators poured red paint onto the giant hands.

“Serve and Protect” is a large bronze sculpture by artist Gregory Ragland depicting two hands side-by-side with their palms facing upward, demonstrating the sign language, ‘to serve’. The public art commission was completed in 2013 and measures 20′ x 20′ x 38″ and is located outside of the Public Safety Building.

The striking symbolism of the bright red paint pooling like blood has sparked debate online. From cries of vandalism to being a powerful political/protest statement, the opinions on such an act span the spectrum. What’s clear is that art matters, and can be a powerful form of expression and frustration.