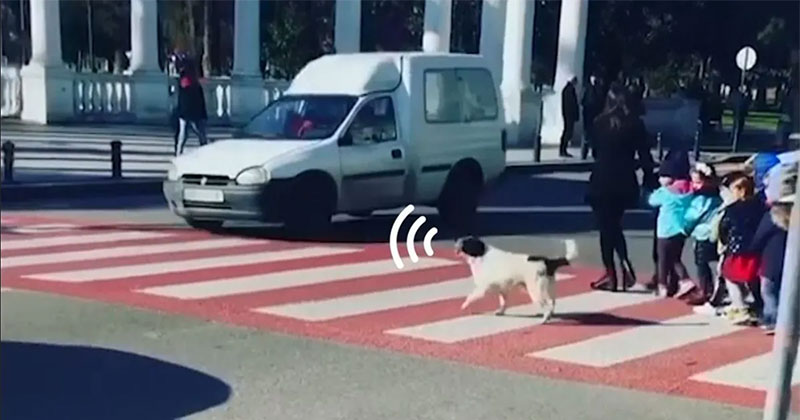 A stray dog in Batumi, Georgia has become a local hero after taking on the responsibility of helping children cross a busy intersection by leading the way and barking at oncoming traffic to slow down.

The local celebrity, named Kupata, has even been seen chasing down vehicles that failed to yield to pedestrians.

As word of Kupata’s heroics spread, locals began showing up to see the amazing dog in action. As more videos were taken, Kuapta’s actions eventually circulated online, putting the city of Batumi on the map in the process.

This prompted Georgia’s tourism board to officially adopt Kupata as he became the city’s de facto mascot. Even a mural was recently put up in his honour! Three cheers for the amazing Kupata!

News of his heroics spreads