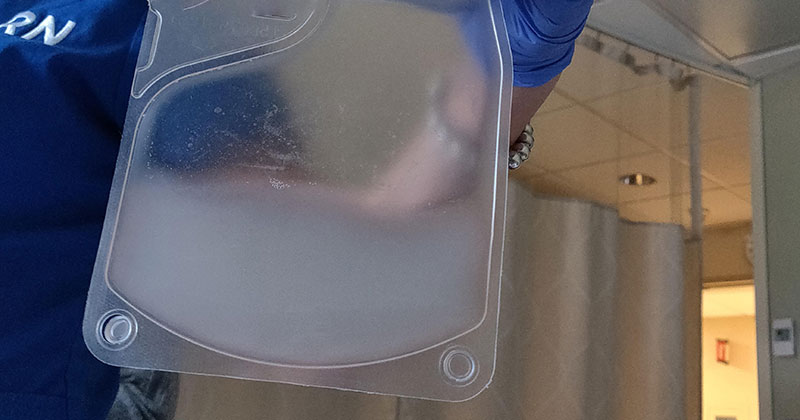 The advances being made in medical science continue to astound. For example, the bag above contains white blood cells which were removed from a patient and genetically modified at a laboratory. Now they are about to go back into the patient in hopes of curing their cancer.

This treatment is known at CAR T-Cell Immunotherapy, which was named as the “2017 & 2018 Advance of the Year” by the American Society of Clinical Oncology (ASCO):

In CAR (chimeric antigen receptor) T-cell therapy, a person’s T cells are removed and taken to a laboratory. The T cells are genetically changed so they will attack cancer cells. These CAR T cells are grown in large numbers and then injected into the patient. One of the remarkable things about this treatment is that it is a “living therapy.” CAR T cells typically have to be injected only once, because they go on to multiply in the body. CAR T cells continue fighting the cancer in the patient’s body, and their effectiveness may even grow over time. [source]