A railway car carrying corn spilled its contents over a stretch of approximately 2,000 ft in Crystal, Minnesota. The corn spilled from a train on the Canadian Pacific line and it has been estimated that roughly 900 bushels of grain spilled.

A photo by Mike Parker was shared on Twitter where it quickly went viral, drawing comparisons to the yellow brick road from the Wizard of Oz. 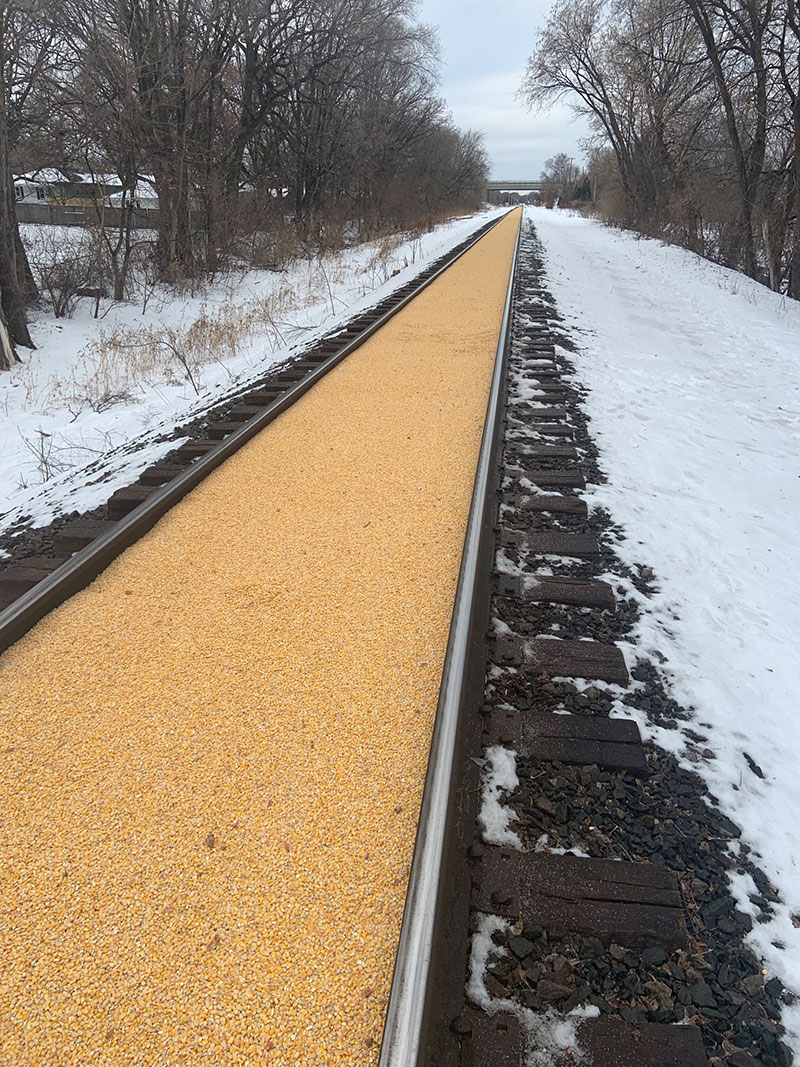 As the image spread, people were immediately skeptical. The corn spilled too smoothly and perfectly; where were the animals? As the spill happened in a populated area, others were able to quickly verify the image was indeed true and the spill quite real.

where the spill occurred

– The corn on the railroad track going viral on Facebook? It’s real and in Crystal
– Minnesota railroad tracks filled with perfectly placed corn spill for more than third of a mile
– Mike Parker on Twitter