Burning Since 1901, this Bulb is the Poster Child for Planned Obsolescence 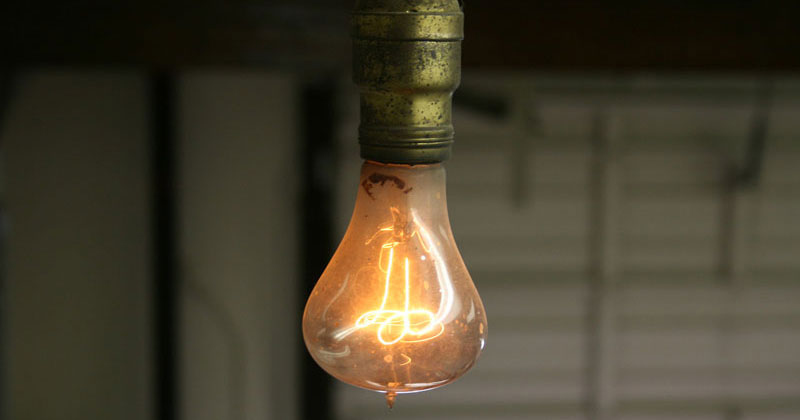 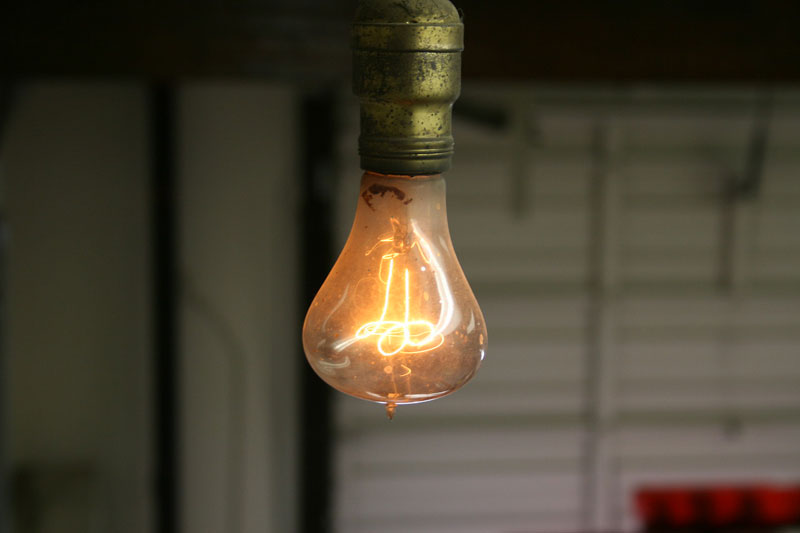 At 117-year-old (as of June 2018), the Centennial Light is the world’s longest-lasting light bulb. Burning since June of 1901, it is currently located inside Fire Station #6 at 4550 East Avenue, Livermore, California, and maintained by the Livermore-Pleasanton Fire Department.

The bulb has been officially recognized by The Guinness Book of World Records, Ripley’s Believe It or Not!, and General Electric as the world’s longest-burning light bulb.

The Centennial Light was originally a 30-watt or 60-watt bulb but now is very dim, emitting about the same light as a 4-watt nightlight. The hand-blown, carbon-filament common light bulb was manufactured in Shelby, Ohio, by the Shelby Electric Company in the late 1890s and was invented by Adolphe A. Chaillet. 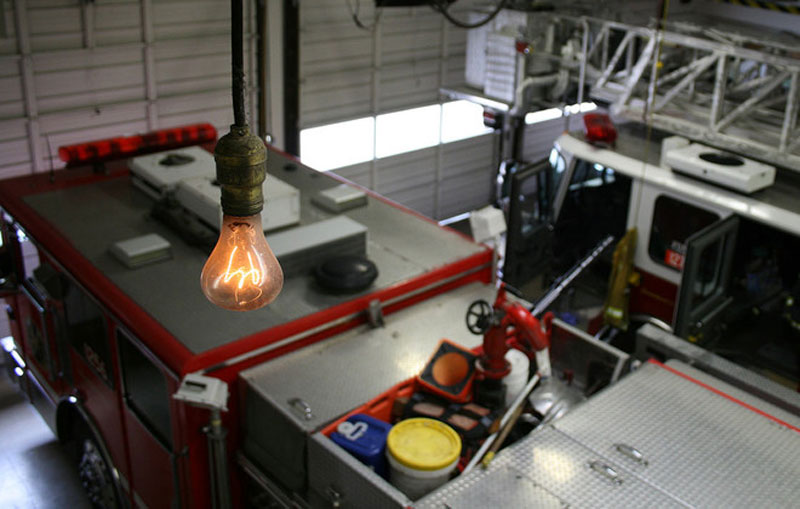 During its long and illustrious life, the Centennial Light has been ‘off’ on several occasions but that has been due to human error or intervention and not the bulb itself, which has never ‘burned out’ or ceased function. For example:

– In 1903 it was moved to the new Station 1 on First and McLeod, and survived the renovation of the Firehouse in 1937, when it was off for about a week
– In 1976 it was moved with a full police and fire truck escort, under the watch of Captain Kirby Slate, to its present site at Fire Station 6. It was deprived of electricity for 22 minutes
– There was an interruption on May 20th, 2013, when the UPS failed and it was off for at least 9 1/2 hours. When it was plugged back in it shined at 60 Watts for a few hours. It has since dimmed to its former 4 Watts. Why is still a mystery.
– During the earlier decades when the bulb had no back-up power source, it would have been subject to local power outages as it was connected to the local power grid 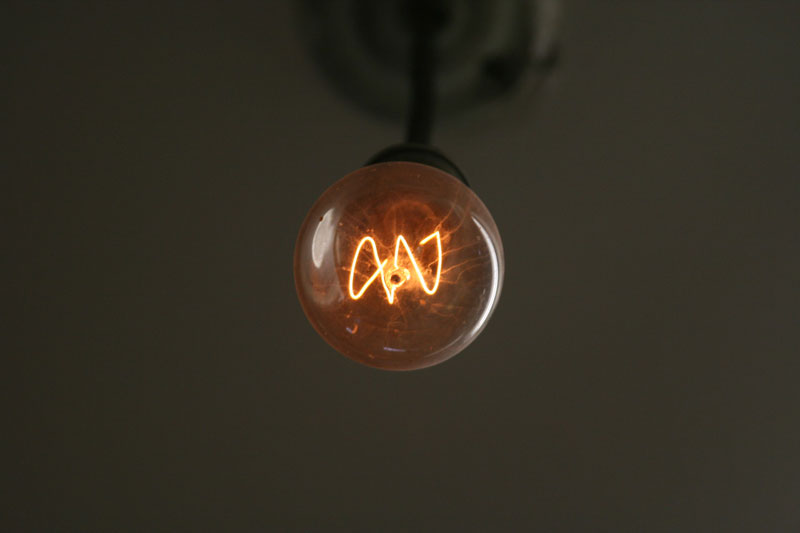 According to Wikipedia: Planned obsolescence, or built-in obsolescence, in industrial design and economics is a policy of planning or designing a product with an artificially limited useful life, so it will become obsolete (that is, unfashionable or no longer functional) after a certain period of time.

The rationale behind the strategy is to generate long-term sales volume by reducing the time between repeat purchases (referred to as “shortening the replacement cycle”). [source]

The light bulb and by extension the ‘Centennial Light’ has been oft-cited as a textbook example of planned obsolescence. 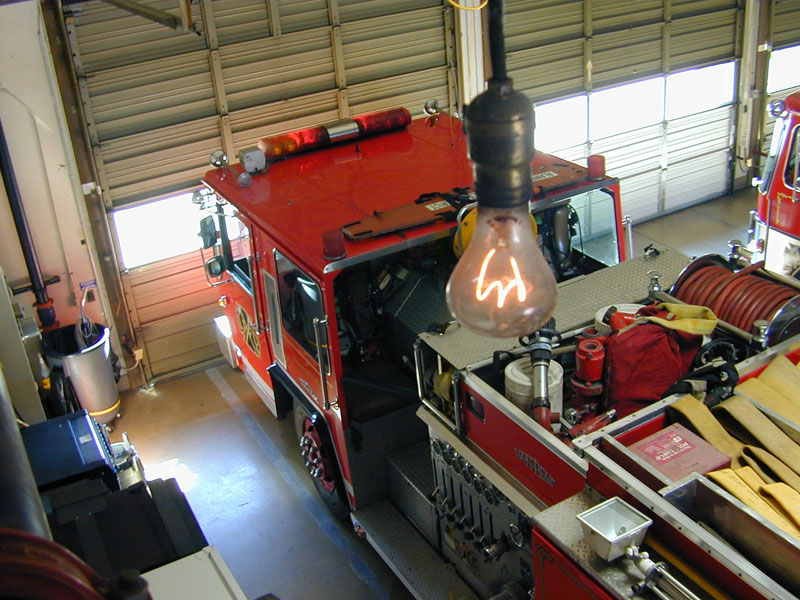 The Phoebus Cartel was a cartel that existed to control the manufacture and sale of incandescent light bulbs by appropriating market territories and fixing the useful life of such bulbs. It was founded on December 23, 1924; originally intended to last for thirty years (1925 to 1955), it was suspended in 1939 owing to the outbreak of World War II. The cartel included manufacturers Osram, General Electric, Associated Electrical Industries, and Philips, among others.

The Phoebus cartel is a notable landmark in the history of the global economy because it engaged in large-scale planned obsolescence to generate repeated sales and maximise profit. It also reduced competition in the light bulb industry for almost fifteen years, and has been accused of preventing technological advances that would have produced longer-lasting light bulbs. [source] 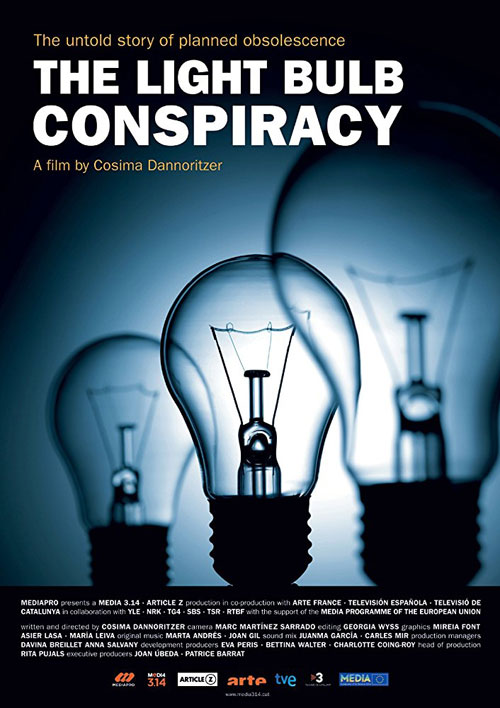 In a review of the film, The Mercury News adds:

Thomas Edison’s first commercial bulb in 1881 lasted for 1,500 hours; soon, bulb-makers were proudly advertising 2,500-hour bulbs. But in 1924, the main bulb manufacturers in America and Europe secretly formed a cartel to limit the average life of lamps to 1,000 hours, according to internal documents, Dannoritzer said. By the 1940s, 1,000-hour bulbs became the standard. Eventually, the cartel was exposed, and in 1953, General Electric and other industry leaders were banned from limiting the light bulb’s life span. [source]

Today, The Centennial Light continues to burn (there was even a 1 million hour party on June 27, 2015) and people continue to cite the light’s very existence as a clear example of planned obsolescence.

If you want to see or learn more about the Centennial Light and it’s interesting history, visit www.centennialbulb.org 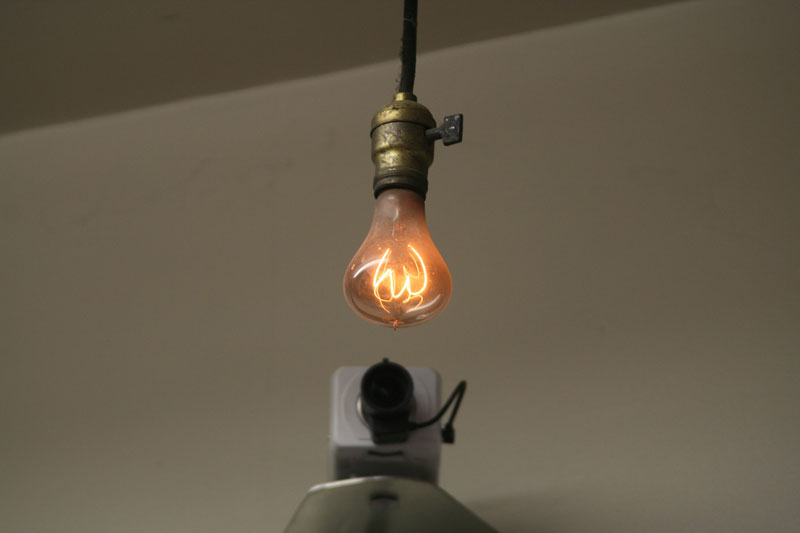 A webcam keeps an eye on the bulb 24/7. In fact, a photo is uploaded to http://www.centennialbulb.org/cam.htm every 30 seconds 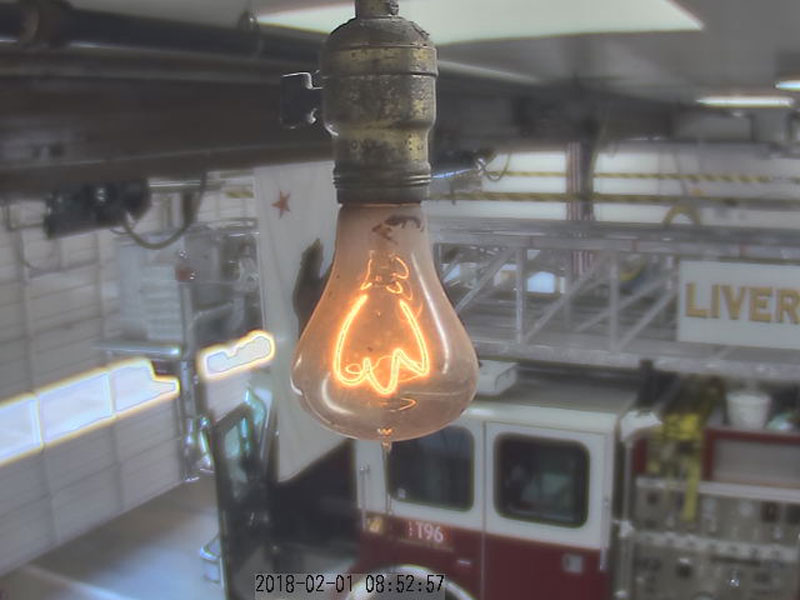