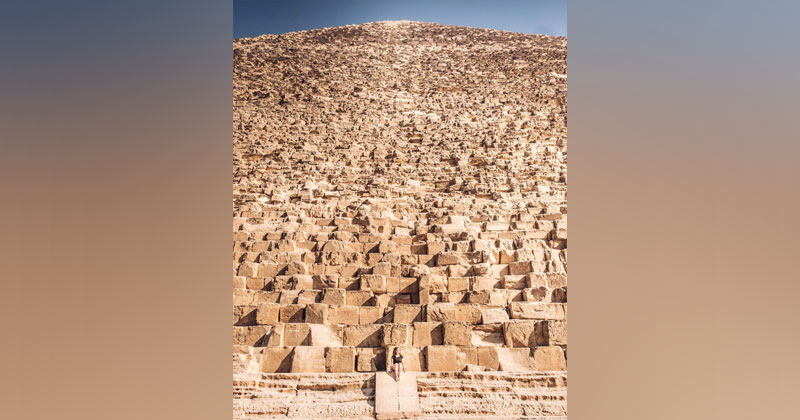 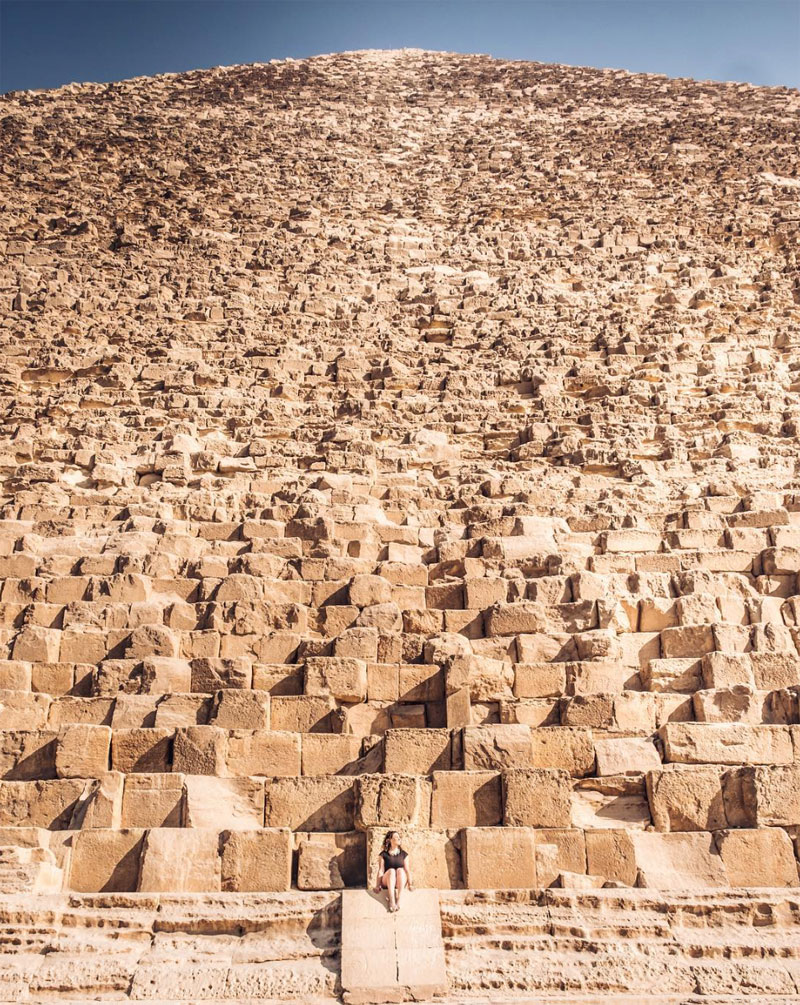 Sometimes a new perspective can cast something familiar into an entirely new light. That was the case for me and this close up of the Great Pyramid of Giza, which is the oldest of the Seven Ancient Wonders of the World and the only one to remain largely intact.

Egyptologists believe that the pyramid was built as a tomb over a 10- to 20-year period concluding around 2560 BC. Initially at 146.5 metres (481 feet), the Great Pyramid was the tallest man-made structure in the world for more than 3,800 years. Originally, the Great Pyramid was covered by limestone casing stones that formed a smooth outer surface; what is seen today is the underlying core structure. [source]