Each Colored Area is Approximately 1/4 of Canada’s Population 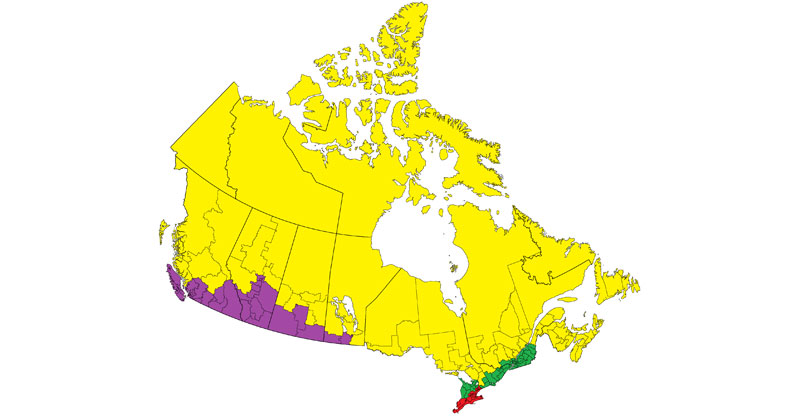 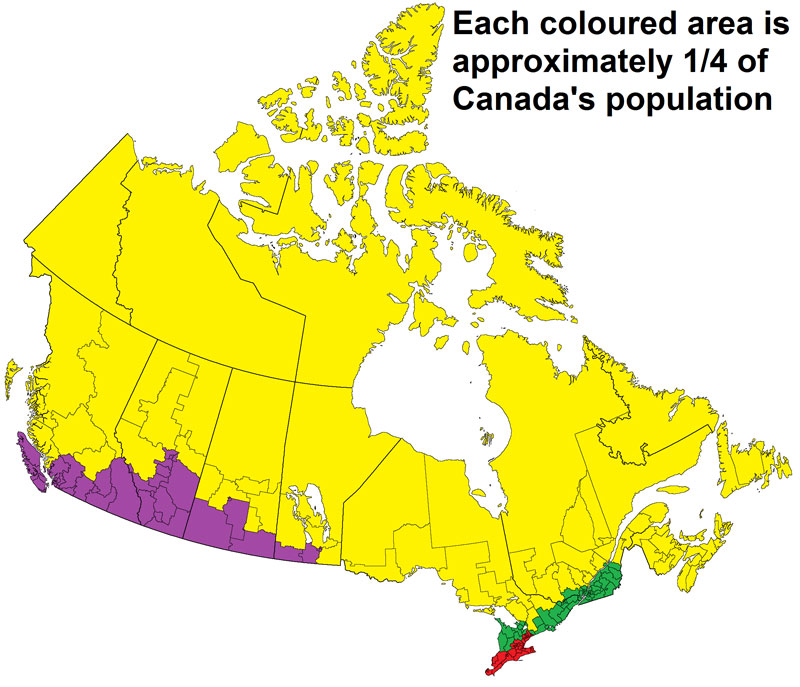 Reddit user repliers_beware created this interesting map that shows how concentrated Canada’s population is, especially along the US border.

With each color representing about 25% of the nation’s 36.29 million people, you can see how sparse northern Canada is. In fact, with a population density of 3.5 people per square kilometre (9.1/sq mi), it is one of the most sparsely populated countries in the world (240/255). In terms of total area however, Canada is the second largest country in the world next to Russia and larger than China (3rd) and the United States (4th).