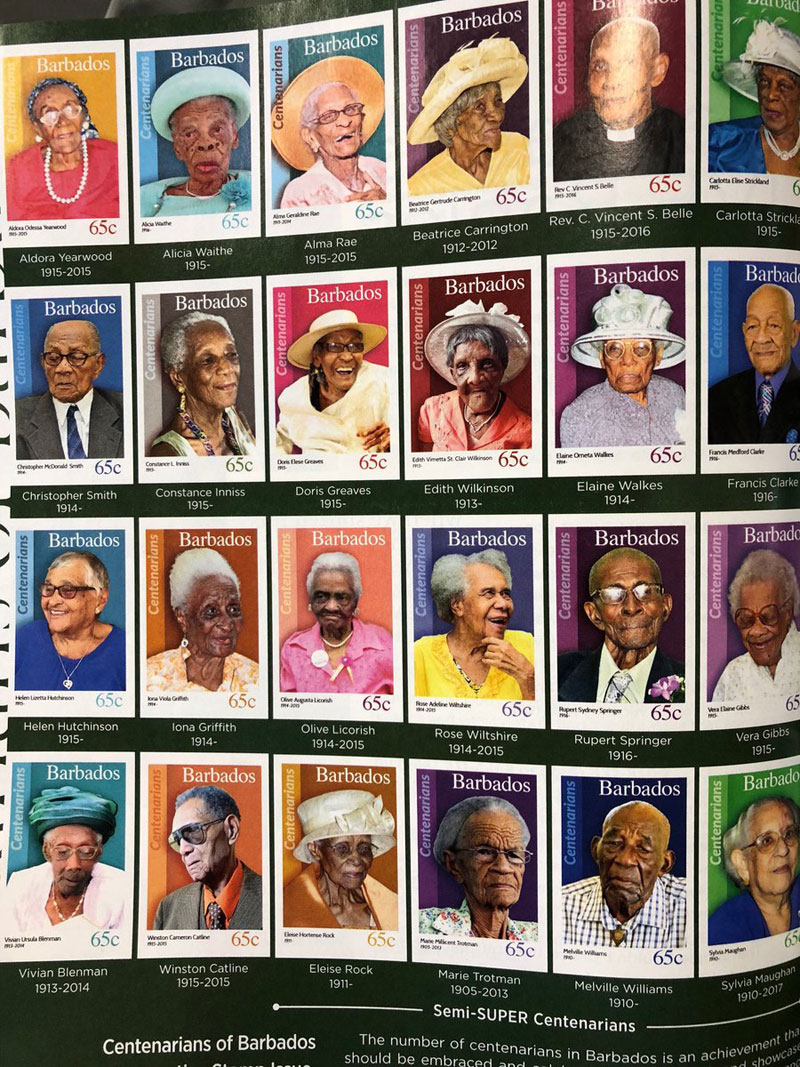 The commemorative stamp issue from December 2016 featured 27 centenarians (past and present), including seven ‘super’ (110+) and ‘semi-super’ (105-109) centenarians. You can read more about the stamps here.