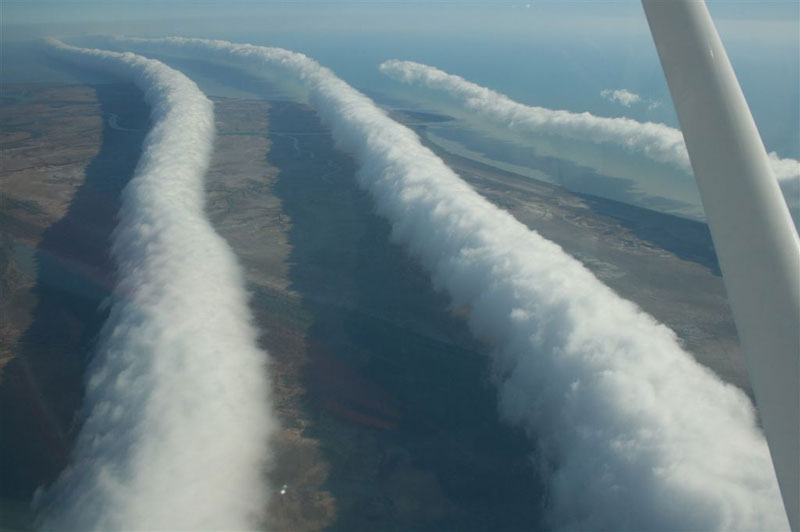 Spotted off the coast of Burketown in Queensland, Australia is a rare meteorological phenomenon known as a Morning Glory cloud. Morning glories are a type of roll cloud, or arcus cloud that can be up to 1,000 kilometres (620 mi) long, up to 1 to 2 kilometres (0.62 to 1.24 mi) high, and travel at rates of 10 to 20 metres per second. [source]

Morning Glory clouds consist of a low-level atmospheric solitary wave and associated cloud. The southern part of the Gulf of Carpentaria in Northern Australia is the only known location where it can be predicted and observed on a more or less regular basis due to the configuration of land and sea in the area.

You can read more about these fascinating meteorological phenomenons on Wikipedia.

via Mick Petroff on Wikimedia Commons