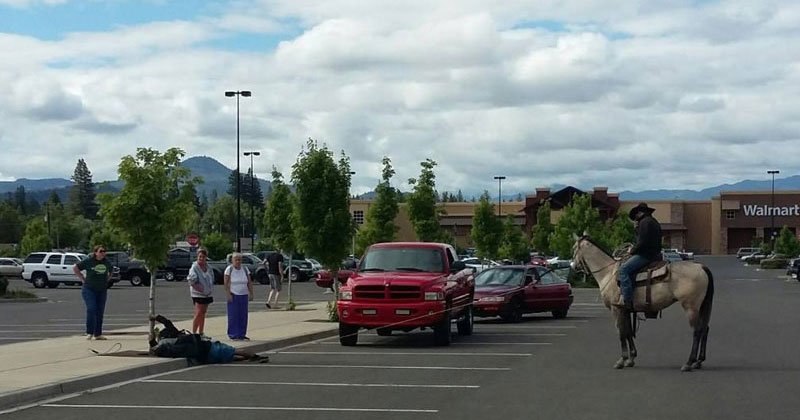 If it wasn’t for the photos this story would be hard to believe. A would-be thief attempting to steal a mountain bike from a rack outside a Walmart in southern Oregon was chased down by a man on a horse and lassoed until police arrived to arrest the individual.

The incident took place in a Walmart parking lot in Eagle Point, a small town about 12 miles northeast of Medford.

After witnesses noticed a man trying to steal a bike, Robert Borba sprang into action. Borba was in the lot with his horse in a trailer. According to KTVL:

The man chased after the thief on horse, who was fleeing, and lassoed the suspect, holding him down until local police arrived.