The Definitive Compilation of Mexico Thanking Korea for Beating Germany 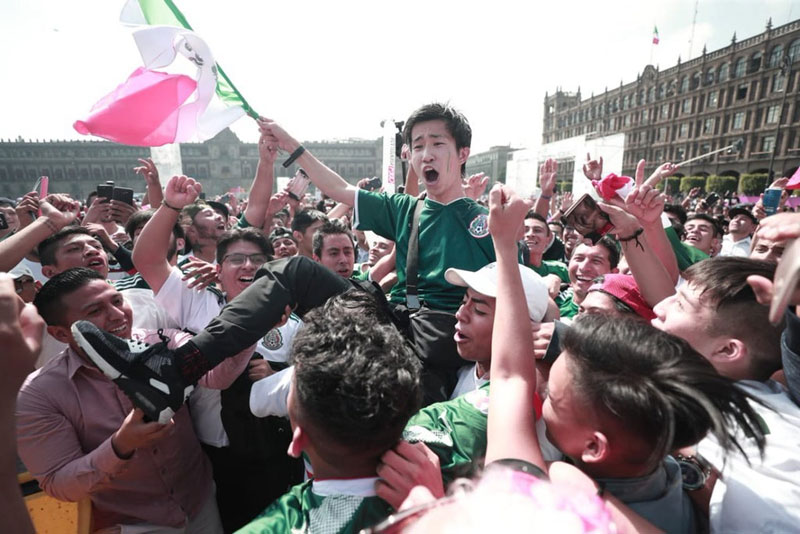 In the final game of the group stage, South Korea stunned Germany in a thrilling 2-0 victory that sent the reigning World Cup champions home early. The pivotal win by South Korea insured Mexico would advance to the knockout stage, sending the country and fans into total frenzy.

Outside the stadium and across Mexico; fans rushed to thank, praise and extol any Korean person they could find. It was fun, it was over-the-top, it was a smile-inducing storyline for football fans (excluding German ones).

Below is a definitive compilation of all the clips I could find of Mexico thanking South Korea for beating Germany, enjoy!

The Mexicans found a South Korean outside the stadium 😂 pic.twitter.com/9gG7V9wtOd

At the Main Square in Mexico City and Beyond

In honor of Korea, I had to put this Korean man on my shoulders to celebrate 🇰🇷 pic.twitter.com/A8mNVH3DuE

This Korean man is the most popular man at Plaza Mexico. People are rushing to pose for pictures with him. #WorldCup pic.twitter.com/IbX3tCfdz1

Meanwhile at the South Korean Embassy in Mexico City..

That’s the Korean consul general to Mexico, Byoung-Jin Han, celebrating with grateful Mexican fans outside the Korea embassy here. One fan said he took a shot of tequila with them earlier. pic.twitter.com/NGWEmRADUW

One last tweet about Byoung-jin Han: that tequila shot he took while wearing a Mexico jersey lent to him by a fan? Another fan @sebasaspe passed this along: pic.twitter.com/JtCAe8390y

Re: Korea defeating Germany, thus allowing Mexico to progress to the next round–this video of Mexican fans bumrushing the Korean embassy in Mexico City to thank the ambassador personally, and forcing him to down tequila shots is so beautiful and perfect 😂 #KORGER pic.twitter.com/E1GeZCRrlK

Later that day at a Kia dealership… 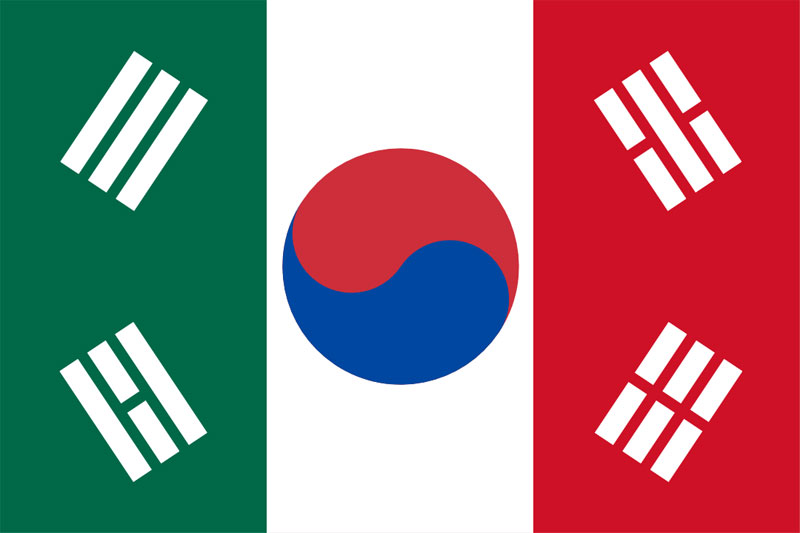 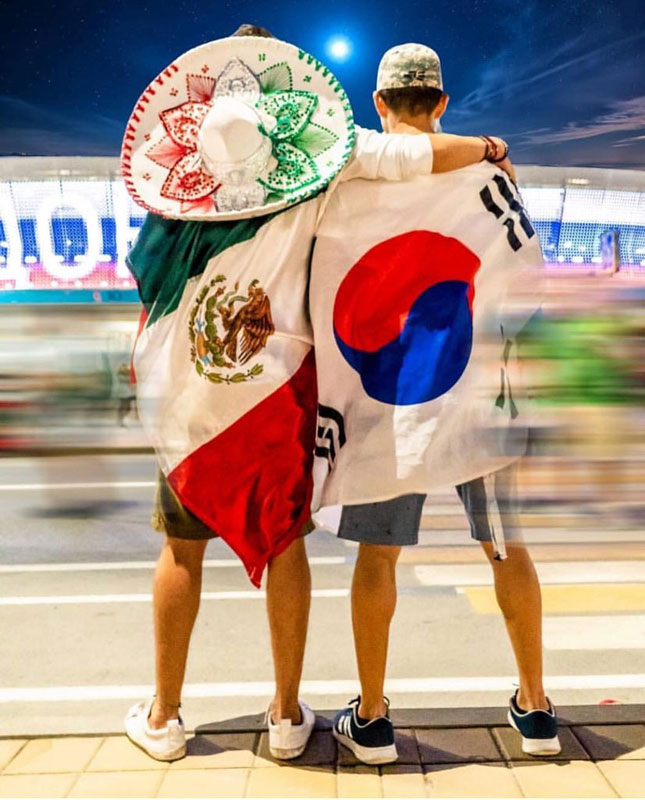