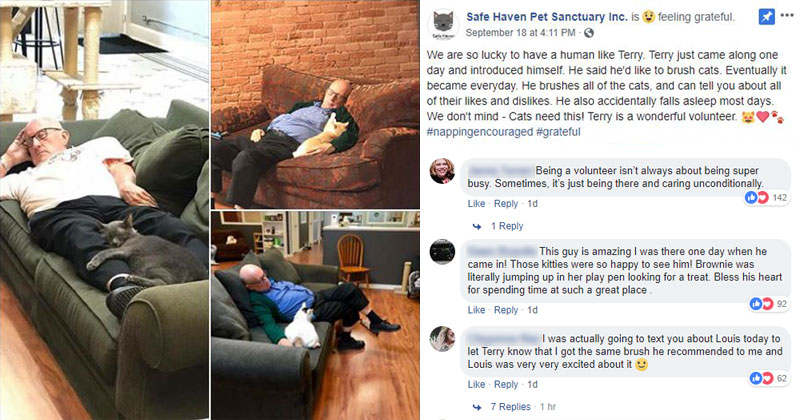 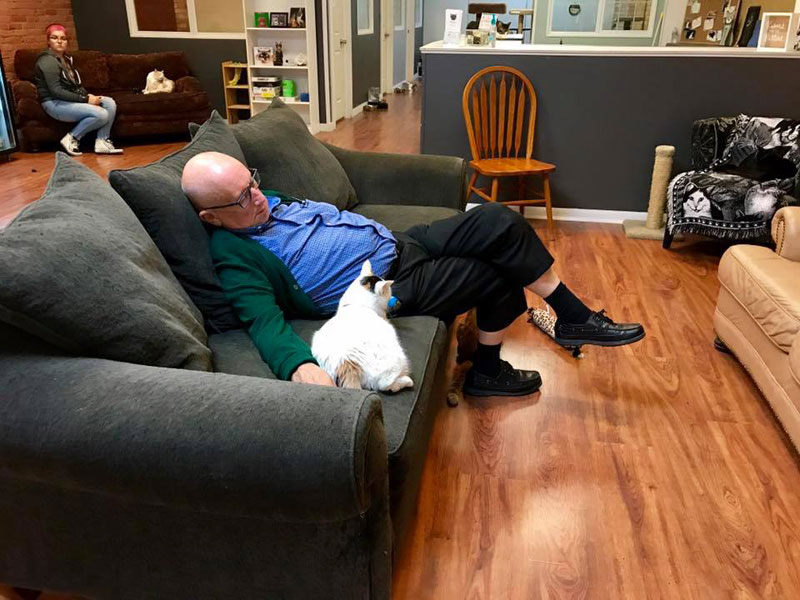 An amazing volunteer named Terry has gone viral after the Safe Haven Pet Sanctuary shared on Facebook the following message along with some priceless pics:

We are so lucky to have a human like Terry. Terry just came along one day and introduced himself. He said he’d like to brush cats. Eventually it became everyday. He brushes all of the cats, and can tell you about all of their likes and dislikes. He also accidentally falls asleep most days. We don’t mind – Cats need this! Terry is a wonderful volunteer.

Terry has been taken aback by his ‘Internet fame’ and doesn’t care for the attention, he just wants what’s best for the cats. So the shelter set up a Facebook fundraiser in his name which you can see here as well as find embedded below. 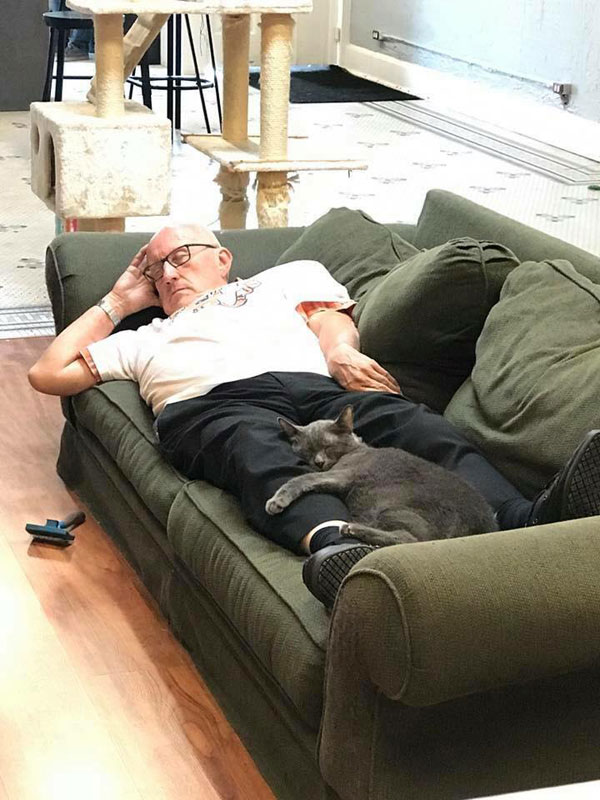 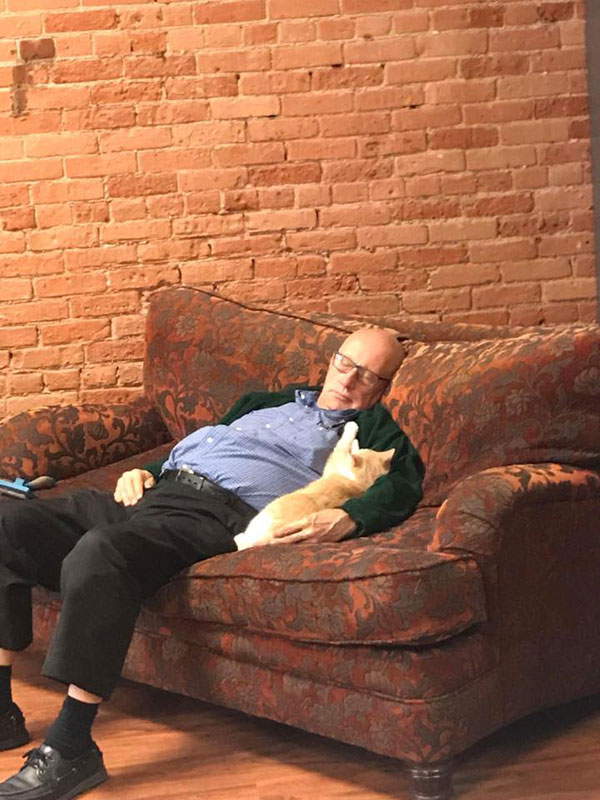 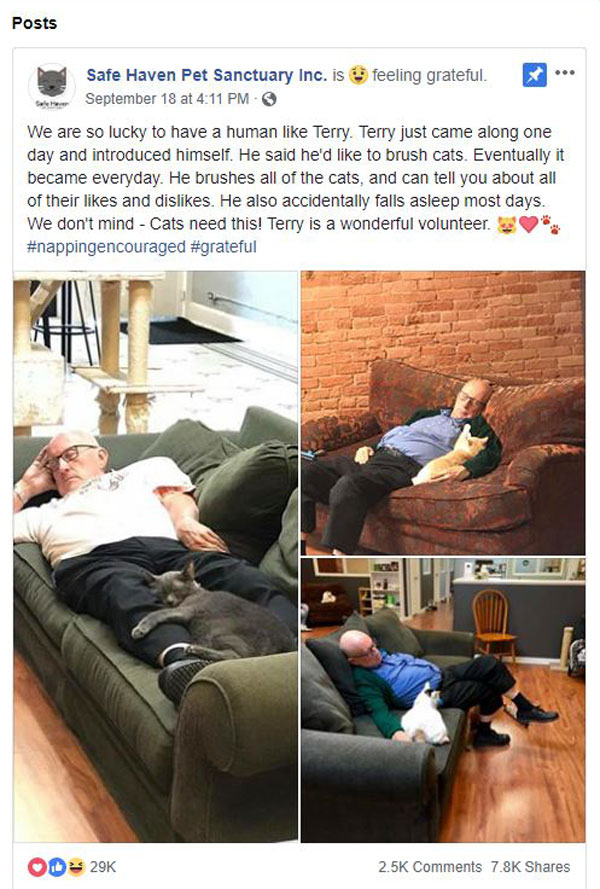