1 of these 3 Illusions Will Make You Question Your Eyesight 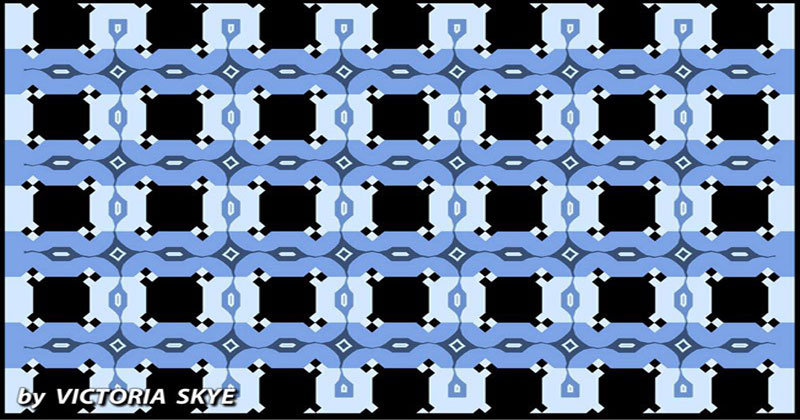 Opitcal (or visual) illusions have a way of captivating us and shaking up our reality. Many of us rely on our vision to validate and make sense of the world around us. When you are presented with a fact that your eyes cannot confirm, it can be a bit jarring.

We’ve posted plenty of illusions on the Sifter but we think the three below are the cream of the crop. Take a look and we guarantee one of them will make you question your eyesight. 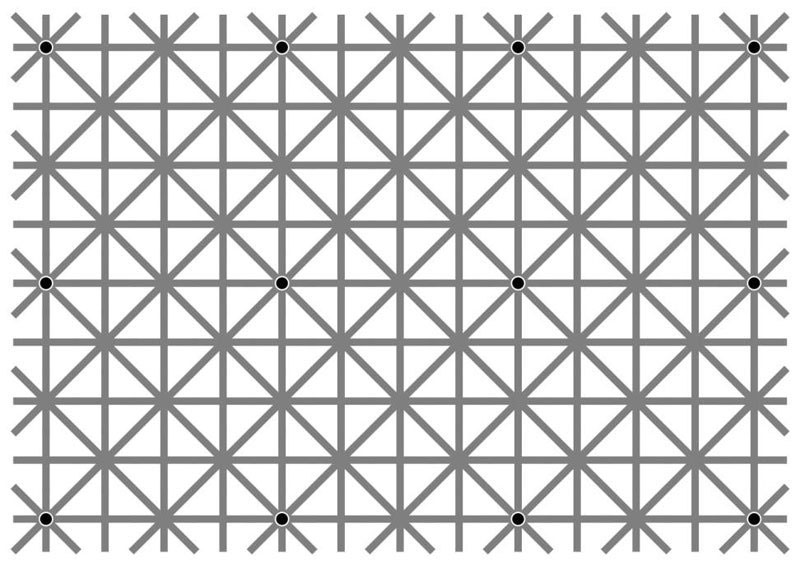 An optical illusion from 2000 by Jacques Ninio entitled Ninio’s Extinction Illusion, there are 12 black dots at the intersections of this image but most people can’t see them all due to our poor periphery vision. Ninio explains:

“When the white disks in a scintillating grid are reduced in size, and outlined in black, they tend to disappear. One sees only a few of them at a time, in clusters which move erratically on the page. Where they are not seen, the grey alleys seem to be continuous, generating grey crossings that are not actually present. Some black sparkling can be seen at those crossings where no disk is seen. The illusion also works in reverse contrast.” [source]

2. The 4 Horizontal Blue Lines are Straight and Parallel 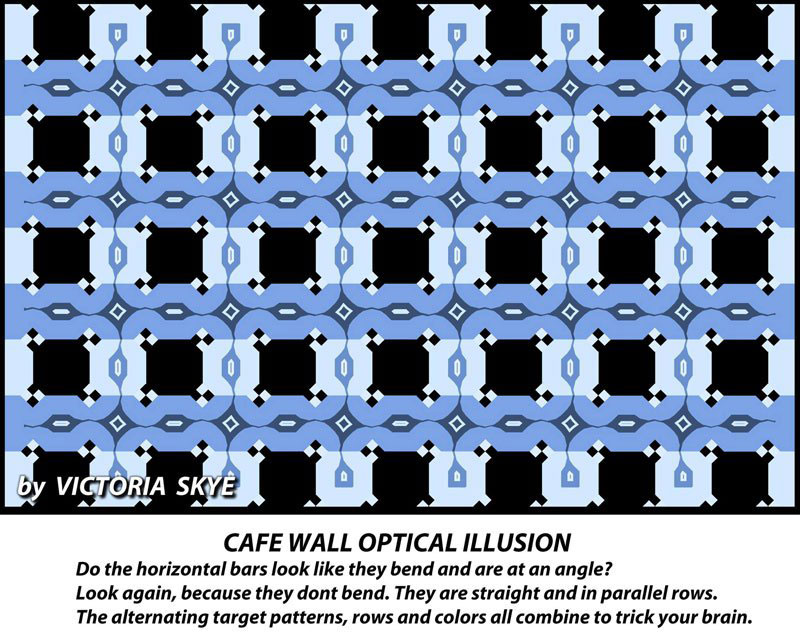 In this modern interpretation of the classic ‘Cafe Wall Illusion‘ our mind tricks us into thinking the horizontal blue lines are curved and bending. The illusion was made by professional magician and illusion artist Victoria Skye.

According to Skye, the key to the illusion are the black and white diamond ‘targets’ at each intersection. When looking at the lines vertically, one can see that the squares that make up the diamond alternate their position. These alternating targets create the effect. [source]

“In my version of the famous Café Wall illusion, I have mixed together both the original Café Wall illusion that was made famous by Richard Gregory – and which showcases the brickwork laid on the wall of a café in Bristol, England – with the work of Akiyoshi Kitaoka, who has developed a number of different versions using the same underlying effect” [source]

When you blur the image the effect disappears because you can no longer resolve the tiny white-black interactions. It was first described under the name Kindergarten illusion in 1898, and re-discovered in 1973 by Richard Gregory.

3. Stare at the little black dot in the middle
and watch the image slowly fade away 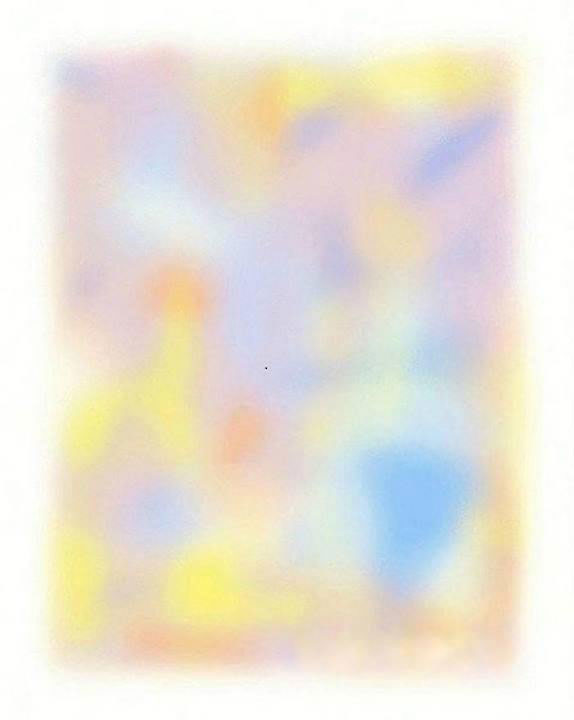 Troxler’s fading, or Troxler fading, or the Troxler effect, is an optical illusion affecting visual perception. When one fixates on a particular point for even a short period of time, an unchanging stimulus away from the fixation point will fade away and disappear. It was first identified by Swiss physician Ignaz Paul Vital Troxler in 1804, who was practicing in Vienna at the time.

Troxler’s fading can occur without any extraordinary stabilization of the retinal image in peripheral vision because the neurons in the visual system beyond the rods and cones have large receptive fields. This means that the small, involuntary eye movements made when fixating on something fail to move the stimulus onto a new cell’s receptive field, in effect giving unvarying stimulation. [source]

In this example, the spots in the “lilac chaser” illusion fade away after several seconds when the black cross is stared at long enough. This leaves a grey background and the cross. Some viewers may notice that the moving space has faded into a moving blue-green spot, possibly with a short trail following it. Furthermore, moving one’s eyes away from the image after a period of time may result in a brief, strong afterimage of a circle of green spots.