10,317 Days Later, The Berlin Wall Has Been Down Longer Than It Stood 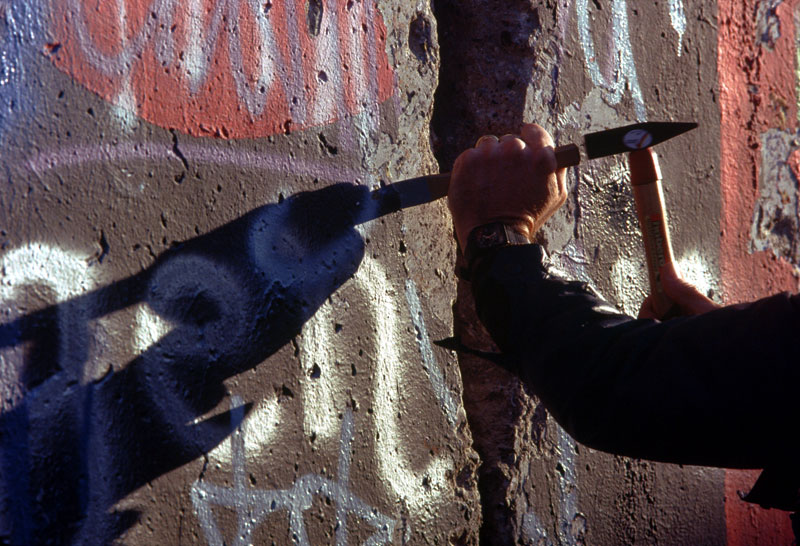 For more than 28 years, the Berlin Wall stood as one of the most powerful symbols of the Cold War. At least 140 people died trying to cross the wall to escape to the West. It divided families, ideologies and more.

Now, on February 6th, 2018, the Wall has officially been down one day longer than it was up. It took 10,317 days for this milestone to come and it serves as a reminder of those, whose lives were forever changed by it. 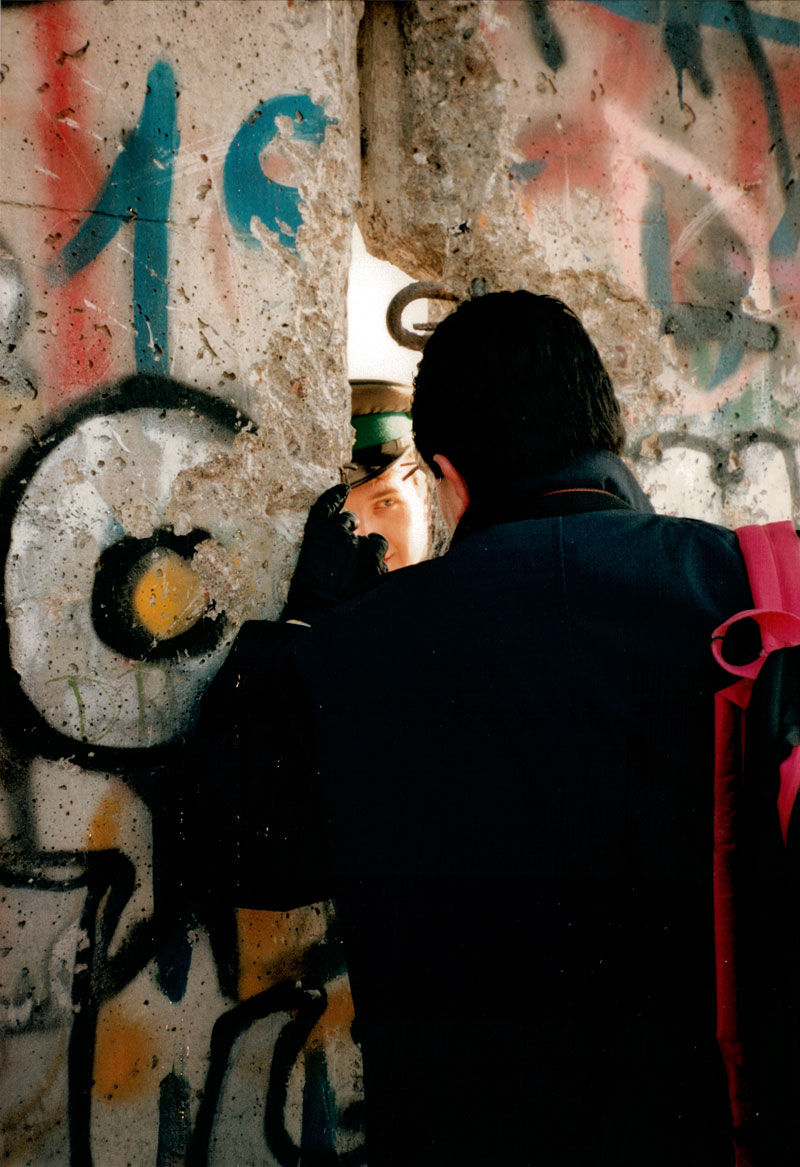 Constructed by the German Democratic Republic (GDR, East Germany), starting on 13 August 1961, the Wall cut off (by land) West Berlin from virtually all of surrounding East Germany and East Berlin until government officials opened it in November 1989. Its demolition officially began on 13 June 1990 and finished in 1992.

In 1989 a series of revolutions in nearby Eastern Bloc countries—Poland and Hungary in particular—caused a chain reaction in East Germany that ultimately resulted in the demise of the Wall. After several weeks of civil unrest, the East German government announced on 9 November 1989 that all GDR citizens could visit West Germany and West Berlin. Crowds of East Germans crossed and climbed onto the Wall, joined by West Germans on the other side in a celebratory atmosphere. Over the next few weeks, euphoric people and souvenir hunters chipped away parts of the Wall; the governments later used industrial equipment to remove most of what was left. [source] 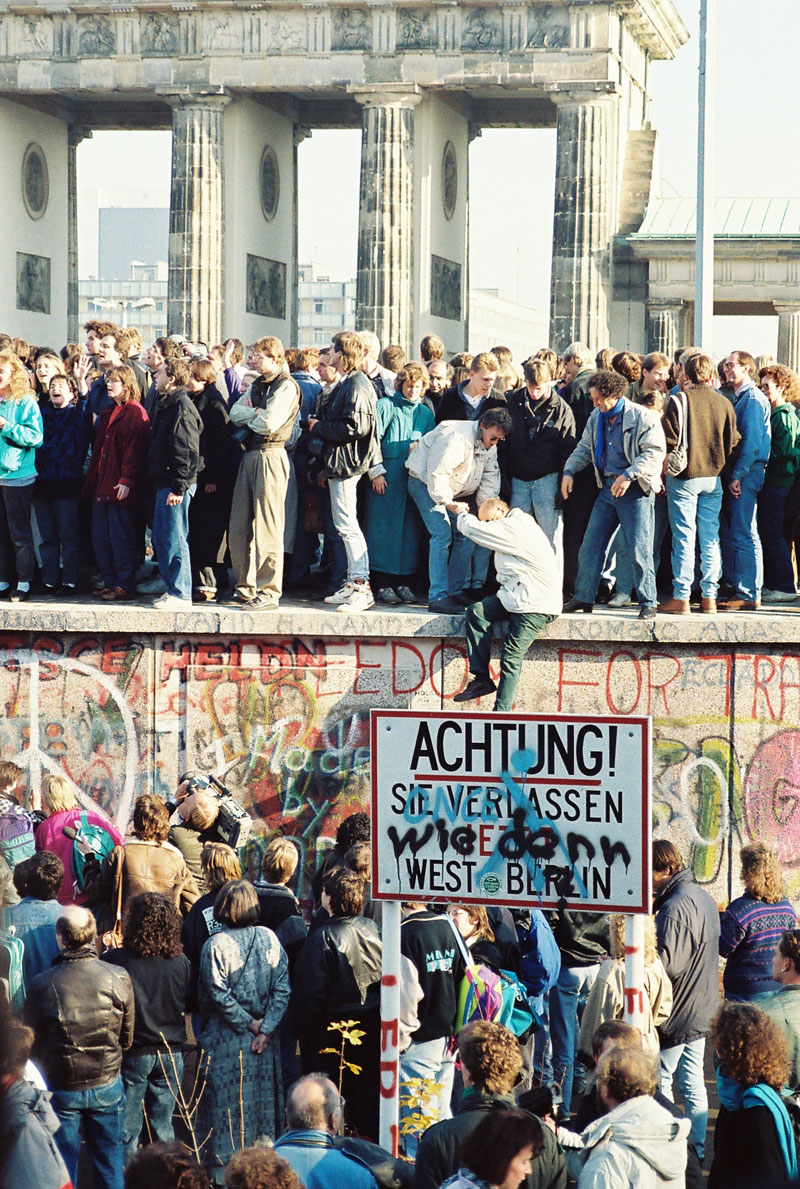 People atop the Berlin Wall near the Brandenburg Gate on 9 November 1989. The text on the sign “Achtung! Sie verlassen jetzt West-Berlin” (“Notice! You are now leaving West Berlin”) has been modified with an additional text “Wie denn?” (“How?”). Also in blue is the logo for ONCE, whose cycling team was started in 1989. 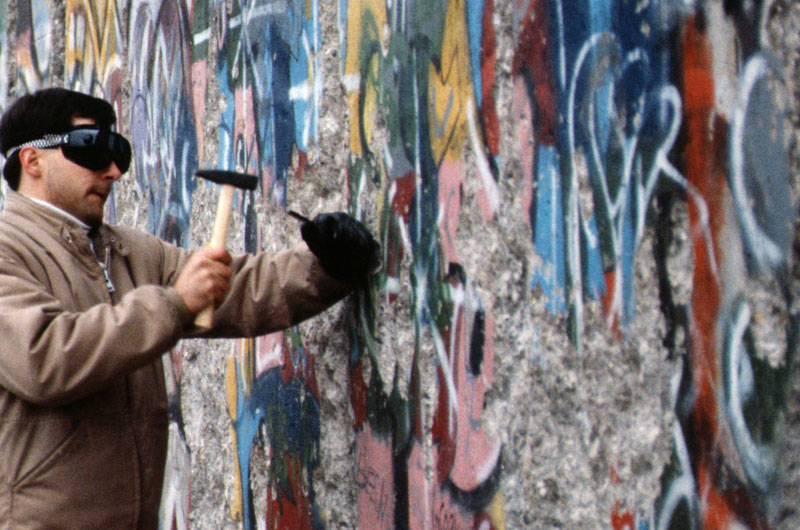 The Berlin Wall was more than 140 kilometres (87 mi) long. In June 1962, a second, parallel fence was built some 100 metres (110 yd) farther into East German territory establishing what later became known as the ‘death strip’. The death strip was covered with raked sand or gravel, rendering footprints easy to notice, easing the detection of trespassers and also enabling officers to see which guards had neglected their task. [source] Below is a brief overview of the physical wall: 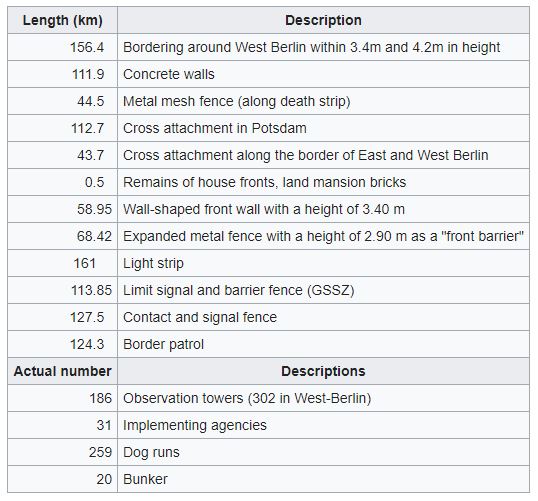 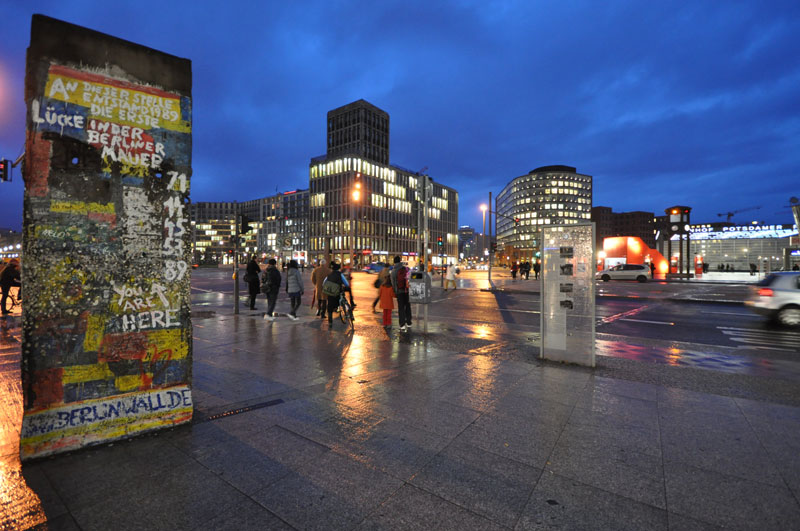 Short section of the Berlin Wall at Potsdamer Platz (Berlin, Germany). The white painted text in the upper third of the section reads: “At this place, the first crevice/hole in the Berlin Wall was created”.