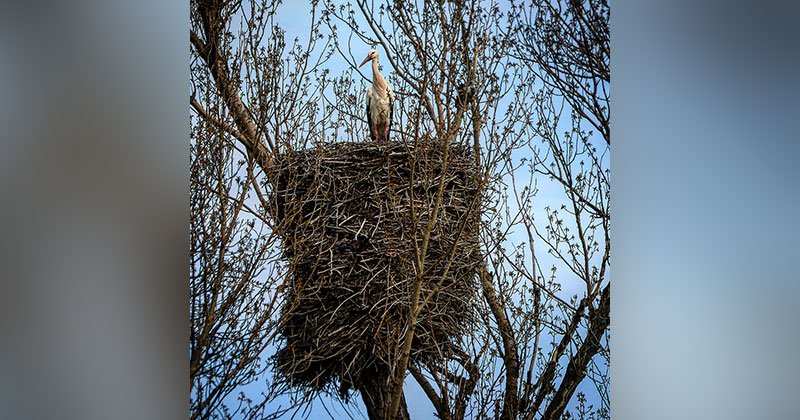 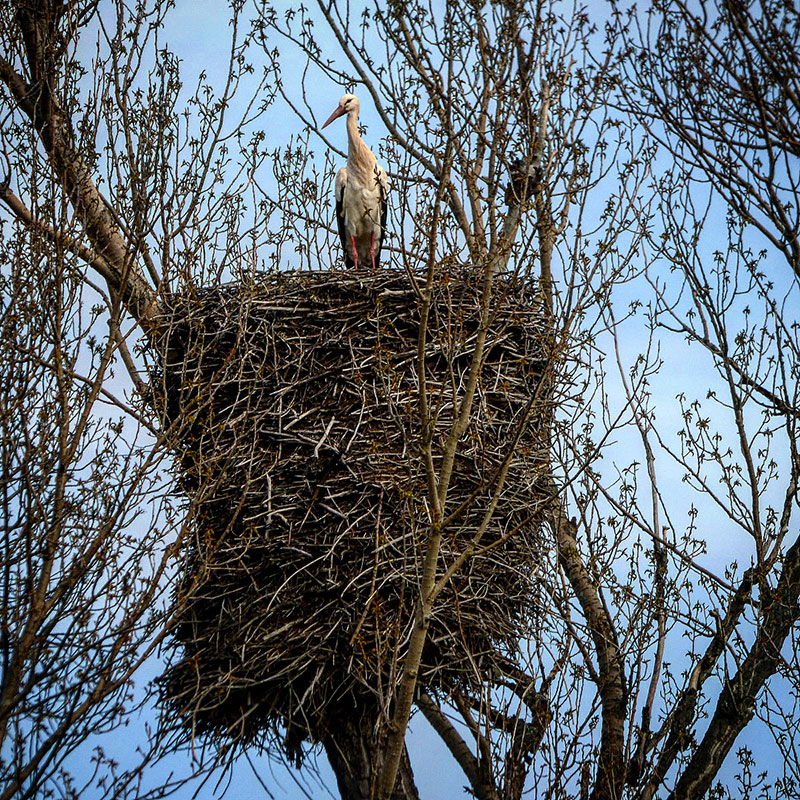 Check out this stork’s amazing nest! According to Wikipedia:

The nest is typically used year after year especially by older males. The males arrive earlier in the season and choose the nests. Larger nests are associated with greater numbers of young successfully fledged, and appear to be sought after.

White stork nests are also habitats for an array of small arthropods, particularly over the warmer months after the birds arrive to breed. Nesting over successive years, the storks bring more material to line their nests and layers of organic material accumulate within them. Not only do their bodies tend to regulate temperatures within the nest, but excrement, food remains and feather and skin fragments provide nourishment for a large and diverse population of free-living mesostigmatic mites. [source]