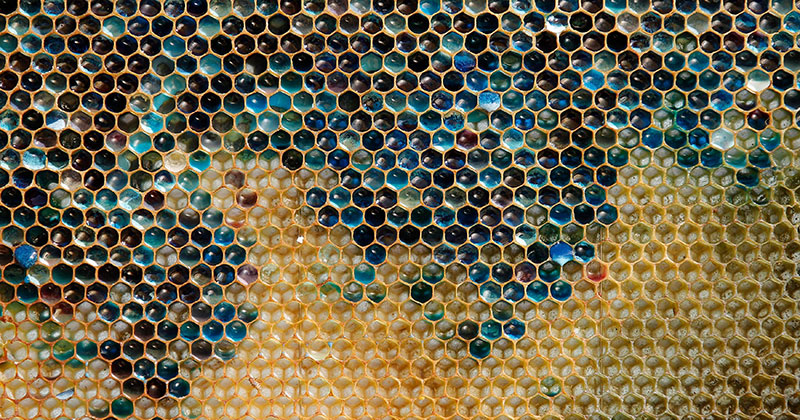 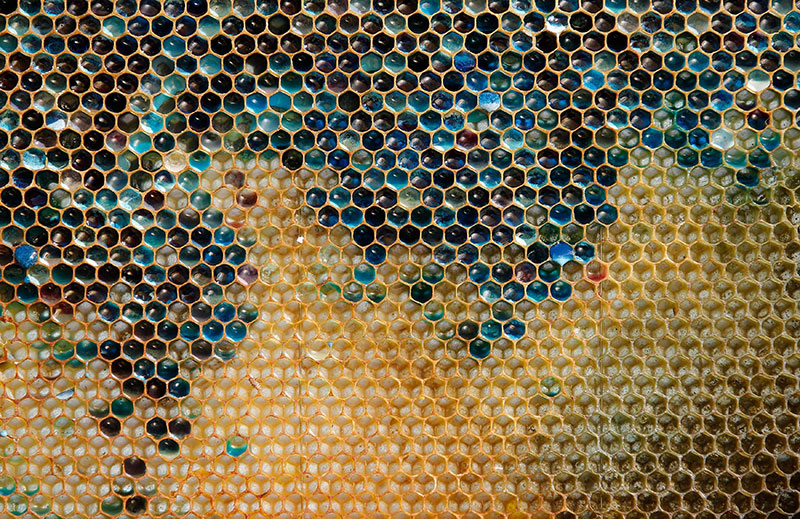 Back in 2012, beekeepers in northeastern France were abuzz when their bees started mysteriously producing blue honey. After a few months of the bizarre phenomenon, beekeepers discovered that bees were eating the waste from a nearby biogas plant in Ribeauville that had been processing the waste produced from making M&Ms.

According to the Independent, Mars operates a chocolate factory near Strasbourg, around 100 km (62 miles) away from the affected apiaries. They were sending their waste to be processed by the Biogas plant in Ribeauville which was not properly sealing/containing the waste, allowing the bees to feast on it.