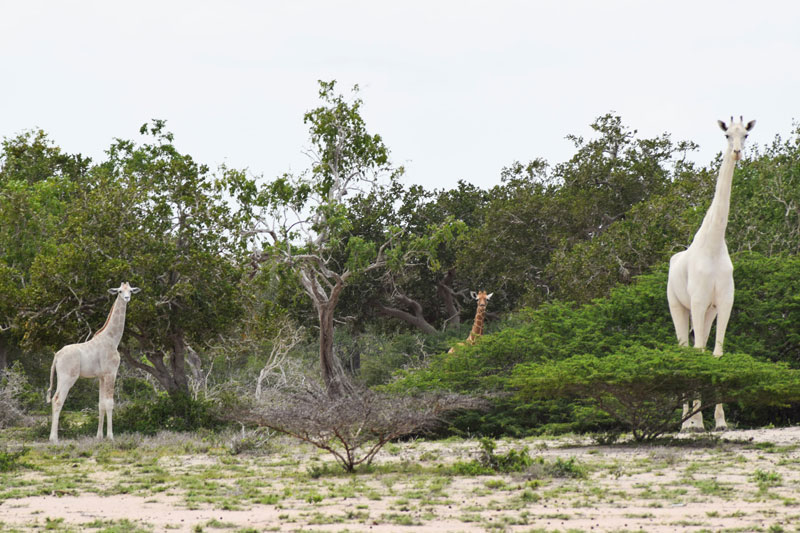 Rangers from the Hirola Conservation Programme were left stunned after the discovery of an extremely rare, snow white (leucistic) giraffe and her calf. Leucism is a condition in which there is partial loss of pigmentation in an animal resulting in white, pale, or patchy coloration of the skin, hair, feathers, scales or cuticle, but not the eyes. Unlike albinism, it is caused by a reduction in multiple types of pigment, not just melanin. [source]

Rumours had circulated of a white giraffe and her baby in the local area of the Ishaqbini conservation, in Garissa County, Kenya, but the conservation rangers finally got to see the real thing after a tip off last June. The group of giraffes appeared calm as the Rangers got closer and seemed undeterred by their presence.

Sightings of white giraffes have also been reported in Tanzania’s Tarangire National park, however the video embedded below from Kenya is the first known video footage of the rare, snow white giraffe. 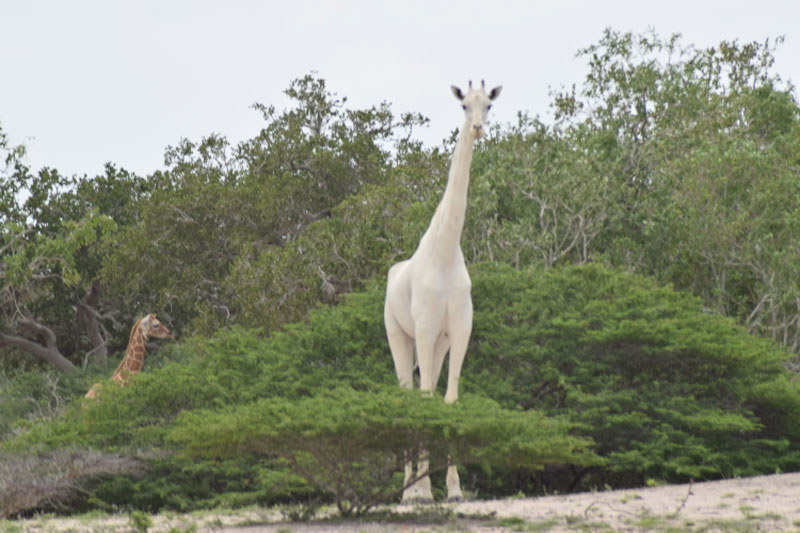 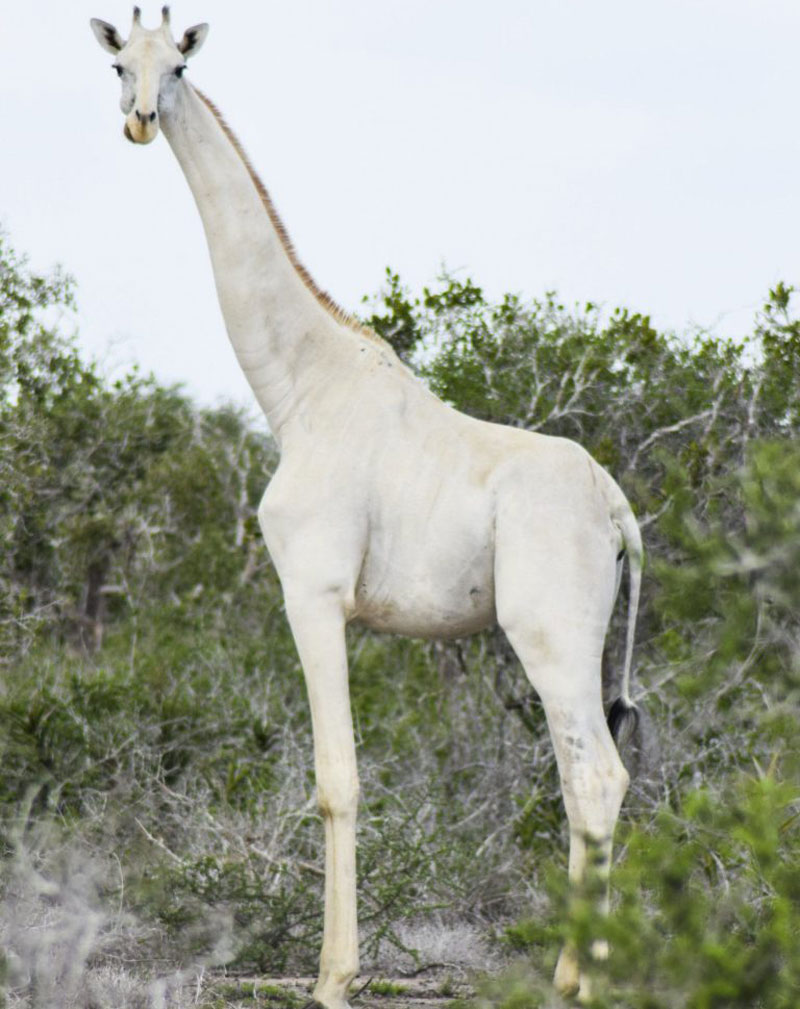