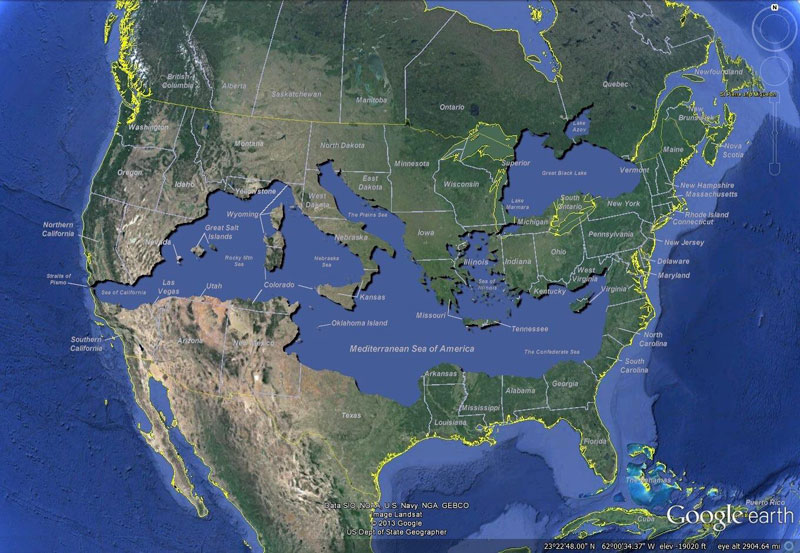 In the compilation of maps below we see a map of the contiguous United States used as a reference for explaining the relative size and location of other places in the world (and solar system).

If you enjoy this quirky compilation be sure to check out our more extensive posts:

1. If the Mediterranean Sea was in North America

2. The United States and Canada at the Same Latitudes as Europe 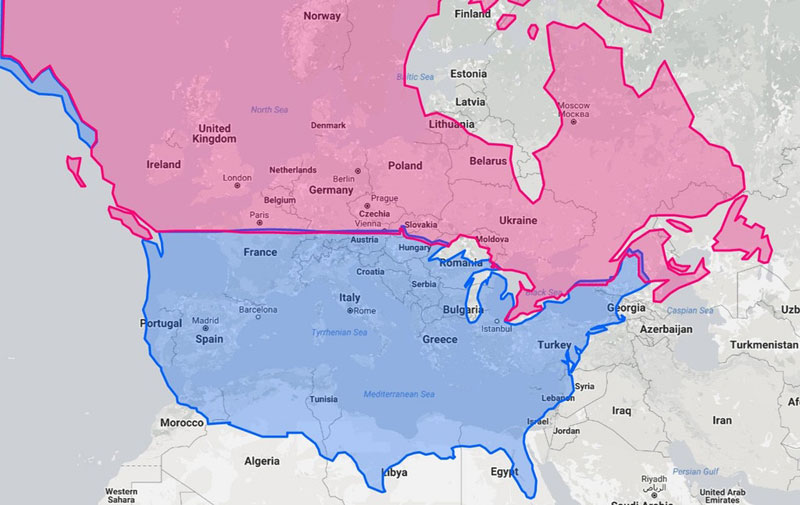 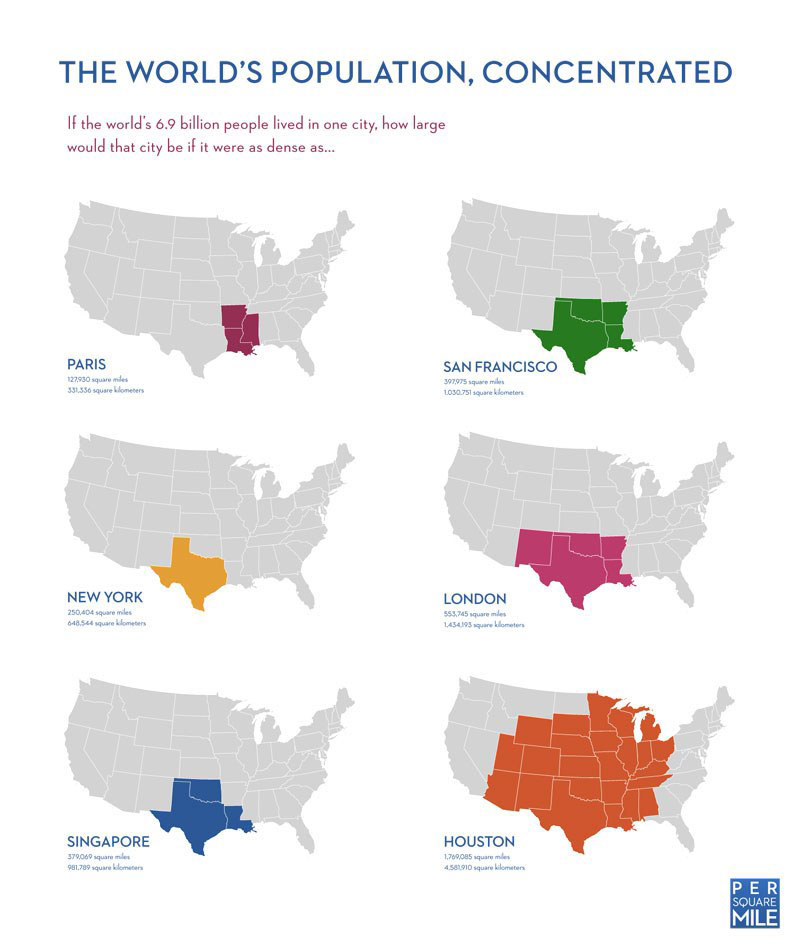 4. Using Colorado to Show How the Mercator Projection Skews Size from the Equator to North Pole 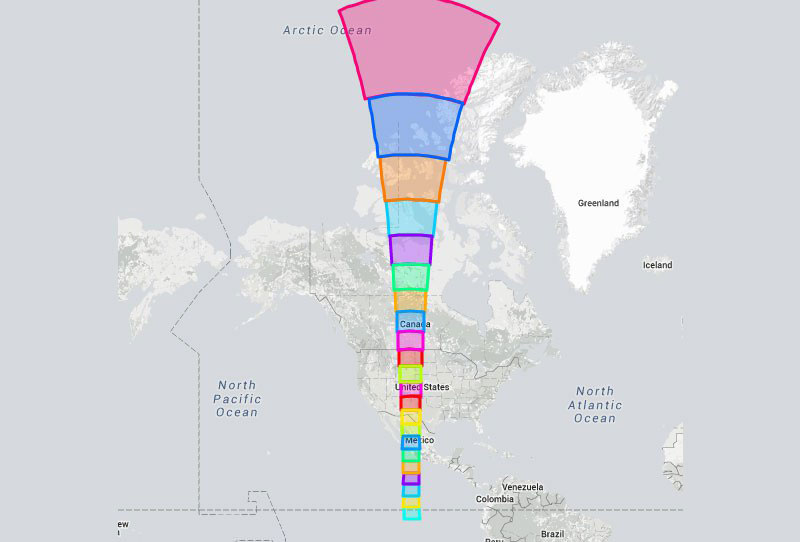 Map by h2ppyme using The True Size Of…

5. US/North America on the Surfaces of the Moon, Mars and Jupiter 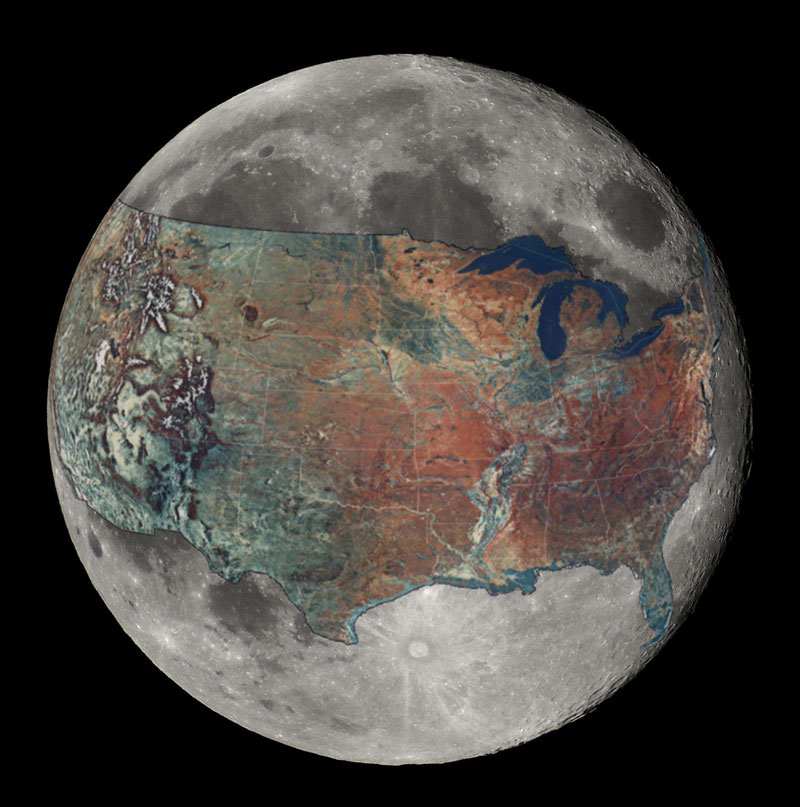