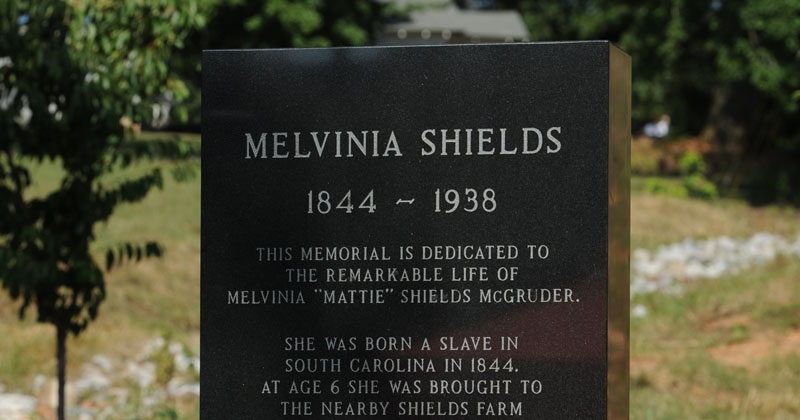 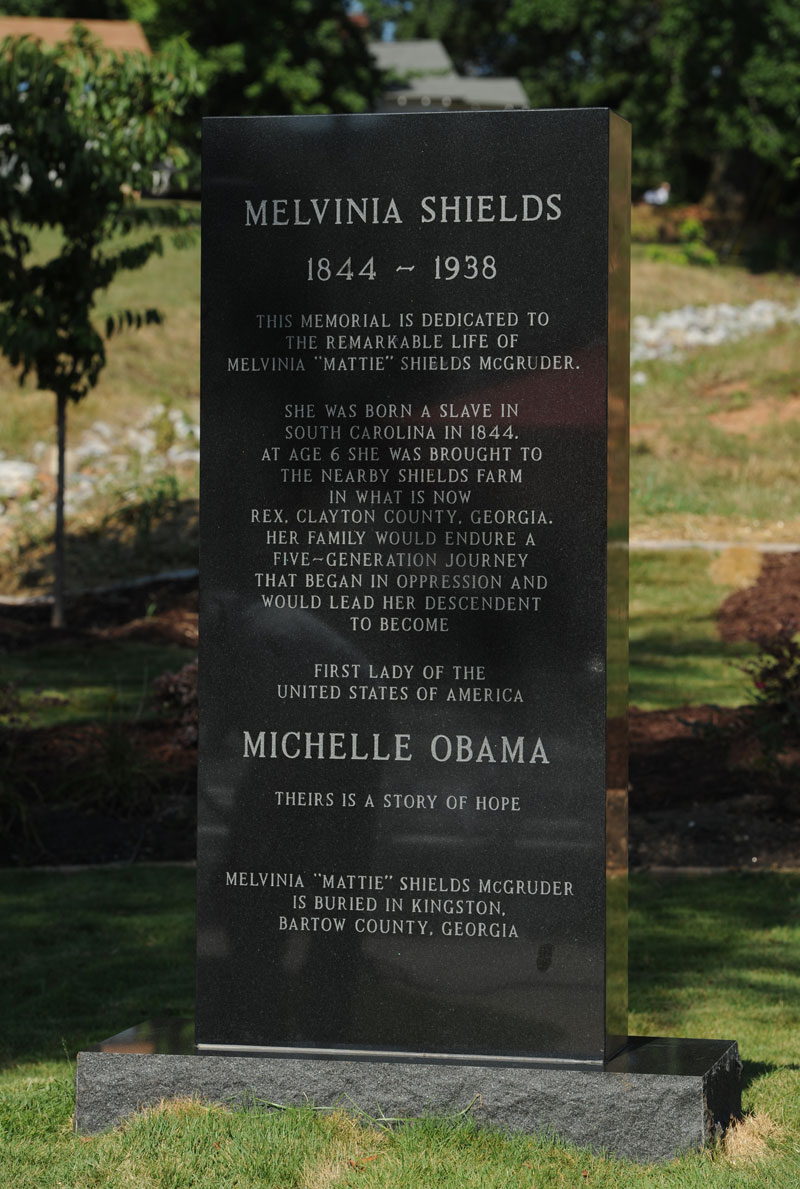 Photograph by Ginny/Find A Grave

A powerful memorial in Clayton County, Georgia’s picturesque village of Rex was unveiled in 2015 in honour of Melvinia Shields (1844-1938). According to Find A Grave:

Interest began in the fall of 2009 when an article was published in the New York Times revealing genealogical research that linked a young slave girl, Melvinia, as the great-great-great grandmother of Michelle Obama, with the small farm on the outskirts of a village that would later be known as Rex, Georgia.

The discovery was first uncovered by Megan Smolenyak and The New York Times. The poignant and painful story is a reminder of just how complex and interconnected America’s history is, as well as a powerful symbol for black advancement in five generations. If you have time and want to learn more, be sure to read the New York Times piece: In First Lady’s Roots, a Complex Path From Slavery