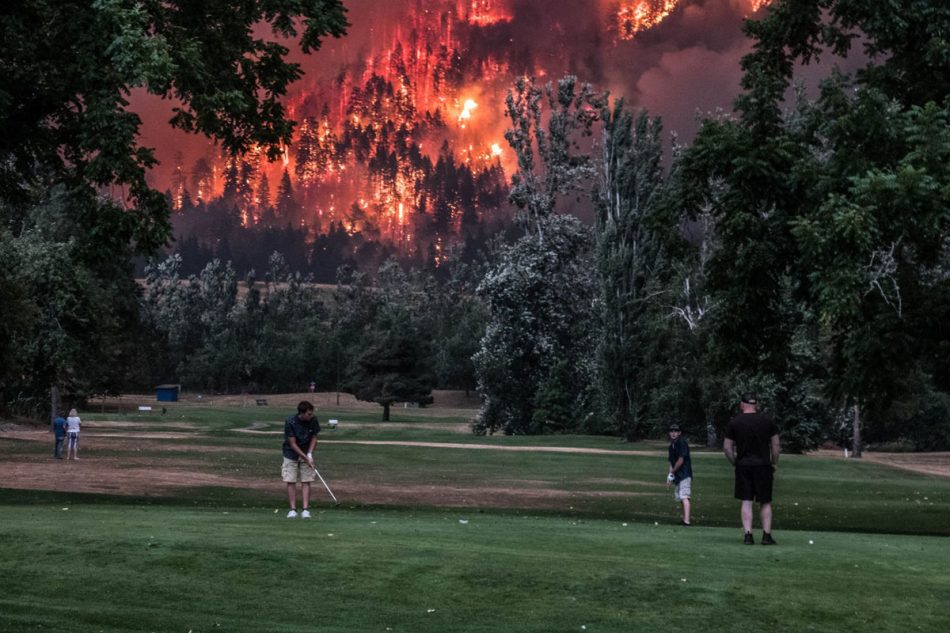 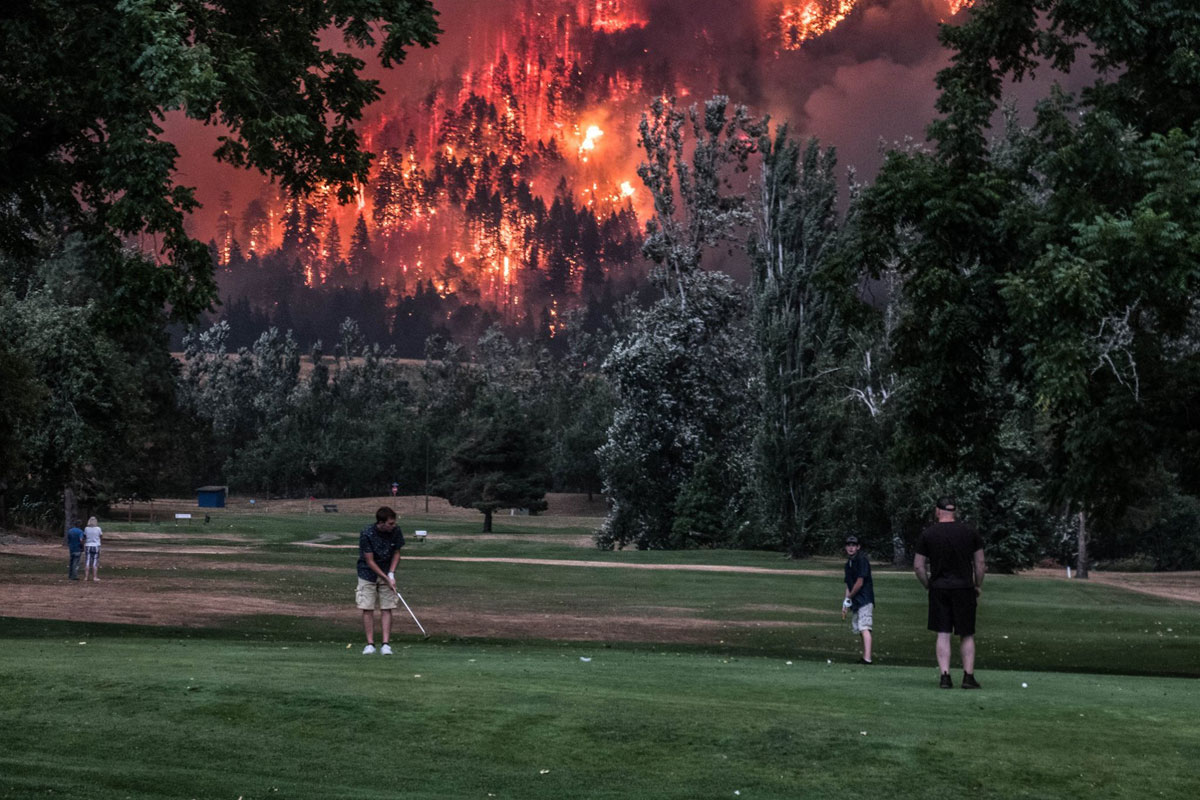 A photo of people golfing at the Beacon Rock Golf Course in North Bonneville, Washington while wildfires rage across the Columbia River in Oregon has gone viral. According to The Oregonian, amateur photographer Kristi McCluer of Vancouver, Washington snapped the viral image and originally shared it on Facebook and it quickly spread shortly thereafter, appearing on reddit and in a now viral tweet by David Simon.

The Eagle Creek Fire continues to rage and now covers almost 35,600 acres and is 11% contained. A 15-year-old Vancouver boy is suspected of starting the blaze by playing with fireworks along the Eagle Creek Trail in the Columbia River Gorge. [source]