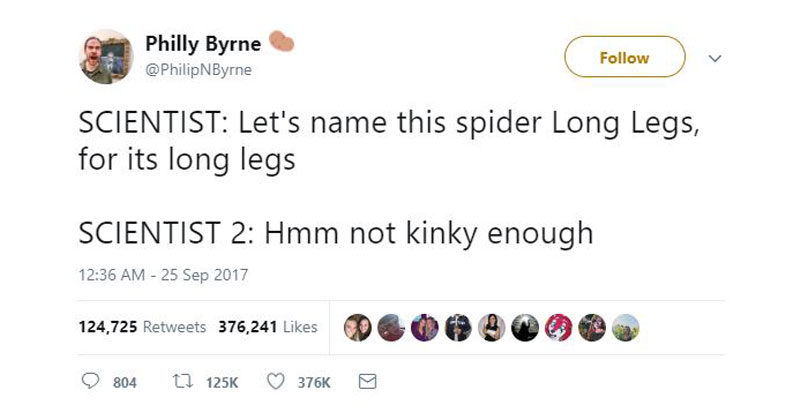 – Friday!
– How’s your first day of work going?
– How to defeat a Dad joke
– When someone tells me to smile
– Why women live longer than men
– I’m with him
– Lifehack
– Do you remember the first time your mind was blown?
– Ever seen the inside of a stress ball?
– The world’s richest dab
– Phil Mickelson just took this epic selfie
– Rough week? Here’s a cat’s paws from below
– Science can be sexy
– My go to ‘icebreaker’
– He was asking for it
– Only the best for mom | Meanwhile in math class
– Act as if your life depended on it
– Thanks tips
– This sums up cat relations
– Until next week

Had to add the music to this one #TwerkForScience pic.twitter.com/bW2AavIYAr