Cow Shoes Used by Moonshiners During Prohibition to Disguise Their Footprints 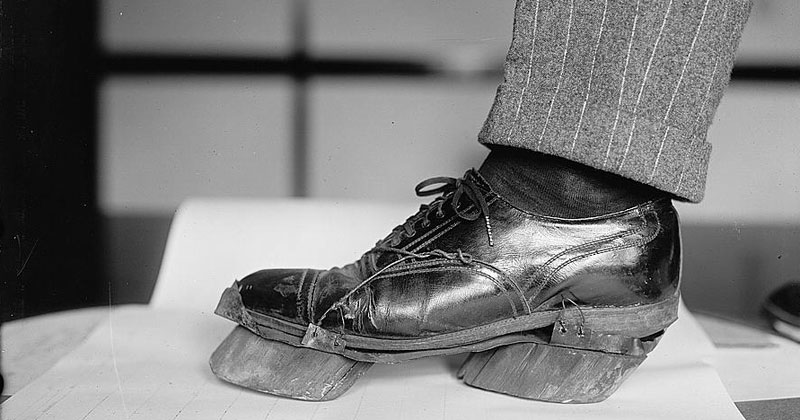 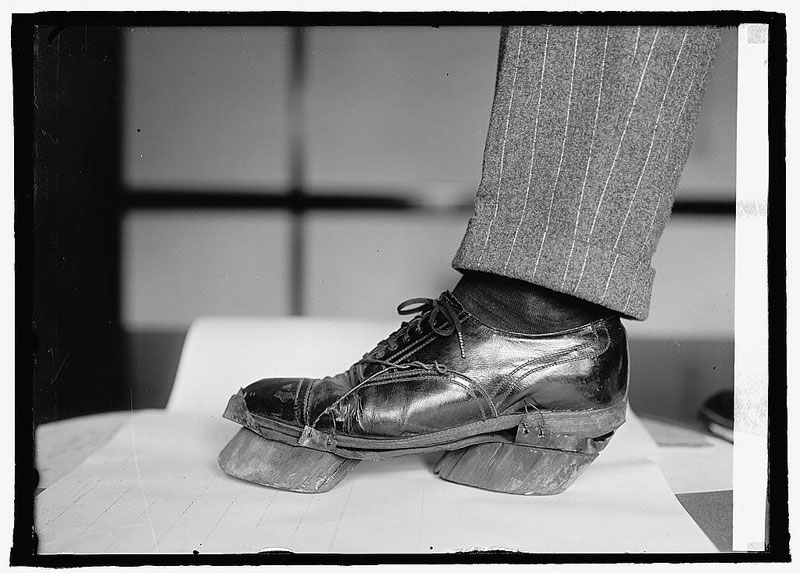 Photograph via Library of Congress

In this old law enforcement photo from 1924, we see a police officer trying on a ‘cow shoe’ used by moonshiners to disguise their footprints. In the United States alcohol was banned from 1920-1933 in an era known as Prohibition.

Moonshine (a type of strong, homemade whiskey) was often made by bootleggers in the middle of a forest or meadow. So the moonshiners would wear cow shoes like these to avoid drawing the attention of any law enforcement looking for human activity in the woods.