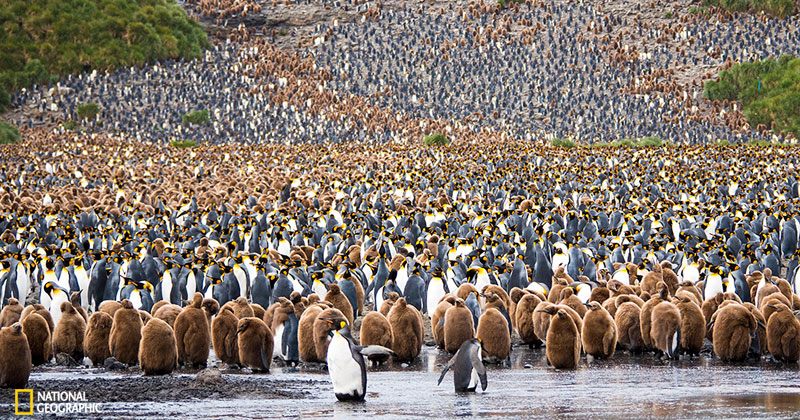 The annual National Geographic Photo Contest is well under way. Every year photographers from around the globe share photographs that transport us to another place, connect with us emotionally, or stir us to action.

Official categories are People, Places, and Nature. The contest began on September 1, 2015 and is accepting entries until November 16, 2015 at 12:00 pm EST. Entry fee is $15 per submission and prizes include:

Click here to submit your own photo to the 2015 National Geographic Traveler Photo Contest.

1. Here, humans are the minority…

This was shot in South Georgia in december ’14. It was probably the most intense moment of my whole trip to antarctica – it’s just overwhelming standing in there between hundreds of thousands of penguins – it’s not a bad “minority feeling”, but more of a peaceful reassurance that – at least in some places – our planet is still as beautiful as it was before mankind started having a go at it. THANK YOU to all those countries and individuals involved in keeping places like these intact!

I’ve got several lightning shots at horseshoe bend while I traveled this canyon last time but this is the most I like. The reason why I like is because the lightning has a solid line and I can actually see the lightning is hitting the hill and it also reflected in the water. It’s just amazing and beautiful. In addition, I can see the actual movement of the storm in the picture that makes this scene alive.

A climber rappels into a crevasse while exploring the Hayden Glacier on Middle Sister in the Oregon Cascades. Entering these deep dark spaces makes a person consider the immense size, age, and power of these living rivers of ice. The Hayden glacier was far more broken up than normal for this time of year and crevasses like this one were abundant. Taken on a Canon 7d with a Tokina 11-16mm f2.8 lens. June, 2015. Location: Sisters, Oregon, United States

I took this picture at Hitachi Seaside Park in Ibaraki Prefecture, Japan last year. The flowers are baby blue eyes and the whole number of them in the park are 4.5 millions. The best season is usually from the end of April to the first week of May. I am going to the blue universe again this year to photograph. It’ll be worth just visiting the world. Camera shutter or your eye’s shutter. You would be happy in this world. Location: Mawatari, Ibaraki, Japan 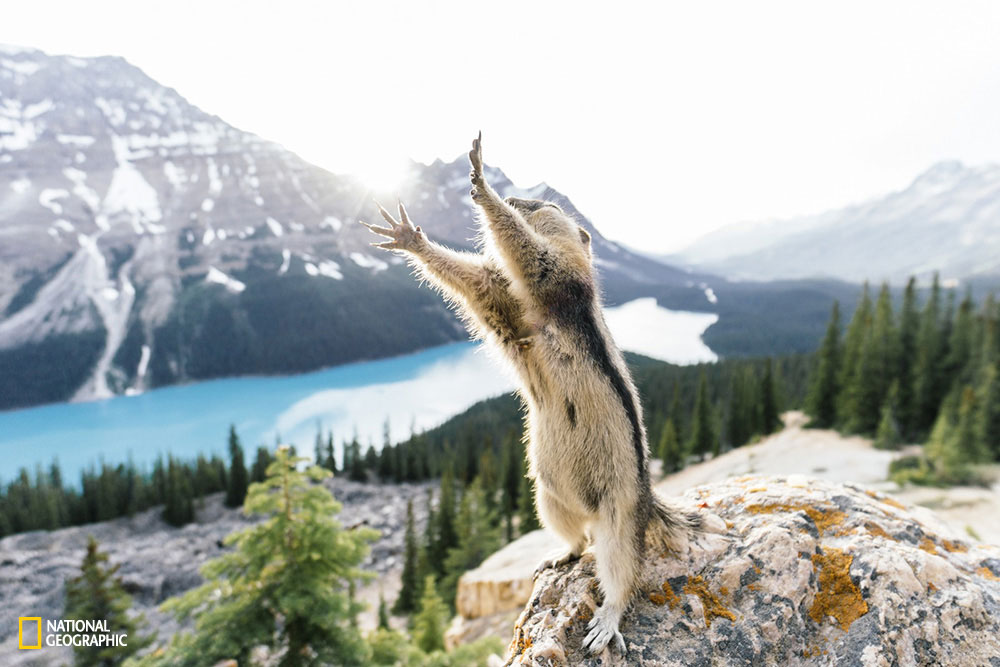 This was one of the most curious interactive squirrels I have ever come across. We sat down to enjoy the view and have a snooze and we were interrupted by this little guy scurrying over our camera bags. He was trying to reach for a friends camera that was also taking pictures just out of my frame.

6. Kids playing on the minaret 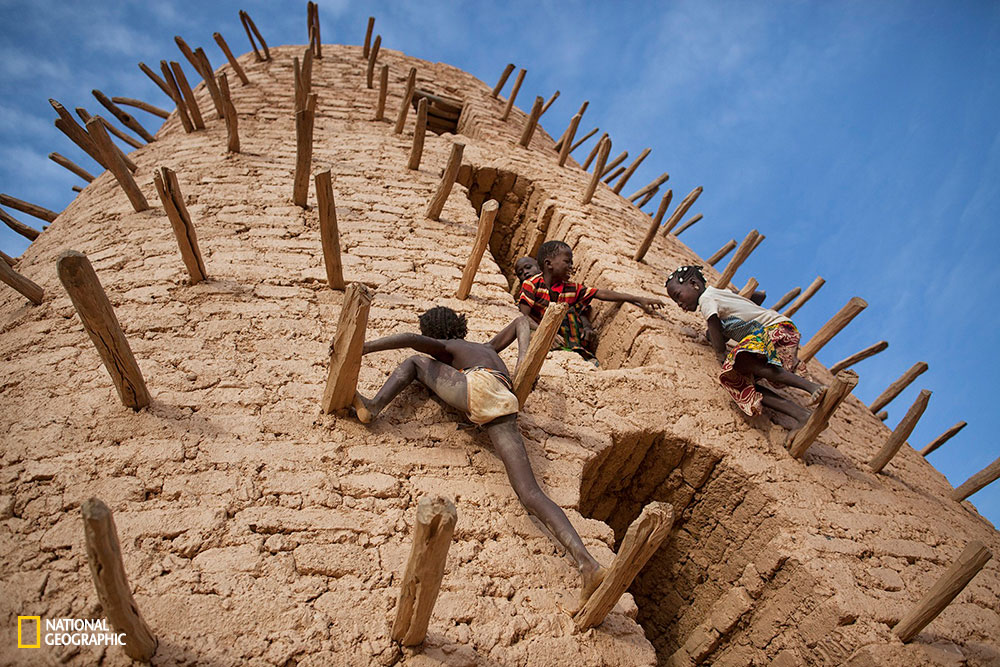 Reina and her friends are playing on the main minaret of the Grand Mosque in Bani during Eid al-Fitr. Location: Bani, Nord, Burkina Faso

Andrew climbs to dizzying heights inside the new bin that they hope will soon be full of grain, if only the rain will stop falling and the combines could whirl, cut and spit. Location: New Raymer, Colorado, United States

The big waterfall in Iceland this is Godafoss. “You should have been there”

After a hard and demanding 5 day trek to this wonder, we rested our weary legs while patiently waiting for the clouds to part and the sun’s rays to hit the sweet spot in the centre of the ceremonial palace in the complex and we were not disappointed, we were greeted with some magical light. Just Divine. Location: Machu Picchu, Cusco, Peru

10. The Secrets of Cady Creek

A year ago I discovered a place that glows with hundreds of fire flies on warm summer evenings. With the perfect weather I set out to capture what I had envisioned a year earlier. Waiting for darkness to consume the valley I watched as the fire flies began to come to life. Glowing here and there like the stars burning in the sky. With a group of hundreds of fire flies glowing in front of me I waited for our Milky Way galaxy to get in the right position. Arching just above the bluffs. Location: Elmwood, Wisconsin, United States