In an ongoing series of 3D portraits, artist Chris Dorosz suspends acrylic brush strokes on monofilament hanging between metal rods that jut out from a wooden board. Dorosz adds:

Out of material discovery I began to regard the primacy of the paint drop, a form that takes shape not from a brush or any human-made implement or gesture, but purely from its own viscosity and the air it falls through, as analogous to the building blocks that make up the human body (DNA) or even its mimetic representation (the pixel). With this in mind I’ve been working towards creating a narrative of materials as the groundwork to explore changing ideas of human physicality.

Born in Canada, where he earned his master’s degree at the Nova Scotia College of Art and Design, Chris Dorosz now makes his home in San Francisco, California.

The artist’s work is currently on exhibit at the Muriel Guépin Gallery in New York City until November 18th, 2017. Dorosz is also represented by Scott Richards Contemporary Art in San Francisco. 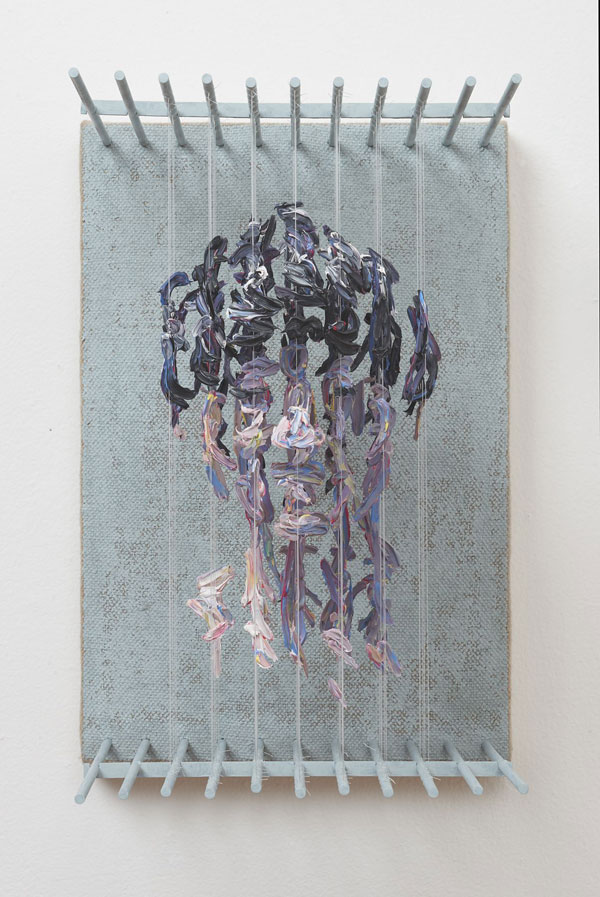 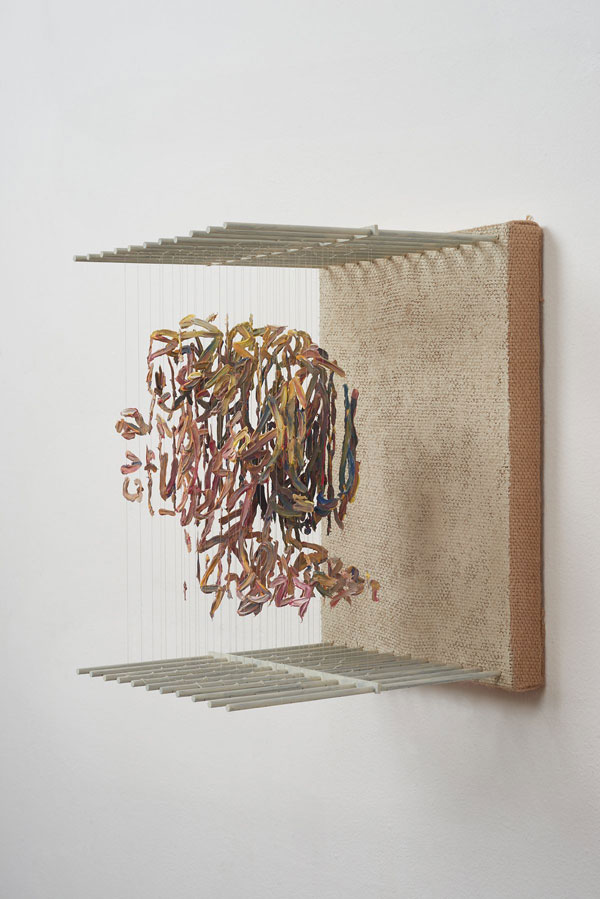 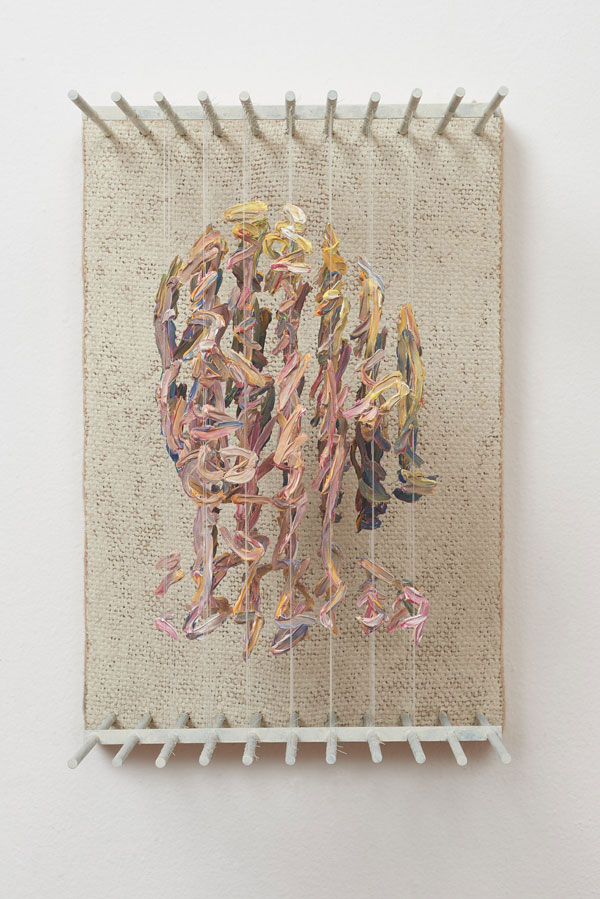