Artist Aki Inomata CT scanned a seashell that had been recently abandoned by a hermit crab to create a detailed, three-dimensional rendering of the interior of the shell. Armed with this prototype, Inomata created a series of 3D printed hermit shell crabs influenced by cities around the world including New York City and Santorini.

My idea for this piece first came about when I participated in the “No Man’s land” exhibition that was held in the French Embassy in Japan in 2009. This work is inspired by the fact that the land of the former French Embassy in Japan had been French until October 2009, and became Japanese for the following fifty years, before being returned to France. The same piece of land is peacefully transferred from one country to the other. These kinds of things take place without our being aware of it. On the other hand, similar events are not unrelated to us as individuals. For example, acquiring nationality, moving, and migration.

The hermit crabs wearing the shelters I built for them, which imitate the architecture of various countries, appeared to be crossing various national borders. Though the body of the hermit crab is the same, according to the shell it is wearing, its appearance changes completely. It’s as if they were asking, “Who are you?” [source] 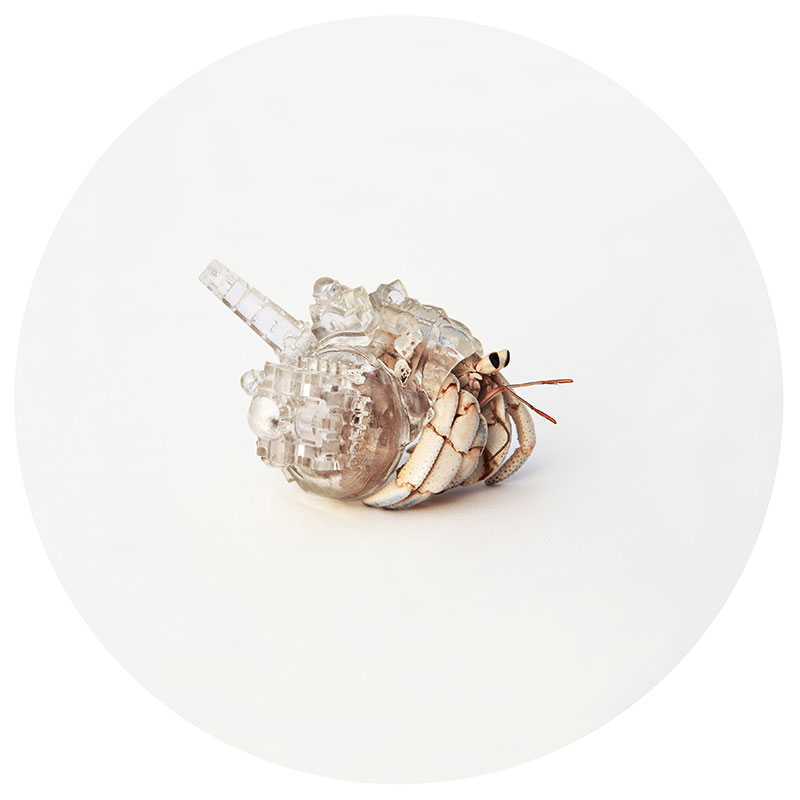 The Most Amazing Driftwood Sculptures You Will See Today