Eran Amir came up with a fun and memorable game while travelling. The challenge? Make a complete playing card deck from randomly found cards on streets around the world.

Adding to the difficulty was his rule that if he came across a bunch of cards from the same deck (facing down), he was only allowed to pick ONE of the cards and wasn’t allowed to flip it over or touch it before picking it up. This led to many repeat cards being found along with some elusive ones that made completing the deck agonizing (e.g., the 2 of spades and 9 of clubs).

Check out close-ups of the found cards below! 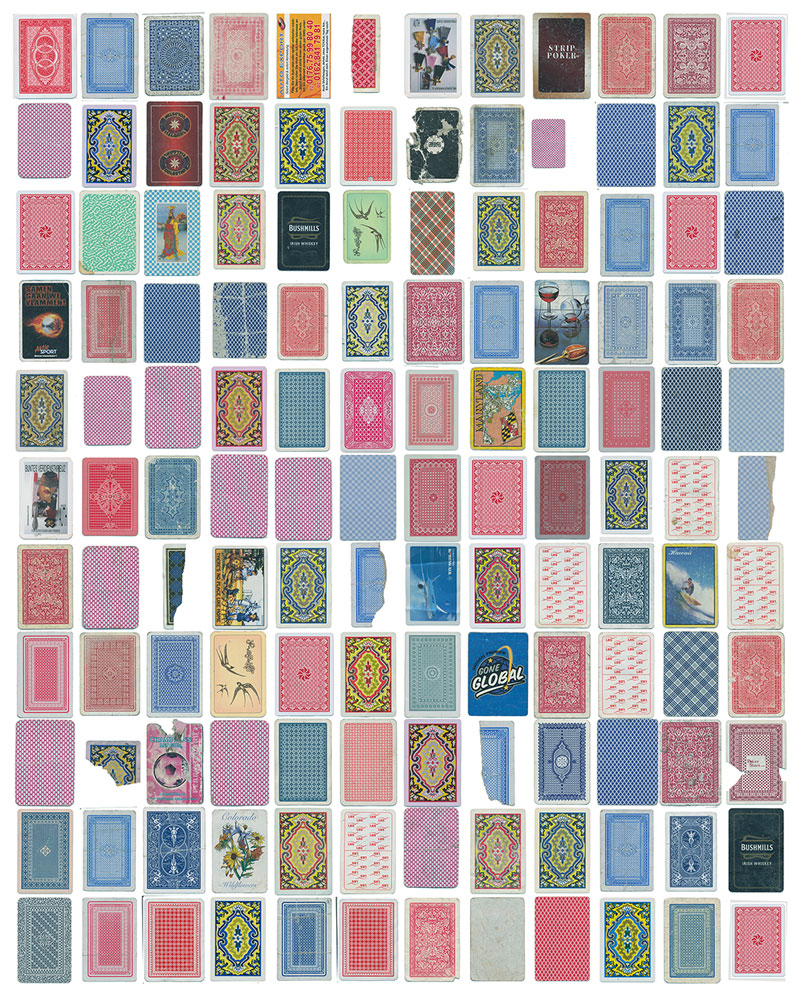 Why Do Some Cards Appear to Be Flipped the Wrong Way?

“The image was made by scanning all the cards individually and compositing them into one massive Photoshop file. The master file resolution is more than 15K pixels wide. Naturally I can’t take a photo of both sides of each card at the same time, so it had to be done this way. Also, this way I can maximize every last detail of each card.

The reason some cards were oriented or flipped the wrong way: Before making the poster I sent the cards to be re-printed as a brand new deck at a playing card company, and they have very complicated (and very confusing) specs on how to orientate the image files in order to fit the way they print them. I used some of those files to make the poster, hence the confusion.” [source]

A collection of some of the more interesting Jokers found (the most common) along with the number of each particular card found. 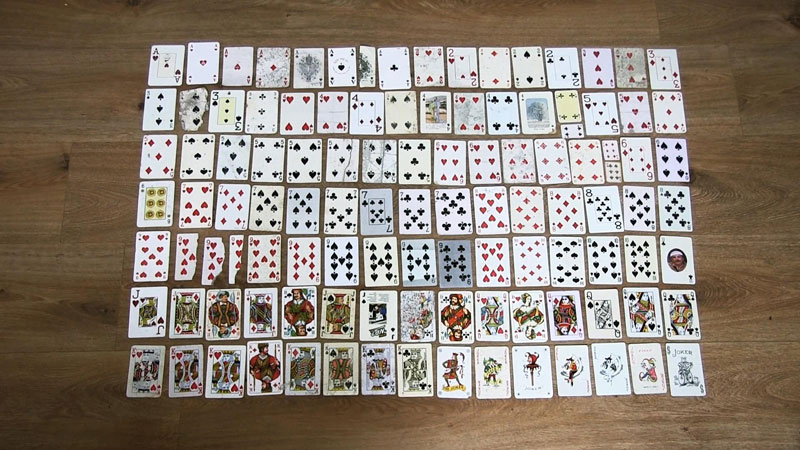 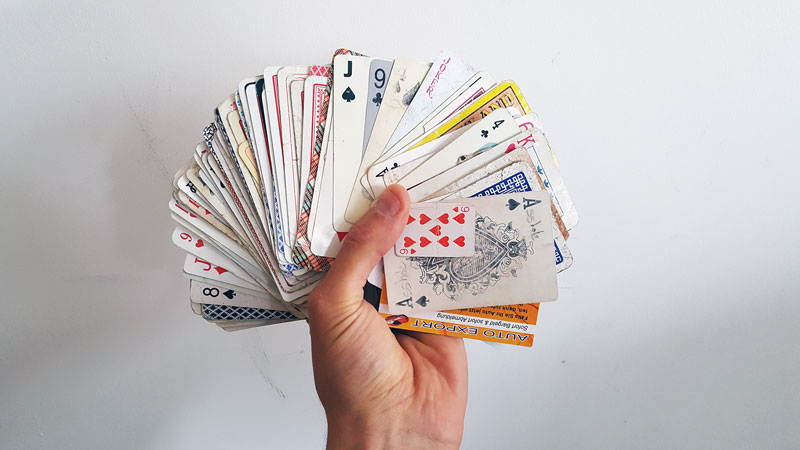