Strandbeests: The Kinetic Beach Walkers Powered by the Wind

Made from thin PVC tubing, sails, and an untold number of zip ties; Theo Jansen’s STRANDBEESTS (Dutch for ‘beach animals’) have been conjuring awe and wonder for the last few decades.

Jansen’s incredible creatures have travelled to beaches around the world and their complex and mesmerizing movements are based on an algorithm he designed. According to The New York Times:

Adept at both drawing and math, Jansen put in seven years at Delft University of Technology on the physics track. But then he realized that he was never going to be happy ‘’working as a robot for Philips electronics,’’ and thereafter he gave himself over completely to the more ‘’hippieish’’ pursuits of music-making and painting that had been calling out to him all the while.

Jansen’s beach animals will appear next in Okinawa, Japan from October 3 – November 11, 2017. If you would like to learn more about how the creatures work be sure to check out STRANDBEEST.COM. Below you will find photos and videos of Jansen’s amazing creations. 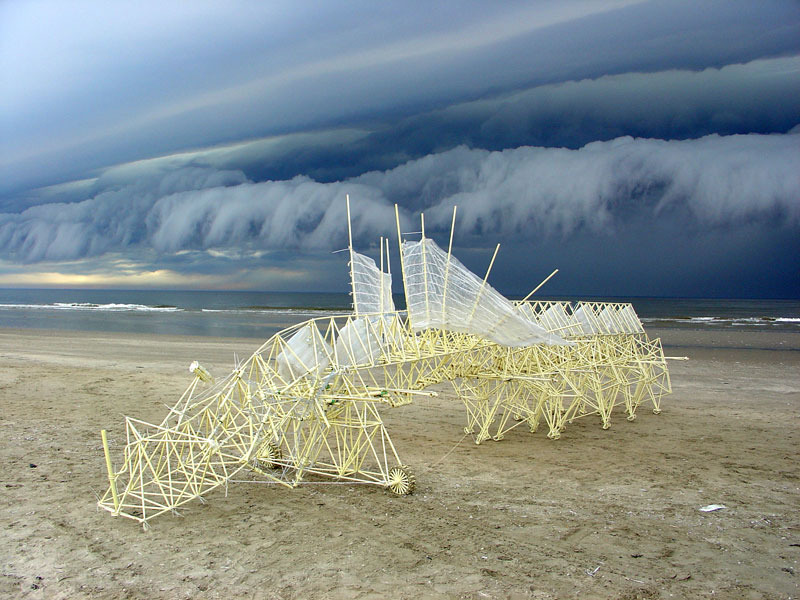 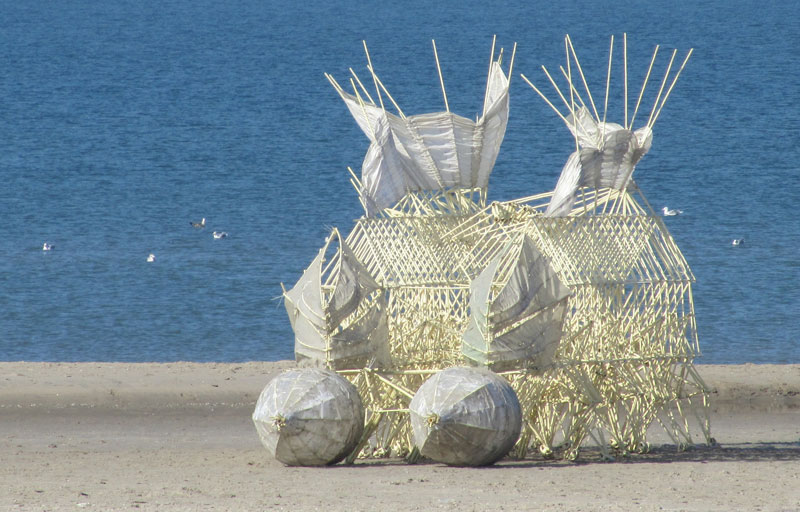 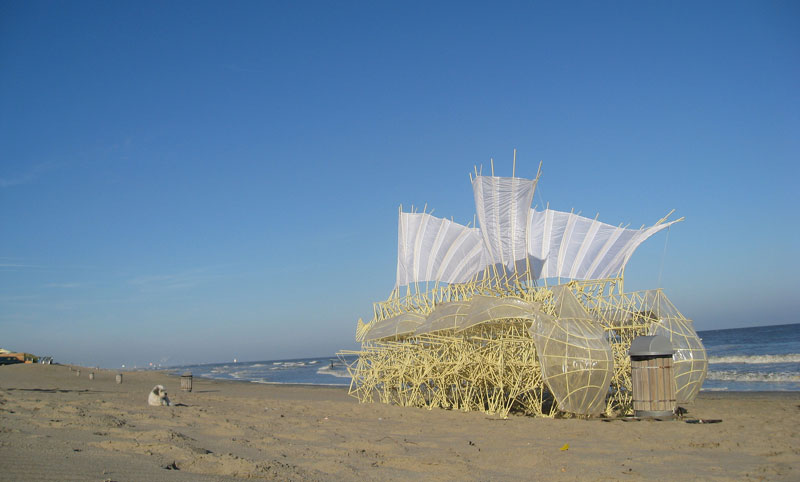