The Amazing Winners of the 2017 Sony World Photography Awards

The 2017 Awards received over 227,000 entries from 183 countries and is the world’s largest photography competition. An exhibition of all the winning and shortlisted work, along with rare images by British photographer Martin Parr, recipient of the Outstanding Contribution to Photography prize, will run at Somerset House, London from 21 April – 7 May.

Chosen from the winners of the Awards’ ten Professional categories, Chair of Judges Zelda Cheatle says of Frederik Buyckx’s photographs:

“I have chosen a series of landscapes so that we may return to the essence of looking at photography. Landscape is often overlooked but it is central to our existence. These are beautiful pictures made by a serious photographer, and they are to be enjoyed. I hope this award will inspire many more photographers to take pictures that do not simply encompass the terrible aspects of life in these troubled times but also capture some of the joys and loveliness in each and every environment.”

Buyckx was revealed as the Photographer of the Year and presented the $25,000 (USD) prize at an awards ceremony in London. Below you will find a gallery of the amazing winners from the prestigious contest. 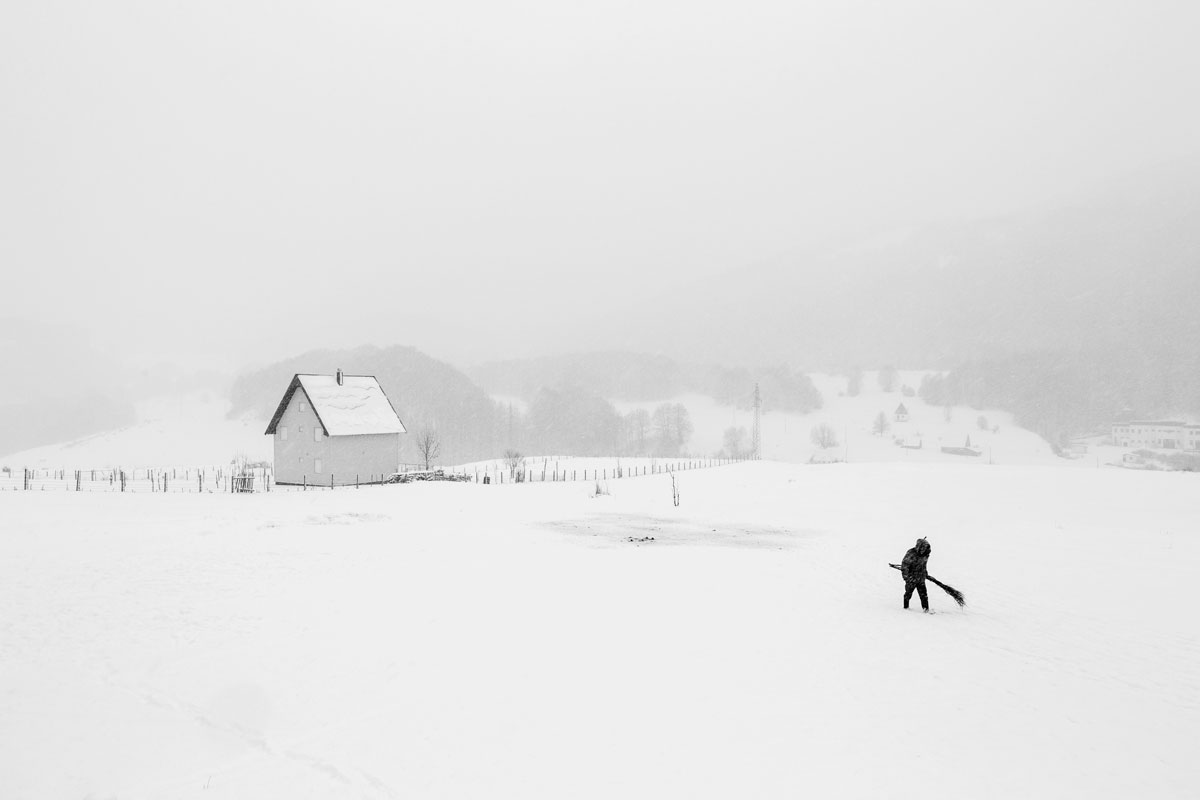 Born in Antwerp in 1984, Frederik Buyckx is a freelance photographer for the Belgian newspaper De Standaard. Buyckx’s images have been published and exhibited internationally and most recently he was shortlisted for the ZEISS Photography Award. The winning series “Whiteout” was taken in the Balkans, Scandinavia and Central Asia, remote areas where people often live in isolation and in close contact with nature. Buyckx explains:

“There is a peculiar transformation of nature when winter comes, when snow and ice start to dominate the landscape and when humans and animals have to deal with the extreme weather. The series investigates this struggle against disappearance.”

Like in works of Modernism the shadow in the exhibited portraits is symbolic itself. Occupying nearly the whole picture it holds some mystery, and occasional points of light give us a chance to guess it. It may be said that along with the woman’s body there is another inanimate character in the photograph. It is the shadow. The human figure is likened to the light fighting with the dark. In this struggle harmony is born.

This series was taken in a sports school in Jining, in Shandong province, China. Liu Bingqing and Liu Yujie are twin sisters, who have liked gymnastics since their childhood. They have studied, trained and grown up here.

Kajol with her 6-month-old baby Mehedi and a customer on her bed. Two weeks after birth of Mehedi she was forced to have sex again with customers. Because of the baby her business is not good.

I was in Liuwa Plain at the end of the dry season. When the rains finally arrived thousands of Wildebeest migrated to the area. I positioned a remote flash in front of the herd and drove round so that I could use the flash to back-light the rain. It was a challenging shot as I had to predict the movement of the animals and hope they passed between me and the flash. I had to compose and manually focus in complete darkness, all while attempting to keep my equipment dry in the driving rain!

Hundreds of missing people are waiting to be recognized by the different departments of the state for this reason that is preserved at least some part of their body, whether a tattoo, a mark on one of their bones, a prosthesis. In Colombia there are more than 130,000 disappeared because of the war and violence in this country is lived, many bodies that are not identified pass to medical universities to be studied and waiting for a relative to come and recognize him

Sirte, Libya, November 26, 2016: A fighter of the Libyan forces affiliated with the Tripoli government gets some rest whilst outside, clashes with ISIS continue in the Al Jiza neighbourhood.

In Switzerland, three out of four people would rather die at home.

“Society constrains the divorcee. What you can or can’t do, remains under the control of others. As an independent single mother, I’ve made peace with the sacrifices I’ve had to make, but also managed to find happiness on my own”. Nassiba, fashion designer. Jeddah. 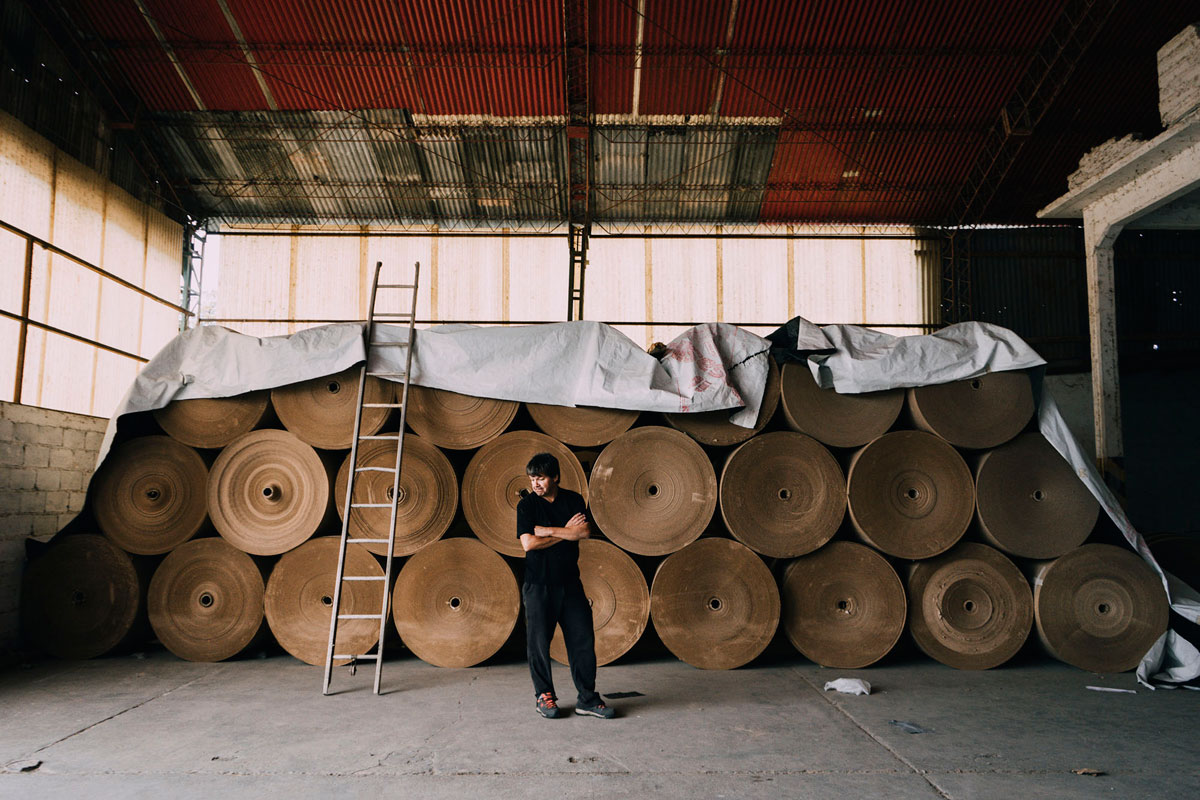 Michelle Daiana Gentile, aged 21, of Escuela de Fotografía Motivarte, won the Student Photographer of the Year title with a stunning series called “Only Hope”. Responding to the brief of “Emotions”, Gentile delivered a powerful series shot across ten days spent with workers of an old paper factory in Argentina. Gentile received €30,000 worth of Sony photography equipment for her university at the awards ceremony.

YOUTH PHOTOGRAPHER OF THE YEAR – KATELYN WANG, US

Sixteen-year-old student Katelyn Wang from Los Angeles, California received the Youth Photographer of the Year title. Open to those aged 12-19, the Youth competition asked photographers worldwide to respond to the brief of ‘Beauty’ with a single image. Wang’s winning photograph “On Top of the World” was taken while standing above Lake Pehoé in Chile’s Torres del Paine National Park, and beautifully captures the landscape beneath her.

“Mathilda” by Russian photographer Alexander Vinogradov was selected as the best single photograph in the world and awarded the photographer $5,000 (USD) along with the Open Photographer of the Year title. Vinogradov is an amateur photographer based in Moscow and his winning image is a portrait of a young girl, inspired by the French movie ‘Léon’. The photograph was selected from ten Open category winners announced on 28 March by a panel of judges led by British journalist and photographer Damien Demolder.