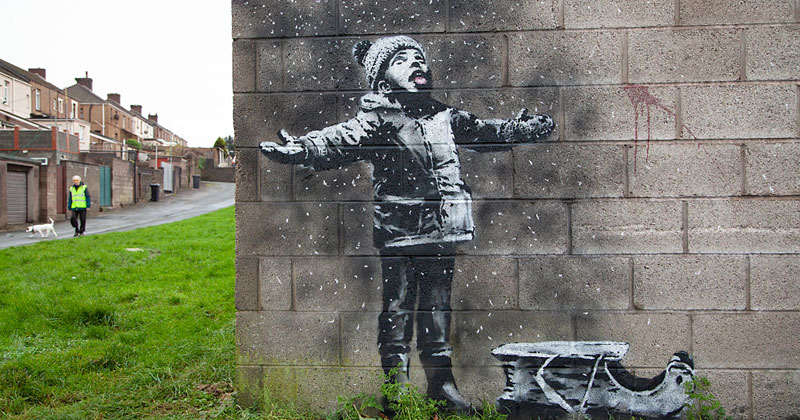 Banksy’s final work of 2018 is a stencil in South Wales’ Port Talbot. The image appears on two sides of a garage depicting a child enjoying what appears to be snow falling, while the other side reveals it is a dumpster fire emitting ash.

The artwork is reportedly in response a direct message the artist received on Instagram from Gary Owen, 55, who said he messaged the artist in August asking him to highlight Port Talbot’s dust problem from the nearby steel factories. [source] 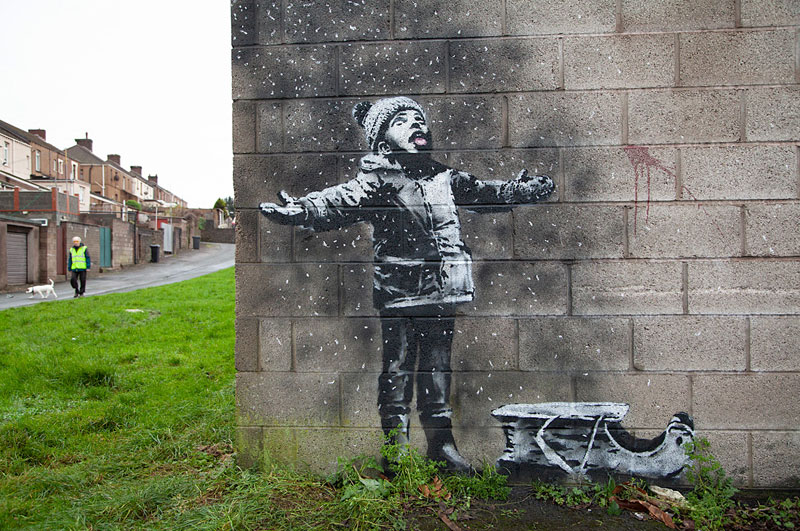 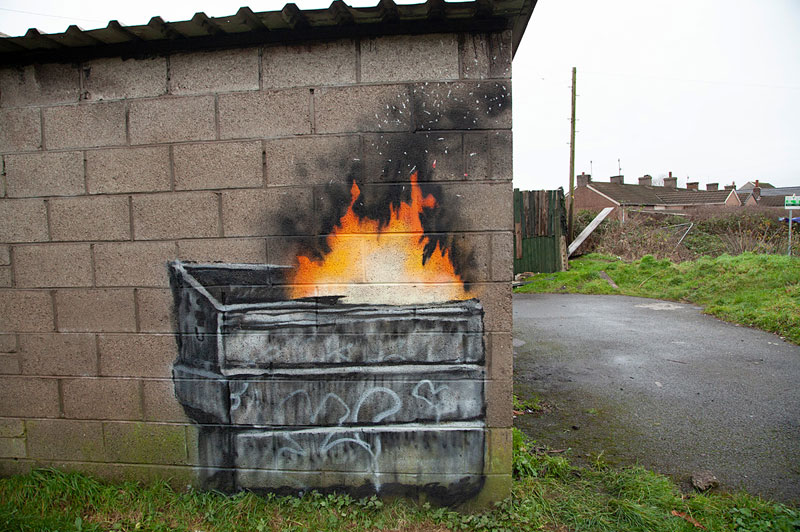 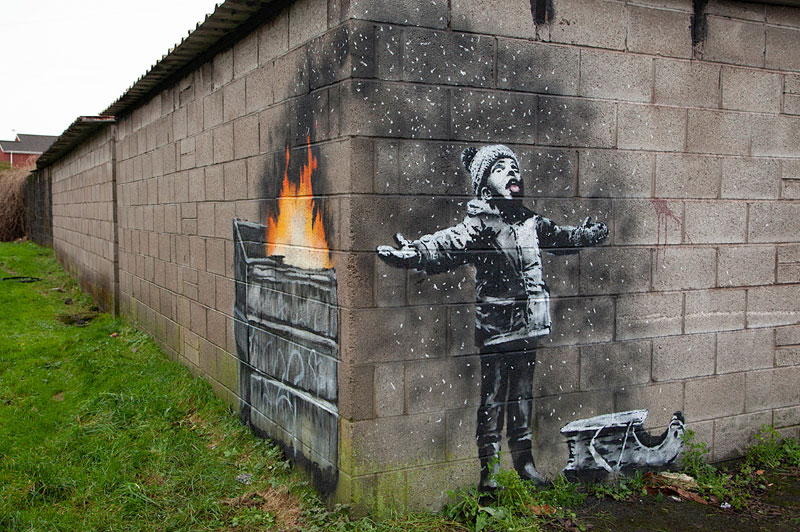