On July 5th, 2017, one thousand clay figures descended upon the G20 Summit in Hamburg, Germany in a powerful protest performance entitled 1000 GESTALTEN. After 90 minutes of walking at a snail’s pace, a lone figure from the collective emerges and ‘awakens’. The performance was broadcast live on Facebook and captured in the video embedded below along with photos of the intriguing event.

At first it’s not quite clear what’s about to happen shortly. Over an agonizing long period of time Burchardplatz got crowded. The grey clay figures crept in from all sides. Silent and in slow motion, complemented by the metallic clatter coming from the invisible boxes in their hands. At this point the performance took up one and a half hours already. A procession of people that moved through the streets remotely – an empty gaze and dragging feet. The 1000 GESTALTEN shall represent a society that has lost their feeling for the fact that a different way of life is possible. It’s not the financial news that determine our happiness but healthy relationships. Happiness is not defined over what we have, but who we are. 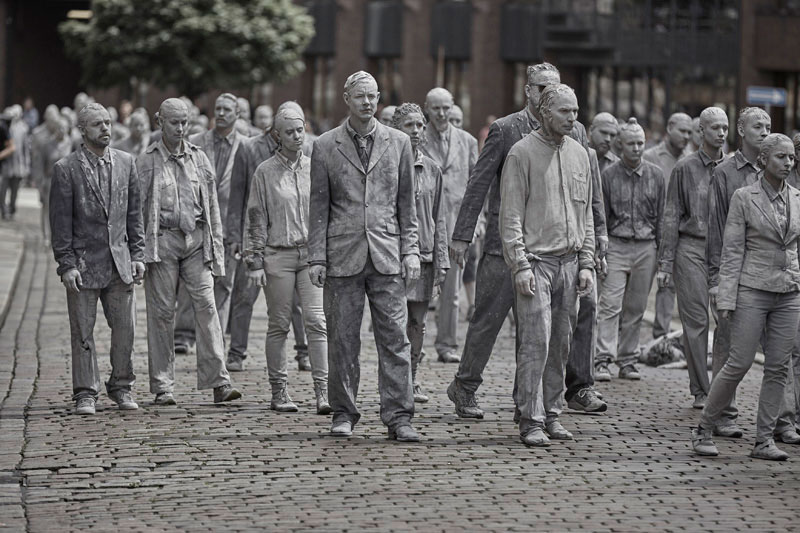 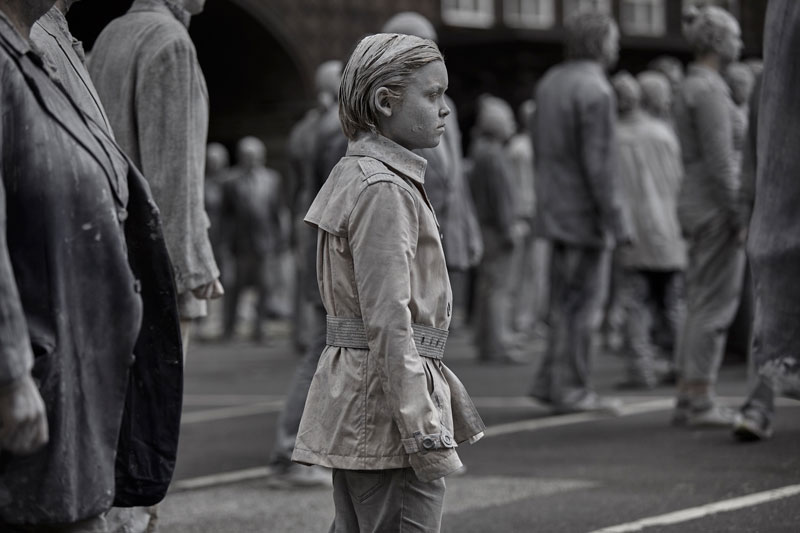 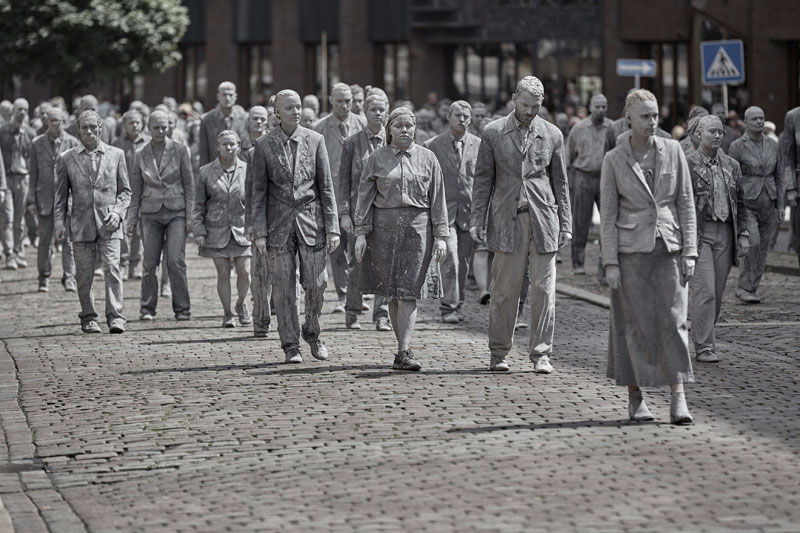 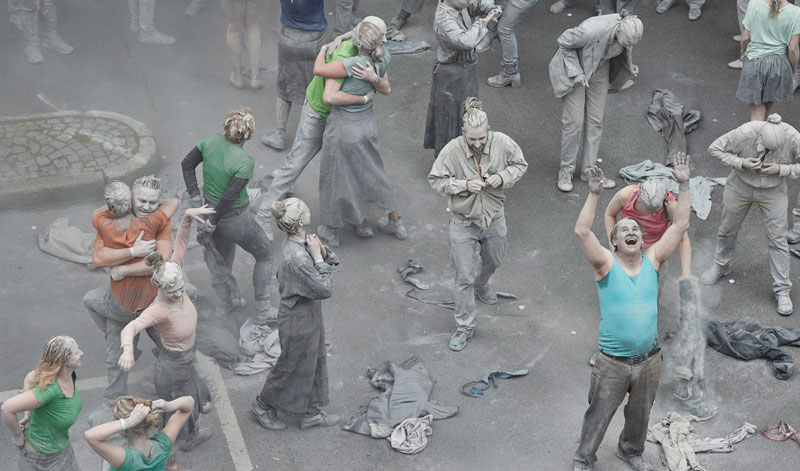