Melting POP is the latest animation film from the wonderfully, wild mind of Alexandre Dubosc. In ‘Melting POP’ Dubosc bakes a chocolate cake zoetrope, a ‘pre-film animation devices that produce the illusion of motion by displaying a sequence of drawings or photographs showing progressive phases of that motion’. [source]

More specifically, Dubosc ‘bakes’ a 3D zoetrope—mounted on a spinning base—and illuminated by a strobe light, to create the illusion of motion. You can read more about how zoetropes work here. 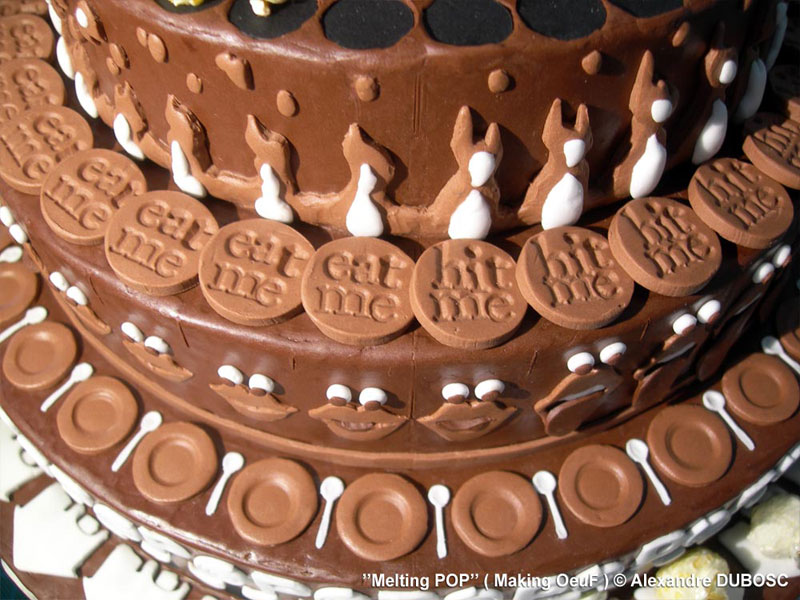 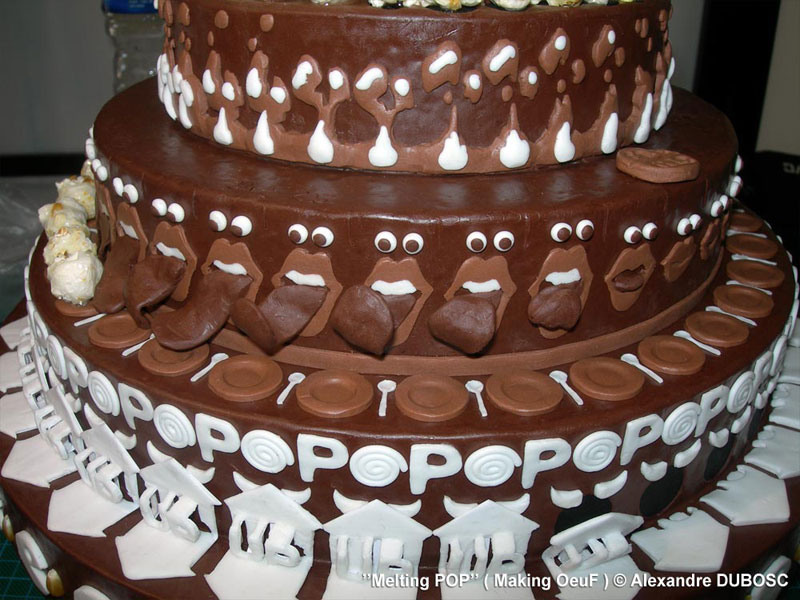