Helicopter Captures Terrifying Fissure Eruptions in Hawaii from Above 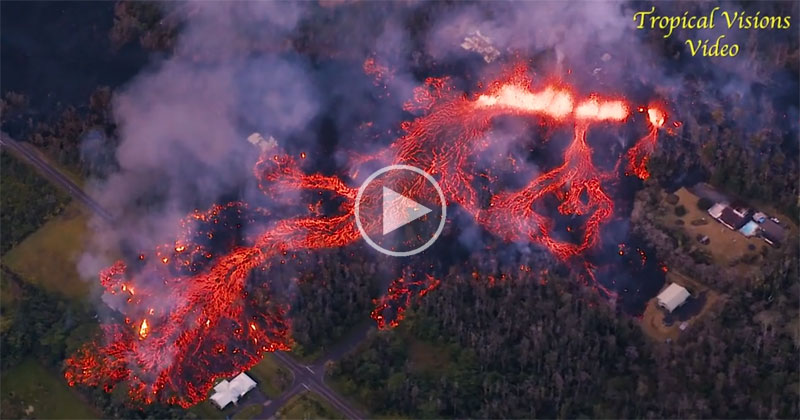 Last Thursday on Hawaii’s Big Island, Kilauea, the island’s most active volcano erupted; spewing lava hundreds of feet into the air, causing earthquakes and forming over 10 volcanic fissure eruptions where lava literally spews out of ground that has been ripped apart.

The fissures are forming along a northeast-southwest line in the rift zone, and not all of the older fissures are actively spewing lava, said Wendy Stovall, a volcanologist with the USGS.

The video was captured by Mick Kalber on a flight with Paradise Helicopters, which was skilfully piloted by Sean Regehr. It shows the Leilani Estates Subdivision on the East side of the Big Island (Puna) being devastated by giant fissure eruptions.