In 1977 Jimmy Carter Put This Note on the Voyager Spacecraft

In the event the probe is ever found by intelligent life forms from other planetary systems, a Golden Record containing sounds and images (selected to portray the diversity of life and culture on Earth) can be found on board. You can learn all about the Golden Record here.

In addition, then US President Jimmy Carter penned the following note and placed it in the Voyager 1 space probe to accompany the Golden Record. It remains the only letter in history to reach extrasolar space.

This Voyager spacecraft was constructed by the United States of America. We are a community of 240 million human beings among the more than 4 billion who inhabit the planet Earth. We human beings are still divided into nation states, but these states are rapidly becoming a single global civilization.

We cast this message into the cosmos. It is likely to survive a billion years into our future, when our civilization is profoundly altered and the surface of the Earth may be vastly changed. Of the 200 billion stars in the Milky Way galaxy, some–perhaps many–may have inhabited planets and spacefaring civilizations. If one such civilization intercepts Voyager and can understand these recorded contents, here is our message:

This is a present from a small distant world, a token of our sounds, our science, our images, our music, our thoughts, and our feelings. We are attempting to survive our time so we may live into yours. We hope someday, having solved the problems we face, to join a community of galactic civilizations. This record represents our hope and our determination, and our good will in a vast and awesome universe. 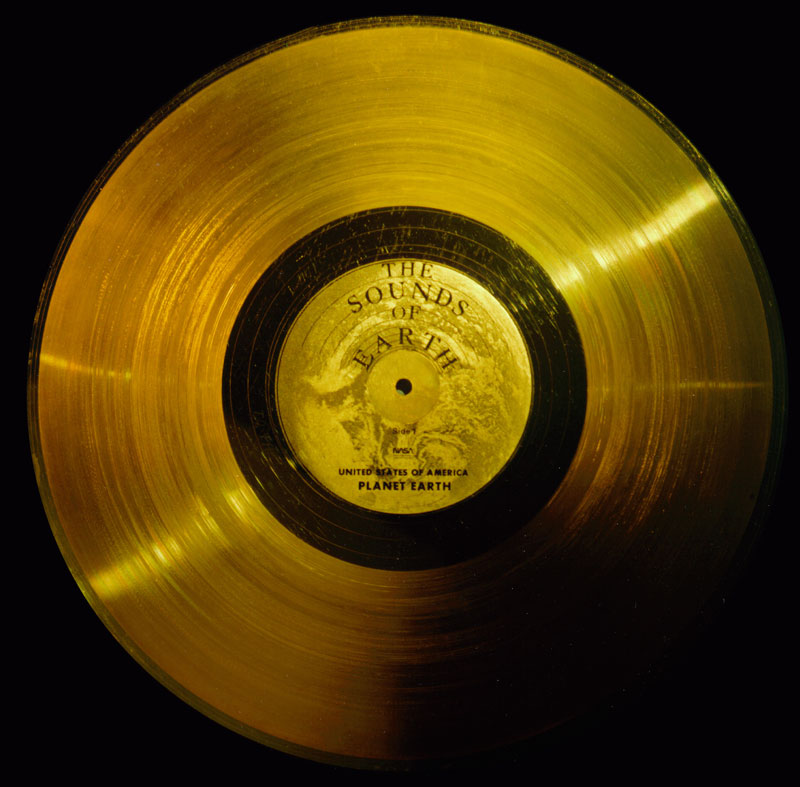