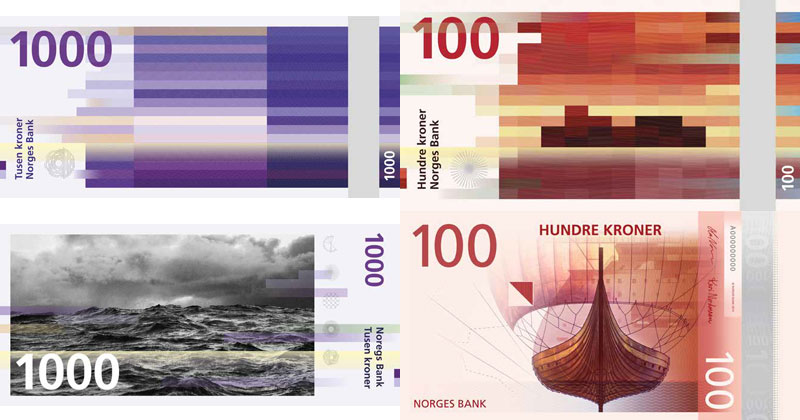 Last year the Central Bank of Norway asked eight design studios to submit proposals for redesigned banknotes that would enter circulation in 2017. After deliberation the Central Bank selected winning designs from Norwegian architecture firm Snøhetta for the backside, and graphic design firm The Metric System for the front.

According to The Atlantic, Snøhetta’s designs for the 50-, 100-, 200-, 500-, and 1000-kroner notes feature pixellated images of the Norwegian coastline distorted in accordance with the Beaufort wind scale.

Snøhetta’s proposal for the front of the banknotes featured black and white photos of the Norwegian coast, but they were not selected. Instead, the Central Bank went with The Metric System’s designs which you can also find below. 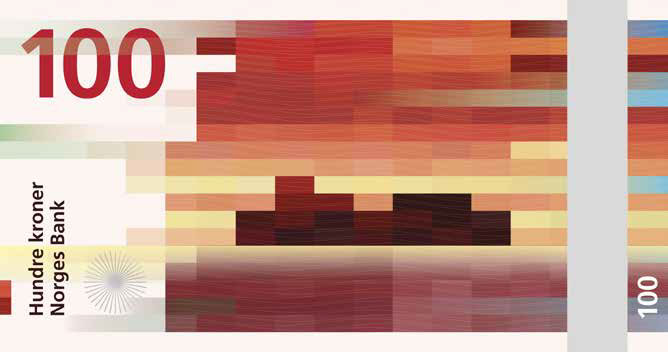