Picture of the Day: Colorized Photo of the Tower Bridge Under Construction, 1889 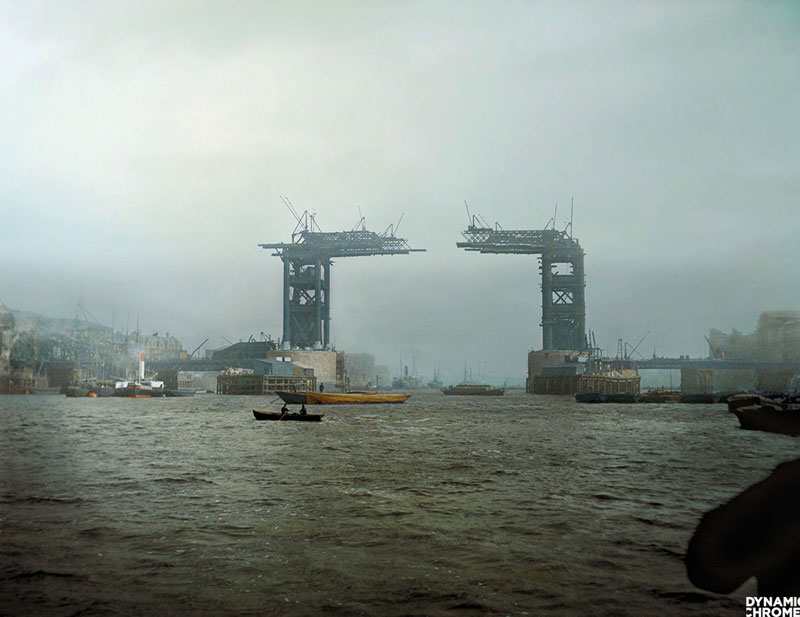 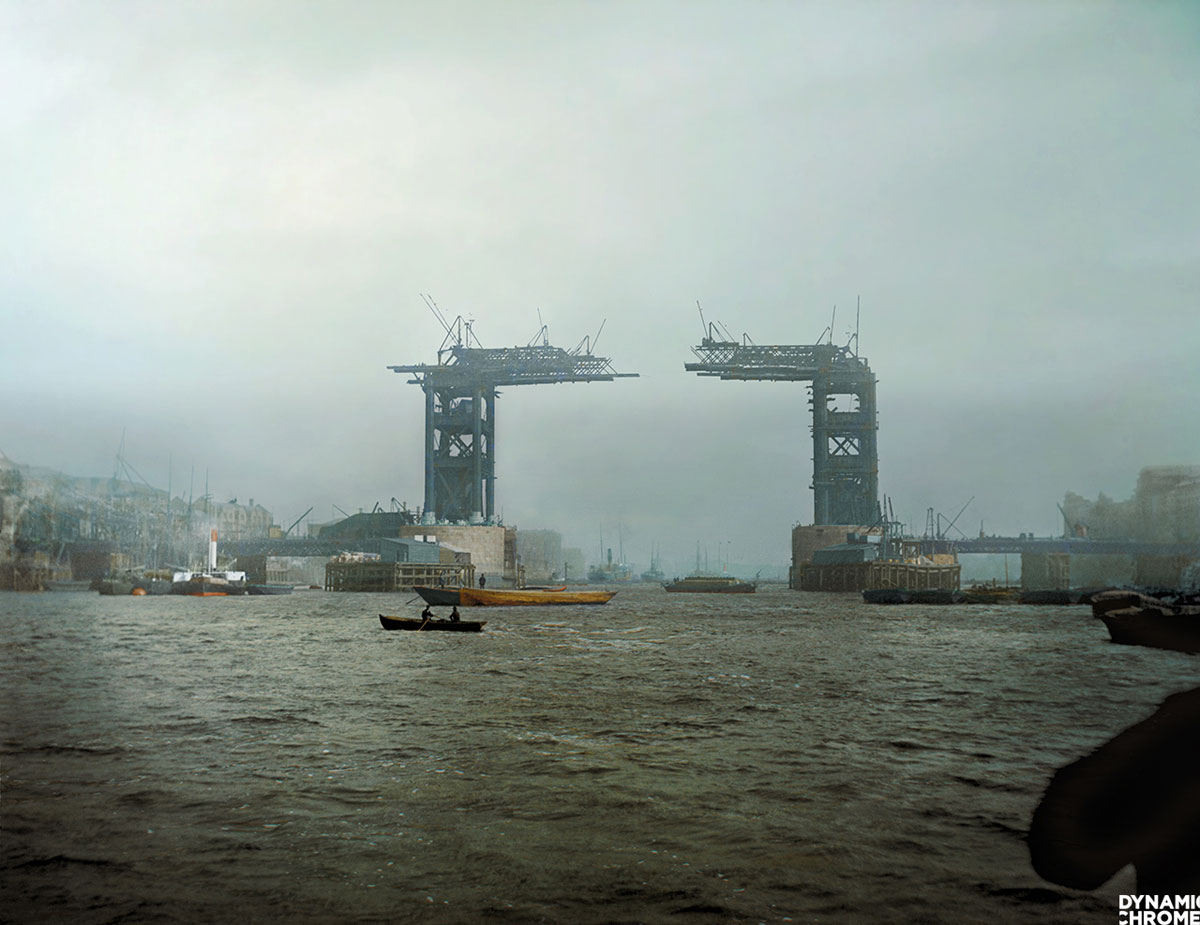 In this amazing colorized photo by Jordan Lloyd of Dynamic Chrome, we see London’s iconic Tower Bridge under construction in 1889. On Medium, Jordan adds:

Tower Bridge was begun in 1881 and opened in 1894, to designs by Sir Horace Jones. It was designed so that the central section could be raised to allow the passage of ships to and from the busy wharves of London.

The 11,000 tonnes of steelwork would be eventually clad in Portland stone and Cheesewring granite from Cornwall which can be seen at the base of the bridge. The numerous ships and skiffs lurking in the background are all sourced from contemporaneous paintings of the era.

This image appears in the upcoming book, The Paper Time Machine, co-authoured by Wolfgang Wild of @Retronaut, in collaboration with Getty and @Unbounders. Find out more about the book and make a pledge at unbound.co.uk/books/paper-time-machine

via Dynamic Chrome on Medium